Roger that, your new radio is sounding good here in downtown Spokane, whats your 10-20?

Spokane? Wow, Im over here in Seattle, there must be some good skip conditions today.

Yeah I guess skip is rolling, I thought you were a local station here in Spokane. My handle is (Redbelly), hows the weather over there in Seattle?

Hey (Redbelly), handle on this side is (Billy Jack), were getting rain right now, but looks like its starting to clear up, how bout on your side?

Weve had snow the last couple of days and tonight were going to have freezing rain.

10-4, well I appreciate the radio check, never talked to anyone in Spokane before on the radio. Best wishes (Redbelly), have a good weekend!

No Problem, you take care and try to stay dry, well be on the side.

From the point in this conversation where the CB operators realized their relative locations to each other to the end of the QSO they were violating the law because they were in direct violation of federal FCC rules.

The two stations in question were approximately 280.00 miles away from each other and therefore this was a clear violation of the FCC rules regarding CB radio transmissions. The FCC has the right to fine you up to $5,000 if they can prove that you WILLFULLY and REPEATEDLY violated the communications act or FCC rules. 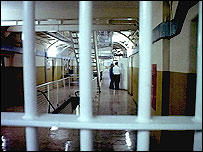 In this particular case the stations were willfully violating the law, but unless the two stations were having a conversation daily it could not be considered an event that was occurring REPEATEDLY. Neither of these radio operators were malicious, and even though they were in violation of federal law I would hardly call them lawbreakers. But maybe the question of their criminality is not the one we should be addressing.

The real question we need to ask ourselves and the FCC is Are these rules effective and relevant in the year 2007?. The current set of rules has remained virtually unchanged for the last 30 years. The original FCC rules were supposed to help keep order on the airwaves at a time when CB radio was a preferred method of local wireless communication.

CB radio is still used by many people locally, but with the low price of cell phones it no longer is a preferred form of mobile communication. Even truck drivers have cell phones and GPS connectivity and a CB isnt their lifeline anymore. CB radio users these days tend to use CB radio a little differently than it was used in the 70s or 80s. By and large it is not a form of emergency communication anymore, nor is it used a lot for roadside assistance.

Today CB is used as a hobby form of communication. CB operators enjoy shooting skip (talking to stations far away when atmospheric conditions allow your signal to skip long distances), they even have contests each month to see who can make the most DX contacts. Many people only use the CB occasionally when they head out with their 4 x 4 clubs and others use the CB radio daily as sort of a meeting place or chat room in the evenings to make friends or just socialize.

The problem is that many people enjoying CB in these common ways are in direct conflict with the old FCC rules. The most common in fact is the violation regarding not talking to stations over 155 miles away.

As any CB operator will tell you, making long distance (DX) contacts is a blast. Talking to another CBer half way across the country or even on the other side of the country is an amazing experience. I myself have found that talking to stations locally is no longer my preferred use of the CB radio. Skip talking  especially on Single Side Band (SSB) is so popular that on any given day the majority of people on SSB are there to try to make DX contacts.

These CBers are on the radio every weekend enjoying them selves and talking in a polite manner to other stations all around the world. Contacts from the United States to Australia are quite common, as are contacts to South America and the Caribbean.

Almost everyone involved with CBs these days is aware that people love to talk skip and that they do it on a regular basis in direct violation of the FCC rules. But once again I ask you the question, are these people criminals and should they be treated as such?

The real problem isnt with the actions of the CB radio operators; the problem is that the FCC hasnt changed the rules to represent the changes that have happened with CB.

Another example of this is the common use and sale of export radios in the US market. Export radios are basically hopped up CB radios that have more options and more output than your standard 4 watt CB radio. Most export radios put out between 10-30 watts on AM.

Now why in recent days have export radios become so popular? Well most CB radio users who buy an export radio do so because of the extra output wattage. And they are not doing this because are willfully trying to break the law; they are doing this out of necessity.

In 1970 the United States was more sparsely populated, had less buildings, power lines and telephone lines. There were no cell phones, no microwave towers, no broadband internet connections, and no home computers. But as we know, that has all changed and now there are cell towers everywhere, computers in every office and home and power lines and phones lines along every major road. This may mean progress for our nation but all it means for a CB radio is STATIC.

Yes, static caused by electrical interference. The average level of static picked up by your CB has increased anywhere from 25-35% by my estimates over the last 30 years and this means that its harder and harder to hear anyone on the CB radio. In some areas the interference from electrical devices is so strong that CB radio communication is not even possible.

Now this creates a very large problem for CB radio operators. How are you supposed to enjoy and use a CB radio when you can barely hear someone only 5 miles away because of all the interference? Well the only thing that you can do under these conditions is to increase the amount of signal power so that your stronger signal can be heard above the high level of static. In many cases where 4 watts will not allow two users to talk normally when they are 5 miles apart, 25 watts will let them have a perfect conversation without any worry of trying to be heard over the electrical noise.

One of the reasons the electrical noise has gotten so bad is because the FCC has not enforced its regulations on many devices. In addition many power companies and phone companies are not being regulated properly by the FCC and the level of interference and radiating signals coming from their devices is in direct violation of FCC law.

So when a CB user goes out and buys a radio that has an output of 25 watts they really aren’t the one to blame. The FCC did not do its job for the last 30 years regulating the large utility companies and the manufacturers of electronics. Its the FCCs responsibility to recognize that their own lack of enforcement has led to an increase in interference and that they need to change the current CB regulations to allow for higher output to counter these conditions.

Even Ham radio operators have recognized that this electrical interference is becoming one of the biggest hurdles to amateur communications. The power companies have been testing BPL (broadband over power line) systems in many areas and Ham radio operators are complaining that the interference is so severe that in many cases it completely blocks the ability to communicate effectively in certain bandwidths.

The majority of CB operators I know who really love using the CB radio on a daily basis are not troublemakers. They are not criminals. They are hobbyists who are doing what they love. They talk skip at every chance and a large proportion of them use radios that have outputs in excess of the legal limit but do not operate at excessive or unacceptable levels.

These operators dont have any wish to cause trouble or interference; they only want to be able to enjoy talking on their CB radios.

With over 30 million CB radio owners in the United States at some point the FCC is going to have to recognize that in 30 years a lot has changed and CB radio has changed with it. When they are ready to make new rules that truly reflect the use of CB radios in this day in age, they will find that the support of the CB community will be on their side.

Until then, millions of CB operators in the US will have to continue their lives as criminals.