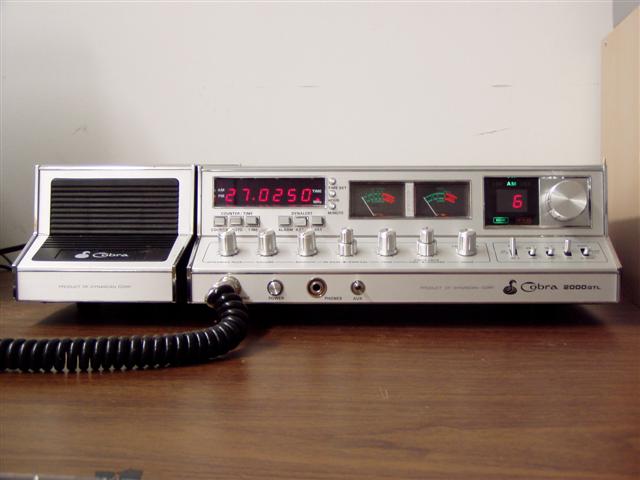 I can still remember the first time I saw a Cobra 2000 GTL at my local CB shop. I had gone in to have my Sears Roadtalker 40 looked at to see if they could fix a modulation problem and while I was waiting I ended up spending 30 mins staring at a brand new Cobra 2000 GTL in their glass case. I think I must have been drooling by the time I asked the shop owner how much it costs.

When he told me, my heart sank. There was no way a 16 year old kid could afford such a fine radio. And so I went home and tried to forget about the beautiful radio that sparkled in the shop.

Over the years I had seen friends that owned one, or heard them on the air and I always swore that one day I would buy one for myself, but I just never seemed to get around to buying one.

Don’t worry, it’s not a sad story…..yes eventually I did find a very nice condition Cobra 2000 GTL and found a place for it in my shack. I couldn’t wait to try this radio out on the air and it didn’t disappoint.

Many people ask why this radio is so popular and one of the big reasons has to be the plethora of features.

Yes – I said plethora,…..this radio is overflowing with cool knobs and switches. 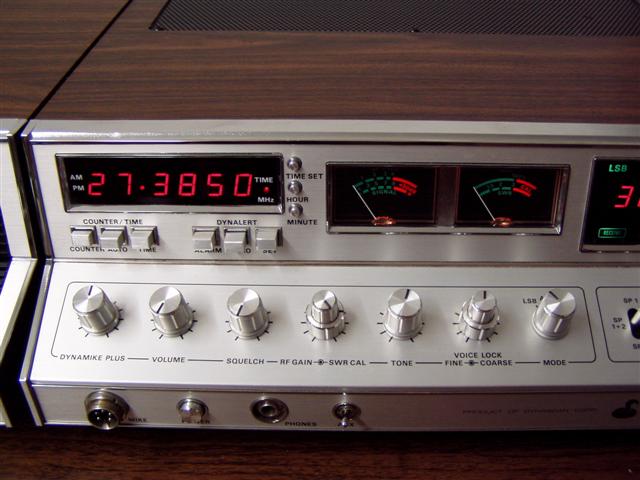 But it’s the extras on this radio that really make it stand out. It has a tone control adjustment so that you can lower or raise the pitch of the incoming signal, this is a great feature if someone you are talking to has a high scratchy voice or even if the incoming signals have a lot of high pitch static in the background.

This radio also has a speaker switch – it allows you to use one speaker, two speakers, or the 2nd speaker. In most cases if you only have one speaker this feature isn’t real handy, but I do know a number of people that have both a stock Cobra 2000 GTL speaker and a special noise canceling speaker hooked up at the same time to their radios. In this manner you could use both speakers or use just the noise canceling speaker on days where you need to cut out some of the high pitch fuzz. 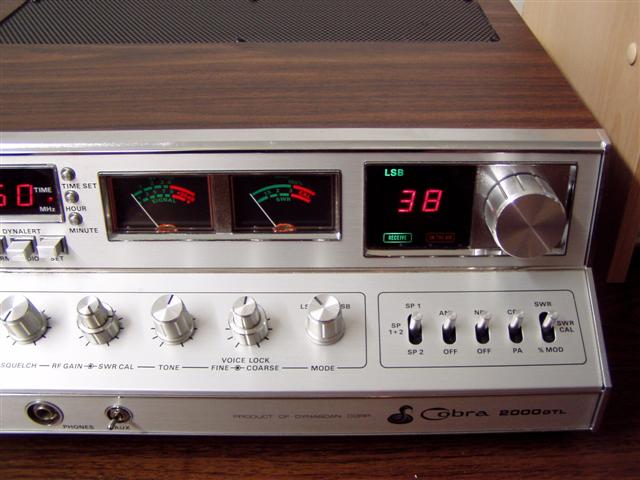 The Cobra 2000 GTL also has a SWR/SWR CAL/ MOD switch which makes use of the right most meter (did I mention this radio has two meters…another great feature!). This switch allows you to either check your SWR or see your modulation %. The left meter is a signal / RF output power meter. 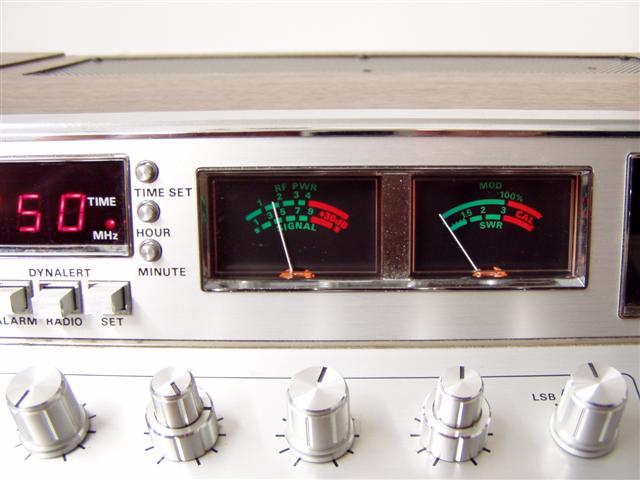 And the last big feature I’d like to mention is also one of the reasons this radio is so sought after: the frequency counter/clock.

The Cobra 2000 GTL unlike so many other base stations produced around the same period came standard with a 6 digital frequency counter / clock combo. The frequency counter on this radio really adds a nice touch both in looks and function.

In addition to the clock / frequency counter – the clock function also allowed for an Alarm function as well as a radio power on function that allows you to set a time upon which the radio will power on.

The three buttons on the right side of the clock display are for setting the time. 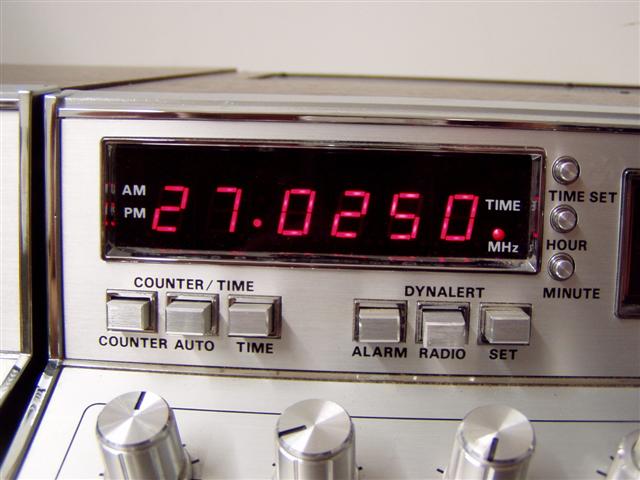 The Cobra 2000 GTL isn’t known to be a powerhouse, but it is famous for its amazing receive. These radios have a super quiet receive that can picks out those far off stations. Until you’ve tried one it’s really hard to understand how nice they are to listen to. In my area we have a lot of ambient static and with the ANL and NB on this radio is very quiet. I can adjust the tone control down a bit and the background static becomes nothing more than a mellow buzz. Very easy on the ears. This radio has a dual conversion receiver in it.

On AM this radio will deadkey around 4 watts and swing upwards to 8 -10 watts (this is with the limiter intact and no mods). Once modded many people will see these radios swinging 15-18 watts on AM and 20 watts on SSB. These radios match up very well with a solid desk mike such as a D-104 or Turner +3.

Audio is loud and clear without being overmodulated and you don’t need to do much to make these radios talk well.

As far as setting up these radio for talking, if you have a mint untuned radio I’d just turn up the modulation pot a bit and set the ALC for some good SSB swing. Add the desk mike and you’ll have a fine talking radio. If you need more watts – don’t try to squeeze it out of the radio, just lower the AM deadkey of the radio to around 2 watts and add a small amplifier.

Now that being said….if you have a Cobra 2000 GTL in less than stellar condition and you’re going to be doing some mods to it – there is some fun stuff you can do. Removing the limiter (while not recommended with most radios) can be done in this radio (much like on the Uniden Madison) without any serious problems as long as you keep the modulation level in check with the mic gain control. There are a whole string of mods you can do – I’ll list some links at the end of this article.

To put the performance of this radio in perspective – lately I had been running a RCI-2950DX and a General Longstreet as my SSB radios on the base using my Turner +3 microphone on both. I hooked up the Cobra 2000 with the Turner +3 and got a radio check from my good friend about 45 miles away and he said that although I dropped from 3 S units to 1 S unit, the radio sounded just like my two exports (both of which sound very good on SSB!). He really couldn’t tell much difference.

With some of the modulation mods this radio can be loud and proud on AM as well but in most cases it still won’t have the same AM sound as a Galaxy, General Lee or other audio monsters, although I have heard one or two that were set up by techs in the know and they could definitely hold their own.

Owning a classic radio means that it may need more upkeep and things are bound to fail over time with lots of use. The frequency displays and channels LED’s have been known to go out on these radios. In addition you’ll often run into radios with scratchy knobs or sticky switches depending on how well the radios have been cared for. Meters in these radios are also known to get stuck and meter lights will eventually go out. None of these are serious issues though but they are something to be aware of when purchasing or owning an older radio.

One of the more interesting aspects of this radio (and also the Uniden Madison) was that they did not come with an internal speaker but instead used external speakers for sound. The matching speaker for the Cobra 2000 GTL is a pretty cool piece in and of itself with its chrome and wood case.

Over the years the speakers are getting lost and I’m seeing more and more Cobra 2000 GTL’s selling on eBay with non-matching replacement speakers or no speaker at all. In addition the individual speakers are often selling for $50-125 by themselves to collectors looking to complete their Cobra 2000 GTL base station.

So if you have your speakers with your radio make sure to take care of them and keep them close to the radio as its hard to find used replacements in good condition these days. 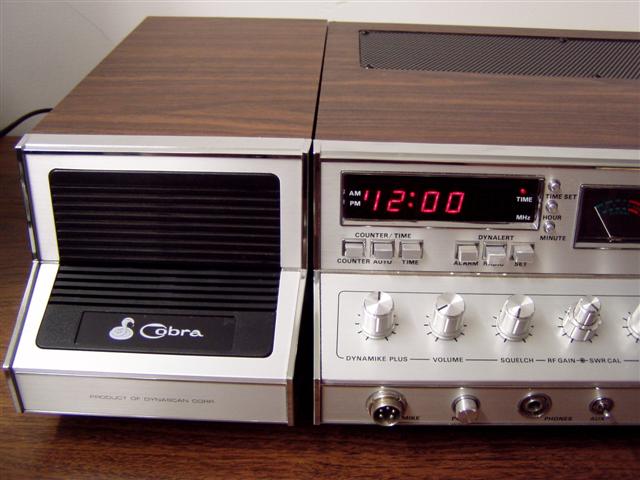 This radio has really become a legend in our hobby. New in box radios will sell for over $400 and people collect these things like rare stamps. I’ve heard some people ask what all the hype is about and they’ve made the point that there are newer radios that have more features along with better output numbers. I think those people are missing the nostalgia as well as the pride that goes along with owning a classic radio (especially one in mint condition). Not to mention that this CB radio is really still at the top of the class in terms of a CB base station with frequency counter. I can think of at least 10-15 base stations made in the last 10 years that were very shabby in comparison.

It’s a classic, it has amazing receive, great performance on AM and SSB, a frequency counter and it’s just plain cool. Isn’t that reason enough to own one? 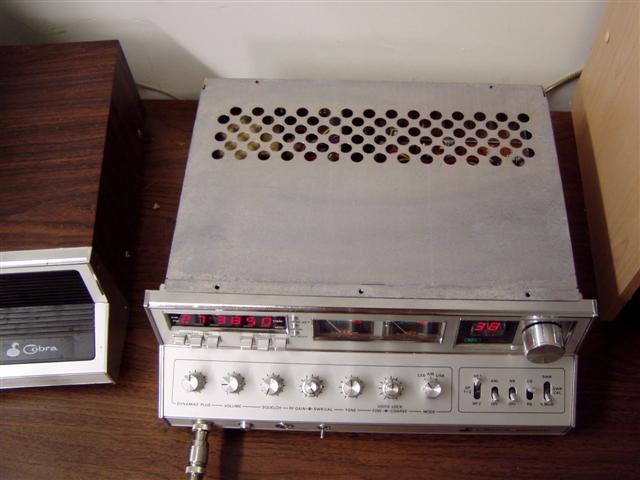 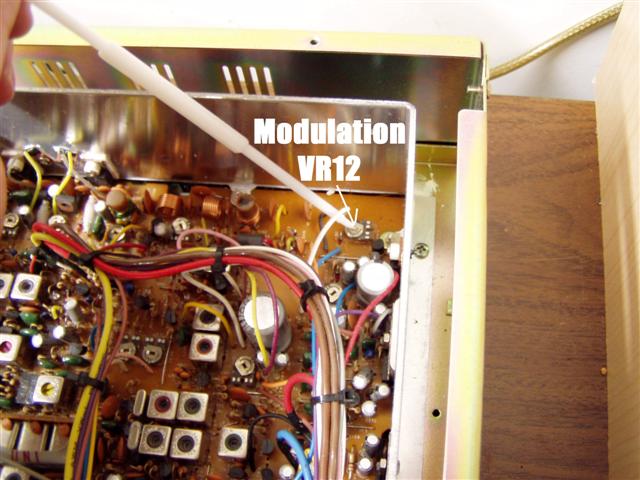 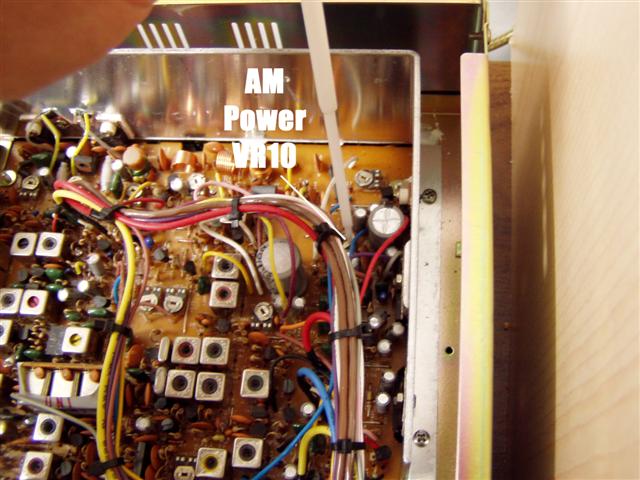