In 2002 after not owning a base radio for quite a number of years I picked up an Eagle Tomahawk which is the cousin to the Comanche Warrior. I was really excited when I first picked it up, not only because I got it on eBay for $60, but because it was one of the first 10 meter export bases I had owned that had memory channel functions.

I’ve always been a big fan of memory channels that can remember both mode and frequency/channel. It was one of my favorite functions on the Magnum 257 and it’s one of those things that just isn’t found on enough radios these days. You can touch two buttons and jump from 27.3850 LSB to 27.0250 AM in less than a couple of seconds.

The Comanche Warrior has that and more in store for the export fan. Although this radio is no longer produced there are still plenty of them (and their cousins the Eagle Tomahawk and CBS-1000) floating around out there for you to pick up on eBay or at your local hamfest.

This radio has dual meters, LCD display either showing the frequency or channel, and plenty of functions including LCR (last channel recall) and a Scan feature.

In reviewing these radios there are some things that jump out right away. The internal speaker is crap. It’s small and tinny and doesn’t have very good response. The stock microphone is also crap. It allows you to change channels with up/ down buttons, but is lacking in its ability to pick up your voice.

The NB/ANL function works okay and cuts out some of the electrical noise, but the receive on these radios is still often noisy.

The memory channels are really fun. As much as I have found these radios lacking I always come back to the features I really enjoy. On my Magnum Omegaforce I often would find myself toggling between channel 6, 11, 28 and 38 LSB when the skip was rolling. Not having to flip the channel selector in circles is always a plus in my book and it saves wear on the radio. But I just love radios that can remember the channel and the mode – going from 38 LSB to 6 AM and back again without touching a AM/FM/LSB/USB knob or a channel knob is a really cool feature.

B) You need to open the SSB ALC quite a bit to get forward SSB swing to a reasonable level.

Now after doing all of those things you’ll come to find out the truth about this radio. It can receive and transmit, but it’s not a performer. I’ve owned two different versions of this radio and in most cases on SSB you are going to see 15-18 watts max. On AM maybe a solid 10-12. They are not big swinging radios. My Cobra 142 and Uniden Madison seemed like dual final radios compared to these things.

Secondly they are not very good modulators – after a lot of work on one of these radios I was able to get it talking pretty decent but it was never anything special and not worth the time and effort I put into it. You can easily run out and buy an old used Cobra 142 or President Washington and you will talk circles around this radio.

Now people may disagree with the numbers I’ve posted above for PEP – and yes I’ve seen these radios do more watts than that on a meter but only after a limiter was removed and some swing mods performed.

The real question that comes to mind is- why would anyone want to buy one? Well, as I mentioned before this radio has features that really can’t be found on many other export base radios. The kind of things that are fun, but are you willing to trade off good audio and power output for a couple of fancy features?

There are a lot of people out there enjoying these radios and talking nightly on them and the radios are treating them just fine. But for those of us in the hobby who want to dominate the airwaves it just will never happen with this radio.

Much like the review of the Cherokee CBS-500, this radio incorporated some neat functions but as a real world base radio it just doesn’t stack up to the competition. The CBS-1000 is a newer version of this same radio with some updates, but alas it also is going to fall into the same grouping of radios that came close but can’t deliver. These newer base radios always seem to get us excited about the hobby but when we bring them home we find out they just have a “cheap” feel to them. Of course they aren’t a top of the line model radio, and we can’t really compare a $199 export to a $499 export (such as a RCI -2995) and expect the radio to stack up. So maybe for the price these radios aren’t too bad of a buy for a brand spanking new base, but in a day and age when people are selling Cobra 2000’s at garage sales for $150 it isn’t hard to pass up these radios for something that has proven itself to be a real talker in the CB world.

After owning and using both the Eagle Tomahawk and Comanche Warrior I really wasn’t impressed with their performance and won’t be owning either one again. 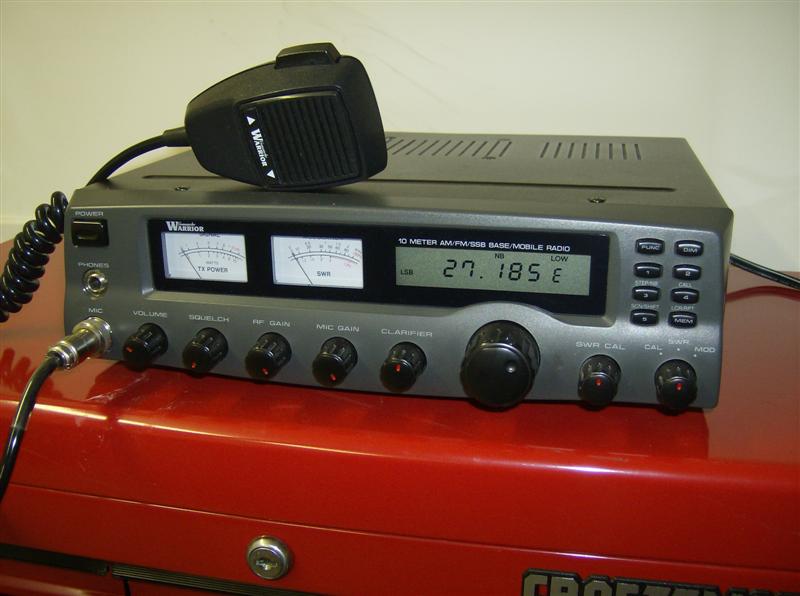 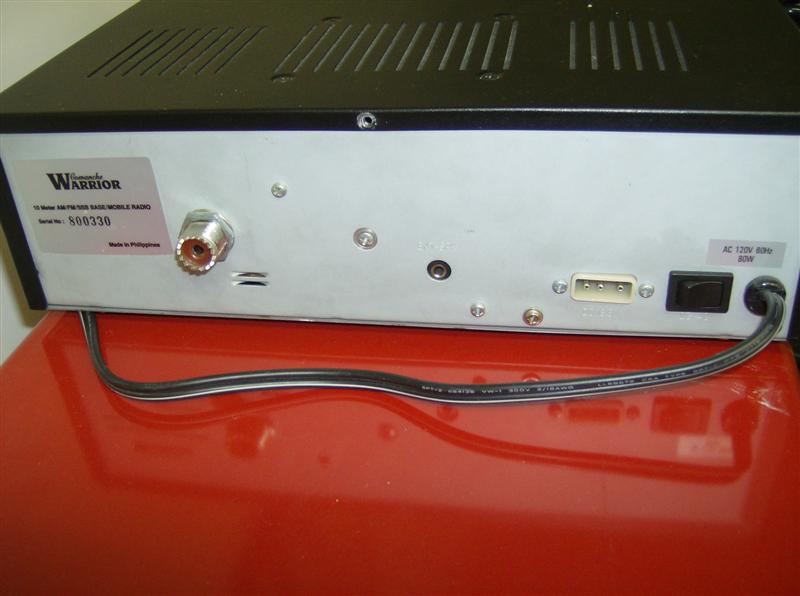