Coaxial cable isn’t something I normally do reviews about because most CBer’s are more interested in new radios, antennas, or amplifiers. Coax is one of those things that many CBer’s take for granted and it’s a pity. People will spend $400 on an expensive export base radio, another $300 on a amplifier, $150 on a fancy meter, and then when it comes time to buy the coax they skimp out and buy some cheap no-name RG-8x coax or worse yet they buy RG-58 from Radio Shack.

Having quality coax is an integral part of a good working station and buying the cheap stuff can result in high SWR’s, early failure of the coax itself, and in a worst case scenario damage to your equipment.

This summer I did my first mow of the yard and what I didn’t notice was my old RG8 coax had come loose from the house and was laying directly in the path of the mower. The coax lost the battle but it was fairly old and was showing signs of UV damage anyway so it was a good time to upgrade.

I’d been hearing many good things from the ham community about 50ohm Davis RF 9914F Bury Flex Coax and so I decided to do some research myself online including reading the reviews posted on eHam. The overall consensus was that this is some good coax so I decided to buy 100 feet with the PL-259 Amphenol connectors attached at the factory.

Bury-Flex Coax is a high quality heavy duty RG8 type coax and has a bonded foil shield on top of the foam dielectric and then tinned copper braid over the bonded shield. Bury-Flex has been a very popular product both with hams; commercially and with the military.  It is not strictly for burial either as it serves almost all other (similar) transmission line applications, has a high durometer Polyethylene outer jacket which provides a high abrasion resistance and low loss for it’s OD and cost.  No plasticizers in Polyethylene so it does not suffer UV thus can last 30 + years in most outside extremes.

An example of how upgrading your system effects your outgoing signal –

Of course many people do go with the LMR400 or Belden 9913 over the Davis RF Bury Flex but the difference in loss is fairly minor and the benefit is the construction of the Bury Flex.

Bury Flex uses a Polyethylene outer jacket which is highly abrasion resistant, as compared to PVC which is not nearly as durable. This product is directly burial able and Polyethylene is non-contaminating to its dielectric or to other cables with which it is bundled.

My coax arrived within 3 days and had been sent in a flat rate box which kept the shipping rate relatively low ($12.00). I was told that they can jam up to 100 feet in the medium flat rate box but longer than that and they have to go to a bigger box.

The coax came with the PL-259 connectors pre-attached from the factory and had been nicely heat shrink wrapped as well. A 100′  length of coax with the connectors factory installed retails for around $112. 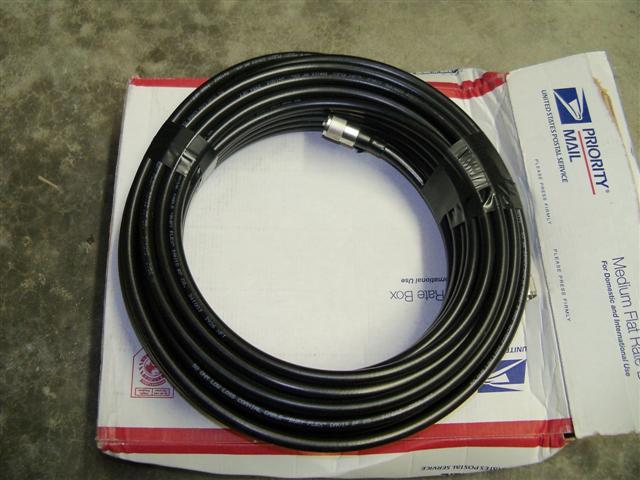 The cable comes labeled with the Davis RF Bury Flex name printed on the jacket which is something I like to see. I have bought coax from a couple of places in the last couple of years where the stuff they sent me ended up being a knock off brand compared to what they were advertising. 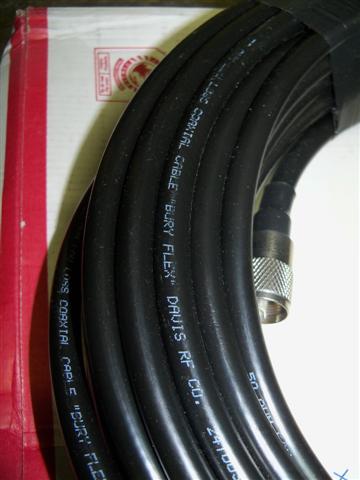 I normally would add the PL-259’s myself but I figured I’ve been busy enough lately and decided to have the factory install them. They did a nice job and used the mid/high quality Amphenol connectors. The overall finish of the install looks quite nice and feels very solid. 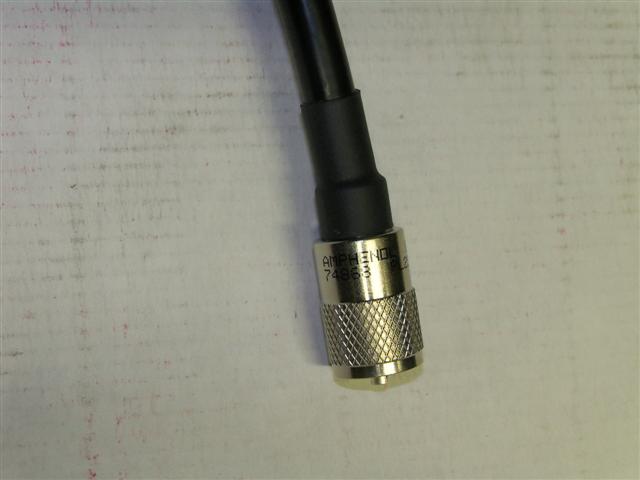 One of the biggest concerns when going to a new type of coax is flexibility and how tightly the coax can be wound for baluns or just general routing around the shack or tower. I found the Bury Flex to be more flexible than I expected. I got it wound pretty tight around my mag-lite but in one of my less professional moments it began to fall off before I snapped the picture, but hopefully you get the general idea. 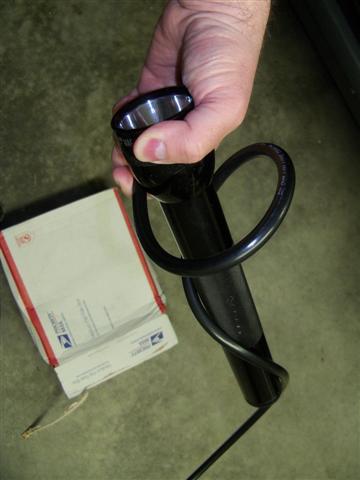 Within minutes of receiving the coax I went to work. I connected to the antenna I have on the back side of my property and began a very thin trench in my grass about 8″ deep and it crossed about 75” of lawn before reaching the house. I didn’t actually dig up the grass, what I did was dig in at a deep angle and lift up the grass/dirt and shoved the cable down to the bottom of the trench. This method seemed to be fairly effective and quick and within about 30 mins I had installed my coax from antenna to the house and had pushed the grass back down and into place. After a week of summer sun and rain you can’t even tell where I had been digging.

The coax itself is “direct bury” meaning you can just dig a trench and place the coax in and cover it back up with dirt. This makes it ideal of those operators with towers or antennas on masts that are located a good distance away from the shack. From what I’ve heard, this coax will last very well when buried and the jacket is very tough. Now you could always take it one step further and run some PVC for the coax to sit inside for extra protection but it’s not necessary. Time is always a factor for me and I’m sure there were multiple ways I could have improved my coax install but I found the straight into the dirt aspect of this coax great and within a hour I had the radio fired up. 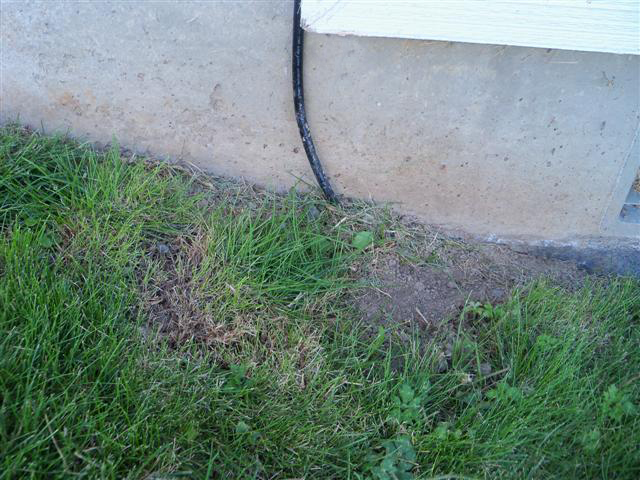 I had the coax terminate at my ICE HF arrestor and went inside to give the new coax a try. 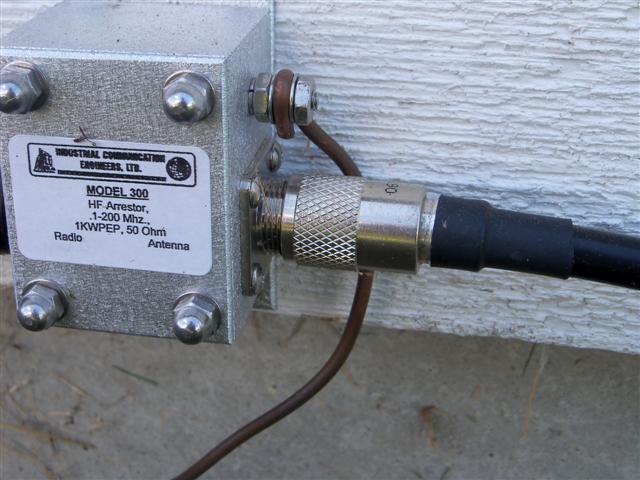 For testing of coax it is possible to use a antenna analyzer such a MFJ-259B or a oscilloscope to try to see if the coax meets the factory specs exactly but I’m not going to go that far in this review because of time limitations and the fact that the coax is already installed and is performing beautifully. I also doubt spending time testing the velocity factor or other components of the coax would yield any surprises especially with the large number of positive reviews from ham’s and CB’er that have been using this coax for years.

After multiple months of testing (I had left this review sitting for a while and decided it was high time to finish it) I really am impressed with the coax after giving it some good use. I saw no changes in SWR even when larger amounts of wattage (500+) were applied. Signals are crisp and clear as always and it seems to function perfectly. The connections are all holding beautifully and the coax doesn’t seem to be experiencing any type of weathering (although I’m sure I will have to revisit this article in a couple of years to truly test the longevity).

In a coax review it’s rather difficult to really say much beyond the basics, but the BuryFlex really seems to speak for itself with it’s direct bury ability, it’s flexibility, and the level of quality in the factory installed PL-259’s. This is one of those products where it’s easy for me to say I like it and I’d recommend it to anyone I know. A clear winner.