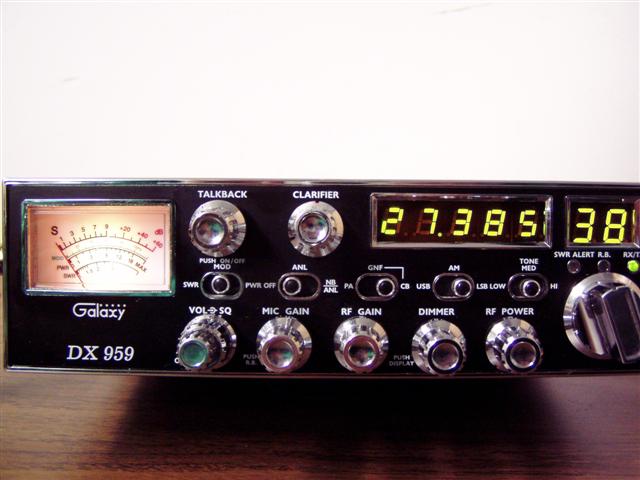 The Galaxy DX 959 is one of Galaxy’s most popular and best selling radios of all time. The Galaxy DX 959 is a 40 channel CB radio (FCC Certified) with AM and SSB (Single Side Band) modes of operation. The radio incorporates a large number of features – more than just about any other FCC type certified CB radio on the market.

When having a first look at the radio you’ll notice the size is comparable to other SSB radios like the Cobra 148 GTL or Uniden Grant, but that’s where the similarities end. The Galaxy DX 959 has a large S/RF meter, something Galaxy radios have become known for including on many of their radios. The larger meter allows the operator to have a more accurate reading and also is much easier to read than meters on most other CB radios on the market. The meter has four scales (Modulation, Output Power, SWR & Receive or S-Meter). It is backlit by an LED and is legible in low light conditions as well as during the day. While the accuracy of the meter itself is always a factor of how well it has been manufactured and calibrated by the factory, the large scale definitely allows for easier noting of the needle position. 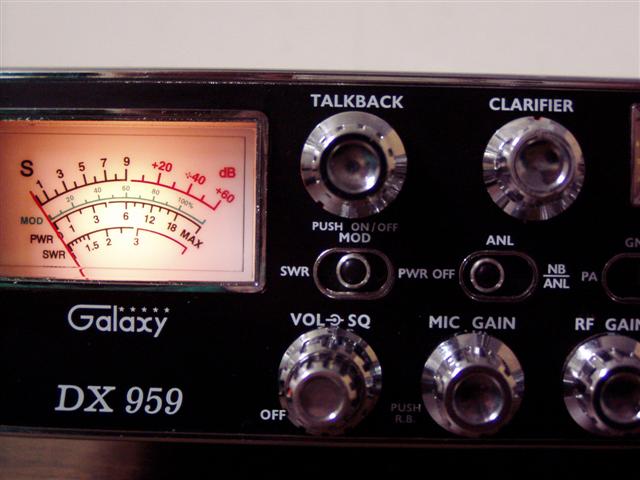 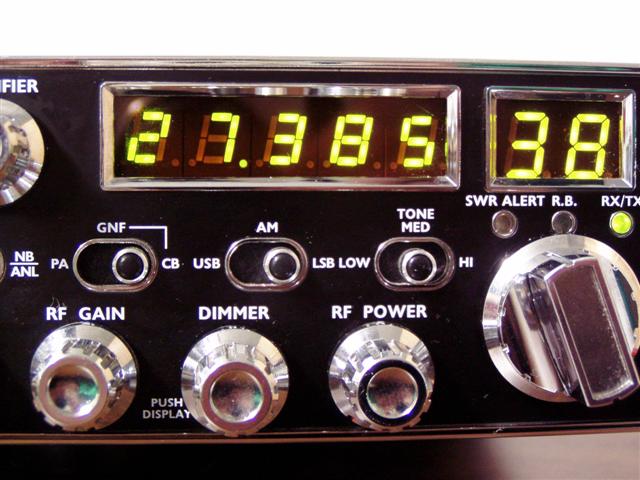 The next feature that I like and comes standard from the factory is the variable talkback. No more soldering a resistor on the PA jack these days. The talkback works very well and the variable control is excellent to have, especially when you need only a little bit of talkback when using the radio as a base. You can turn it completely off as well. A lot of guys will want to run an echo mike or install an echo board in these radios and the talkback feature really comes in handy. 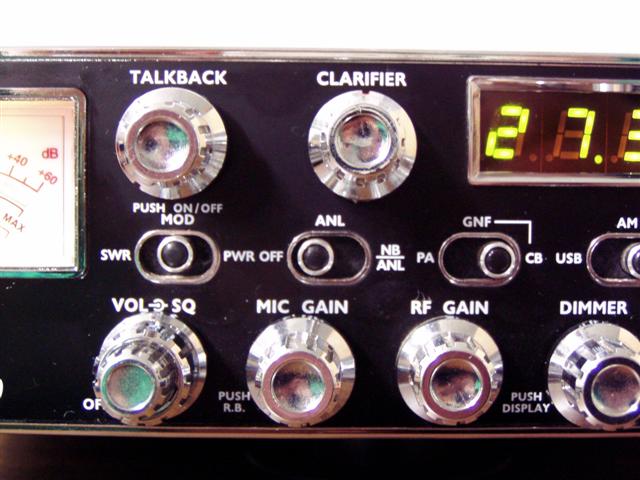 Now if the large meter, frequency counter, and talkback aren’t enough to get you interested than let me throw a couple more at you.

The radio has a special GNF feature (Galaxy Noise Filter) included particularly to help with receiving far-off signals on SSB.

It comes with a factory roger beep that can be turned on and off and includes an LED indicator so you don’t leave it on by accident when talking local.

The radio comes with variable power (probably the most useful of all the features) so that you can turn the radio down to a 1 watt deadkey or you can run it at full power just by turning the knob. This is an excellent feature if you intend to run an amplifier some of the time but wish to run the radio barefoot the rest of the time.

The rest of the features are fairly standard –

SWR/Modulation/Power controls for the meter display 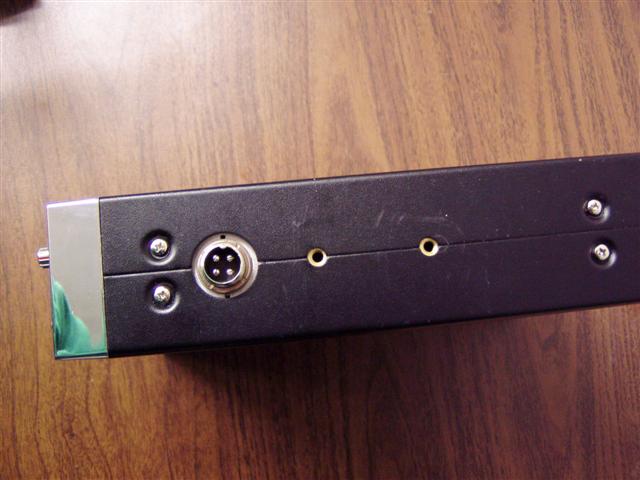 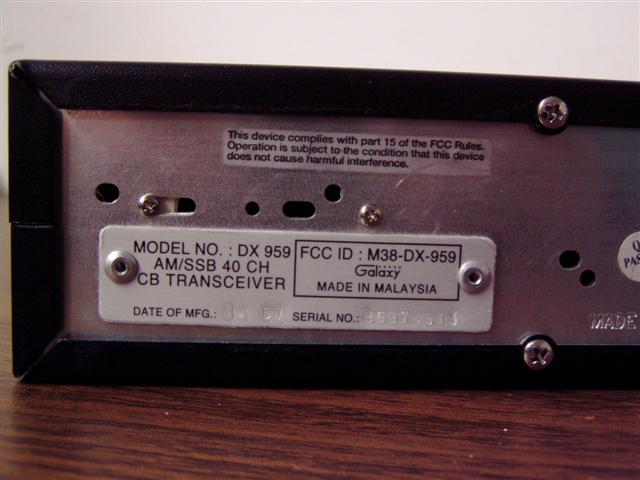 Something else that I like is that the radio is made in Malaysia. With just about every radio being made in China these days I like to see something that comes from somewhere else on occasion. 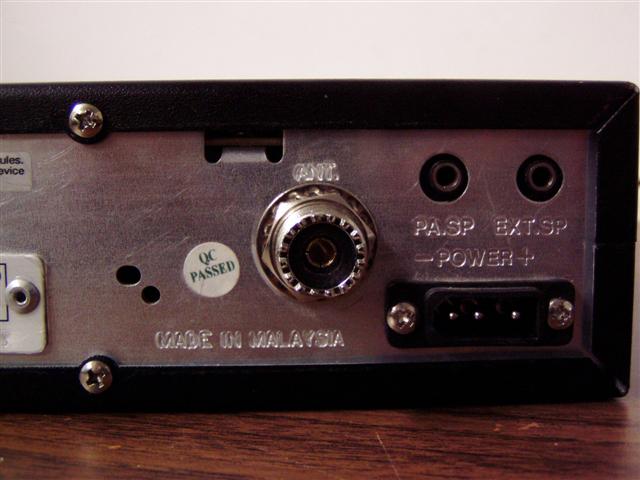 These radios used to come equipped with 1969 finals but now are being made with the mosfet transistors. I did have a chance to use one with the newer transistors and found that the mosfet equipped radios will have around 5-8 watts more peak output on average.

The Galaxy DX 959 has a very good receiver. Before I ever owned one for some reason I always thought the receive wouldn’t be as good as my other radios (no idea where this misconception started for me) but once I ran these radios for a couple of weeks and put them head to head with older units like the Cobra 148 GTL, 142 GTL and PC122XL, I found the receiver in the 959 beat out many of the older units. The Grant is still better receive in terms of tone quality but the 959 has ears that are just as good. A lot of this will of course depend on who tunes the radio as well (one of the 959’s was pretty noisy until I made some adjustments) but a good tech can set up these radios to hear very well.

On the transmit side – the DX 959 acts just like any other Galaxy radio: loud audio! Yes, that famous punchy loud Galaxy audio is very prominent in the 959 and although it definitely is louder on AM, I found that on SSB the radio was loud and very clear even with the AMC turned up fairly high. Add a power mike and you’ll really be screaming loud.

This DX 959 with mosfets had higher output once tuned up than just about any other type certified CB I can think of (tuning meaning a simple peak and tune without removal or addition of components). It was swinging around 28 watts from a 7 watt deadkey and would swing around 15 watts from a 1 watt deadkey.

I didn’t run into any problems with overheating even during long conversations and the power output was very consistent.

I’ve heard some people lately complain about the frequency counter on the 959 causing noise that is picked up in the receive. I didn’t run into this at all on either of the 959 radios I’ve owned and have no idea what they are talking about. In addition there have been complaints about radio drift on these radios, and while it’s not the worst I’ve seen, I would say that during warm up you may notice some drift on SSB. Once the radio reaches its operating temperature it seems to level out. If you do experience drift, there are some simple mods you can do to help and also unlocking the clarifier can help solve issues with TX and RX warming up at different rates

The Galaxy DX 959 is just jam-packed with features. This radio has more bells and whistles than most other CB’s on the market, but more importantly, the features are all very useful. Things like variable power and talkback are modifications we used to have to add to our 148’s and Grants, but technology and progress can be a wonderful thing and getting these additions straight from the factory is just awesome.

My only complaints about this radio are the lack of the 6th digit on the frequency counter and the slight drift on SSB, but those are things I can live with in exchange for a radio that comes with everything else I could ask for.

Throw in the fact that this radio just flat out rocks on AM and can handle itself on SSB and you’ve got a winner that will satisfy the needs of most CBers out there. For those people who run SSB 90% of the time, the complaints mentioned above might be enough to make you think twice about this radio, but for everyone else this radio will allow you to impress locals with audio and shoot some DX on SSB when you feel the itch.

It’s no wonder the Galaxy DX 959 has been one of the best selling radios ever for Galaxy and hopefully they’ll continue to produce radios like this one that really have all of the features that a 21st century CBer demands.

ADDITIONAL PICTURES AND A VIDEO REVIEW 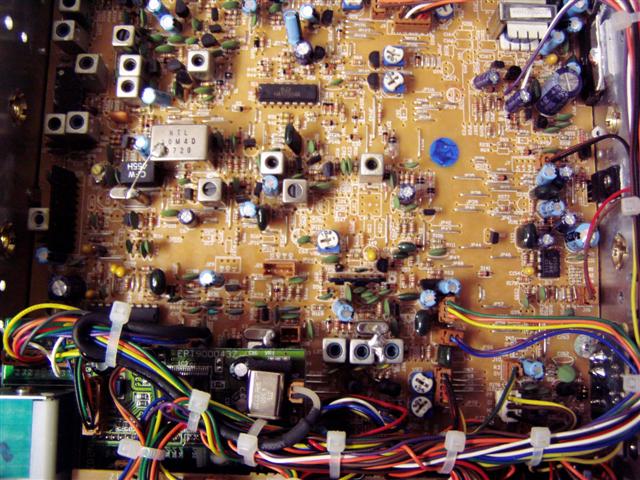 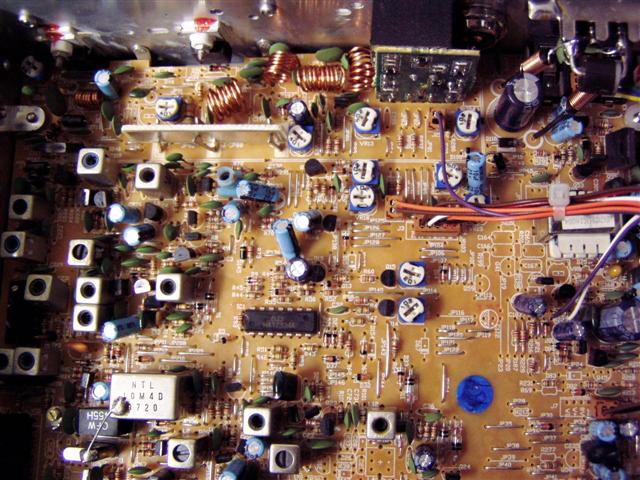