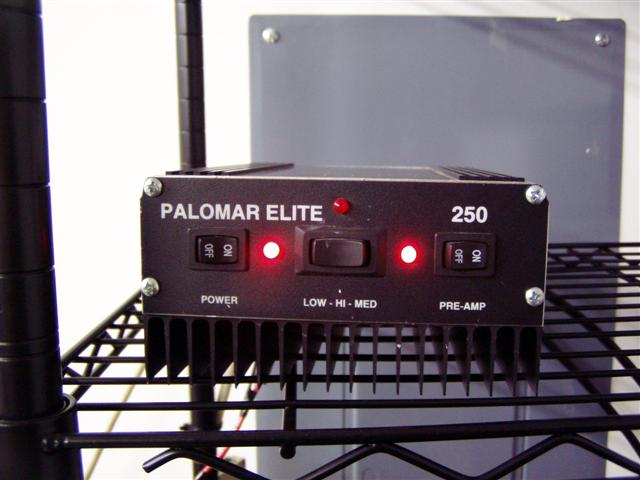 In this quick review we’ll be taking a look at the Palomar Elite 250, one of the many amplifiers floating around out there that carry the Palomar name. Palomar amplifiers have been made by multiple companies over the years and the name became synonymous with CB type linear amplifiers. But while the name was put on many different amplifiers the quality and capabilities of the amplifiers could vary greatly.

The Palomar Elite 250 is a 2 x 1446 transistor with a pre-amp and a power output level control switch. This amp has three lights (one for power, one for pre-amp, and one for TX).

The amplifier doesn’t have a fan, but instead has cooling fins that run the length of the radio along the bottom. The top case is held on by four screws – two in the front and two in the back (the upper screws shown in the above picture).

Removing the top cover gives us a nice look inside the amplifier.

As you can see there is a lot of room inside and most of the components are spaced out pretty well.

I was told this amplifier was AB biased and so far the reports on-air have come back that it’s a very clean sounding amplifier, especially on SSB.

Speaking of SSB this amplifier has an automatic SSB delay built in. The automatic delay has worked great and I’ve encountered zero issues. 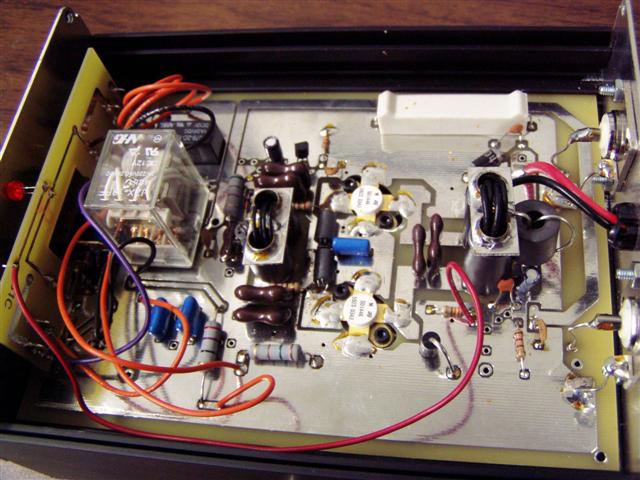 One thing I did run into on this amplifier – when connecting some LMR400 coax to the amp the coax connector on the amplifier came loose and the insulator pushed inwards quite a bit. I was able to buy a pack of replacements on eBay and after some quick soldering the amp was running again. I suspect the failure is because the jacks were cheaply made, as are many of the components on these less expensive amplifiers, but for a cost of $0.50 a replacement wasn’t a huge issue.

The rear of the amp is labeled with antenna and radio input labels to prevent hooking up the amp backwards.

Often in a mobile setup when adding a amplifier you may encounter SWR issues, but with this amplifier I haven’t had any problems with SWR, feedback, or stray RF.

I actually have set the input deadkey to .5 watts to get the amp to deadkey around 50-60 watts and swing upwards to 200 watts following the 1/4 ratio rule.

Since this amp doesn’t require a lot of input you really shouldn’t drive them with more than 2 watts input as you’ll sound garbled and the life of the amplifier with be drastically shortened. Of course there are always the people that will tell me that they’ve been running a stock radio with a 5 watt deadkey into their amp for 2 years with no problems and good for them, but it’s definitely not what I would recommend.

The preamp on this amplifier works excellent. In so many cases the preamps in amplifiers are useless or just cause a ton of static. In one amplifier I owned when I turned on the pre-amp I’d pick up a local radio station. The one in this amplifier works really well and definitely does a good job amplifying incoming signals without bringing in obscene amounts of static.

As for real world performance this amplifier stacks up really well in the 2 x 1446 category. While its output numbers aren’t as good as the Midnight Special 250 I tested recently, it doesn’t seem to have any trouble cutting through the airwaves to make a contact. On SSB this amplifier has really proved itself to be capable.

Even with multiple hours of use in the mobile the amp didn’t get excessively hot. I tried running this amplifier with a single final radio and dual final radios and it performed flawlessly with both, handling SSB swing of 30 watts without issue.

While it isn’t a power house and the amplifier still falls into the “cheaply made” category it definitely provides a good bang for the buck. It wouldn’t be my first choice as I’d rather have a nice Magnaforce 350 for SSB use, but I wouldn’t pass it up if you see one at the right price. 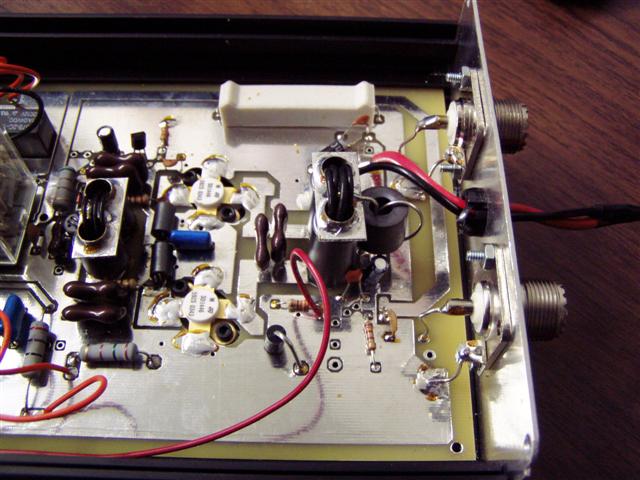 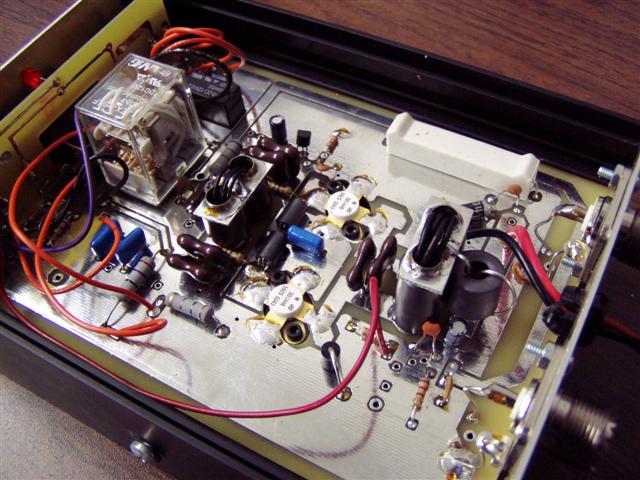 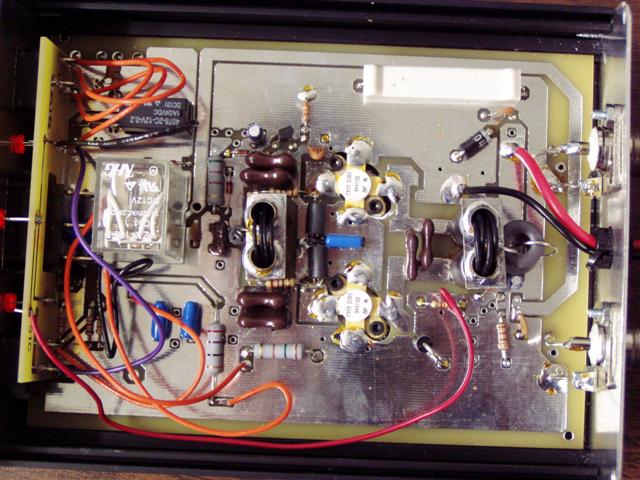 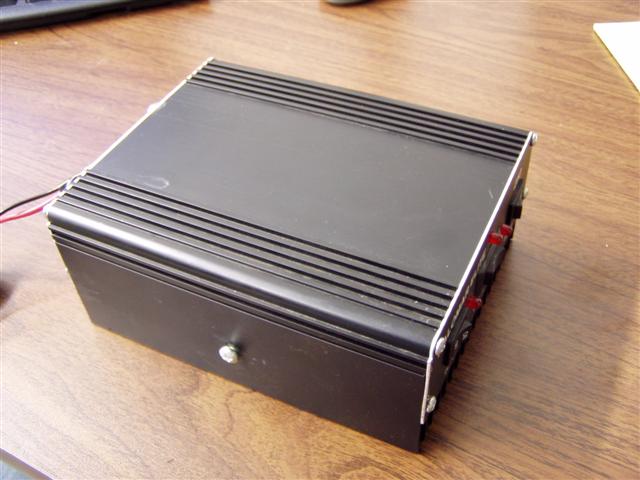 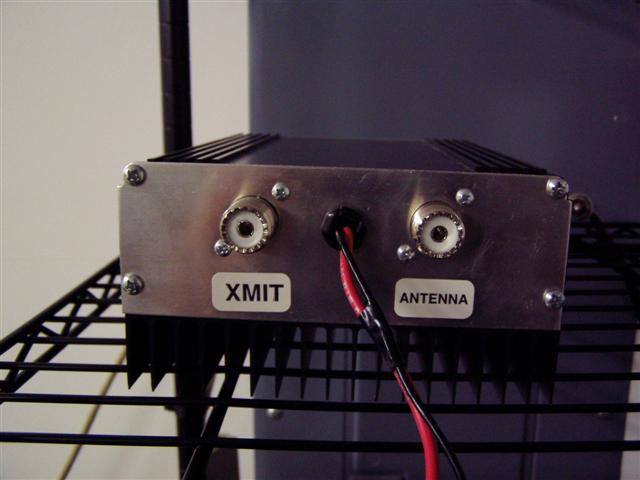 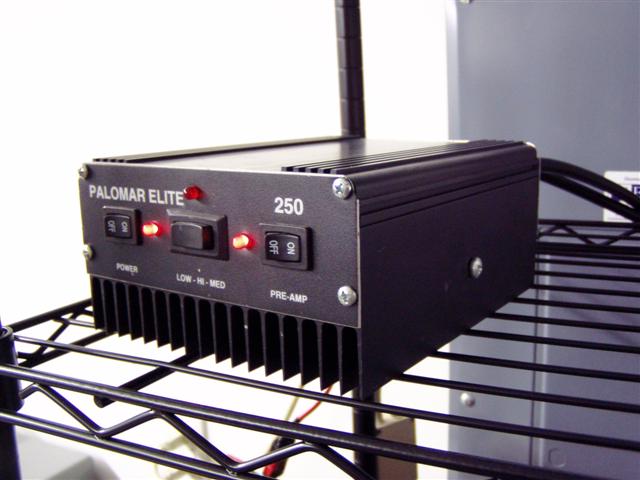