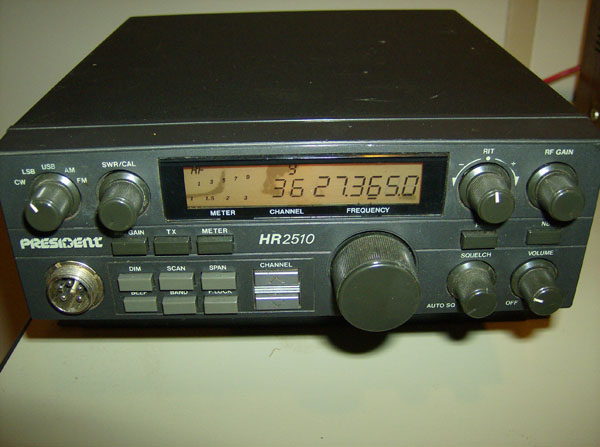 It was last year when I started getting interested in acquiring a President HR2510. I had heard them on the air before on SSB and they always sounded so crisp and loud. Then I started researching them online and people just couldn’t stop talking about how much they love this line of radios (Lincoln, HR2600, HR2510).

That was when I decided I had to pick one up and see if the hype was for real.

And I won’t keep you in suspense – everything people say about these radios is true.

These radios were originally built back in the 80’s and so there are fewer and fewer of them floating around these days, but people take care of them and spend money having them repaired when they break down because they love this radio.

The 2510 is a 10 meter radio or an export radio – however you want to classify it. It really is a Ham radio in many ways and many Hams have said that this radio is the only export that comes close to the quality of a “true” ham radio.

As you can see from the picture up top this radio is packed with features. It has AM, FM, LSB, USB and CW modes. It has a scan feature and a factory roger beep. It has a digital meter with a 6 digit frequency display and SWR functions as well. It really has everything you would need in a radio.

The radio puts out a fair bit of power and thus is supplied with a heatsink on the rear of the radio. Also in the back is the external speaker jack and the strange two prong power connector that these radios use. 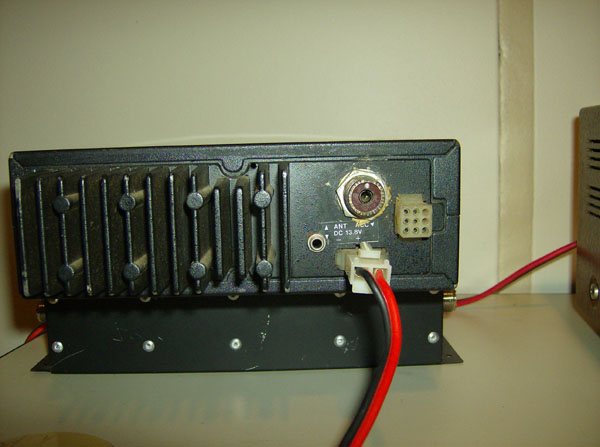 It takes a 5 pin microphone and the stock mike actually has up/down buttons on it so you can scroll through the channels without touching the microphone (only functional in some bands).

Now since this was sold as a 10 meter radio you have to have it converted (or convert it yourself) for it to work on the CB bands. There are a couple of different ways to do the modification and the results can vary – in some cases you may lose certain functions if you do the mod – or the freq will not display the correct channel – or in other cases you can add additional functions as is the case with the chipswitch modification.

Now when I first tried out a 2510 the thing that really hit me was the receive. It’s awesome. It picks up those far off stations without grabbing all that background noise. Its receive beat any other radio I had ever owned. The only thing that came close to the receive on this radio was my Philippines Grant XL and my Magnum Omegaforce.

On SSB these radios stay perfectly on frequency and give excellent sound reproduction. Often when I’m on SSB it sounds like you are on AM.

Deadkey on these radios from the factory was around 8-10 watts and should not be set any higher.

The audio on the HR2510 is pretty good on AM ( a power mike will really bring out the sound) but on SSB is really where these radios shine. They have a perfect sound on SSB – loud and clear. I’ve owned three different ones now and all of them had the same quality.

Now as for the AM modulation – the nice thing about the HR2510 is that there are a bunch of modifications floating around on the internet where you can get information on how to get more audio, increased power output, etc. No shortage of mods for these radios. 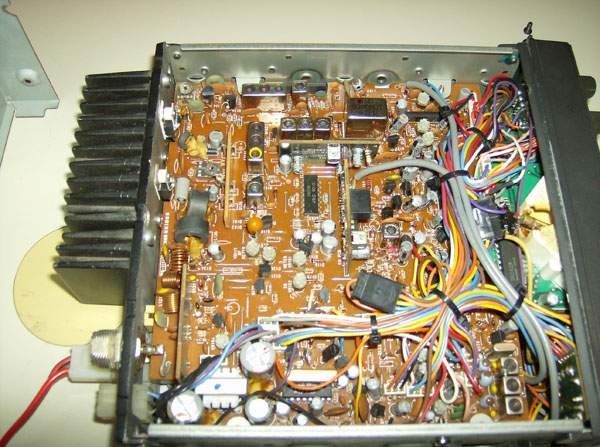 The other thing that I really love is that unlike most other radios where you have to go online and look for information on the tuning pots – the board inside this line of radios is labeled with plain English.

If you want to lower your AM deadkey you can just open up the radio and look for the pot that says “AM power”. It’s something I really wish that all radio manufacturers would do. 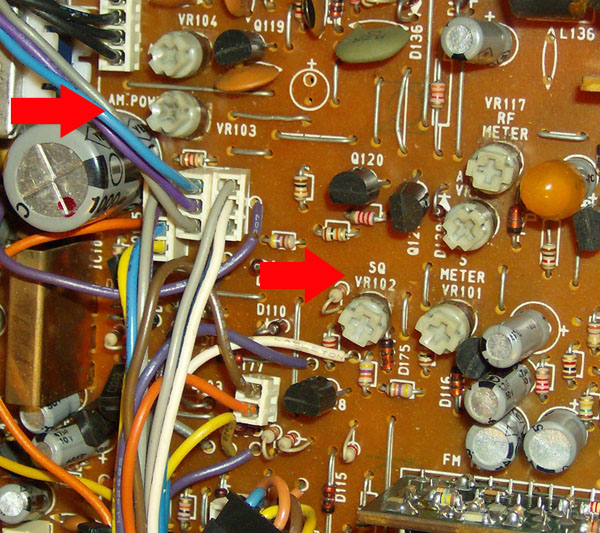 Now I really could go on all day about this radio – but the truth is that if you do a little search on the internet you’d find that 100’s of other people have already written about the functions, modifications and internal workings of these fine radios.

If you can find one of these radios in nice shape and already converted you won’t be disappointed. Average cost used will range from $150-$350.

Review of the HR2510 Chipswitch by CB World Informer