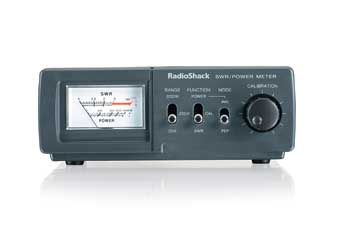 When someone mentions Radio Shack CB products I often will cringe. The mention of Radio Shack in the CB world brings to mind cheap magnetic mount antennas and CB radios with 5 pin din microphones. But maybe I’m being unfair, Radio Shack is one of the only places that still sells CB radios, antennas, coax, and meters, so I have to cut them some slack for supporting our hobby.

Once in a while a Radio shack product will really impress me and that’s the case with the 21-534 SWR Wattmeter. There are so many SWR meters on the market and so few that actually offer a reasonable level of performance. I’ve owned many Workman and Para dynamics  meters and believe me when I say that there are some very bad meters out there on the market. I’ve run into meters that would tell you the SWR on your setup was 1.2 when in reality it was 3.1! If there is one piece of equipment you need to be able to trust it’s your SWR meter and I trust the 21-534 fully.

I’ve owned six of these over the years and currently still own two of them. They retail for $49.95 on the radio shack website although I’ve bought them used for $10-20 on eBay. The meter case is hard plastic and is made in China. 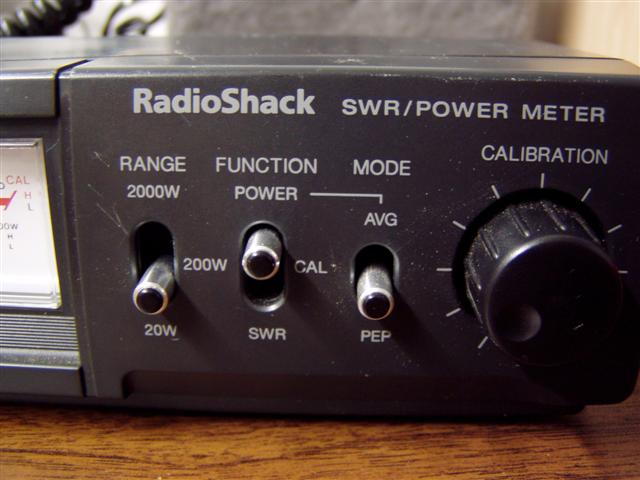 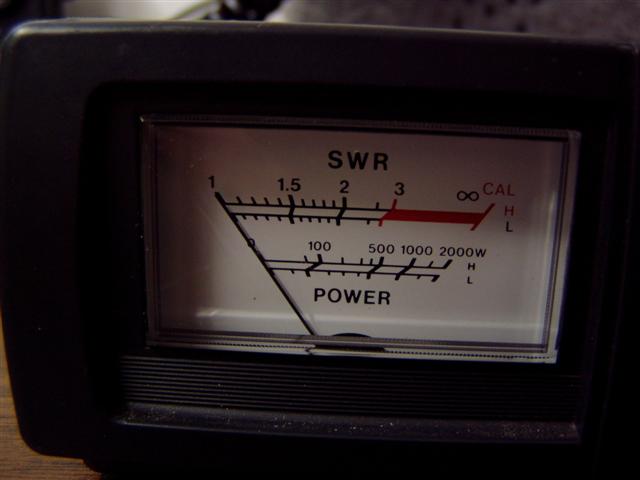 This meter is surprising accurate and is infinitely better than the lower priced meter with less functions that Radio Shack used to sell. I’ve had many comments from people that this meter has been compared to their more expensive meters (including bird meters) and it holds its own on all accounts.

Another good point about this meter is it’s ability to measure peak output giving it the ability to show SSB output. Although not an active peak reading meter it does a pretty good job of showing your peak output in SSB modes. I’d say in most accounts when measured against an active peak wattmeter I found the Radio Shack meter to show about 15% lower on the peak output readings.

I’ve personally used this meter to measure power from less than 1 watt to over 500 watts and it has offered very close readings every time. A lot of CB users who want to do their own tuning on their radios really enjoy this radio for it’s accuracy in the low power range. If you are trying to lower your deadkey down to 1 watt or below this meter is a very helpful tool.

The only negative I could possibly come up with for this meter is the lack of lighting on the meter face (making it difficult to see in the dark). Other than that I have never had a complaint and the first meter I bought of this model many years ago is still functioning perfectly.

Now this certainly isn’t the very best meter on the market by any means, and there are many $200-$1000 meters that will offer more reliable and accurate readings, BUT not by a whole lot; and that’s what makes this meter such a great deal.

If you can find one used for $20 or less it is the perfect meter for a CB radio enthusiast to own. As you get into the hobby you may prefer a cross needle meter or one that can measure modulation as well, but over time as other meters I’ve bought get stuck or fail, the 21-534 continues to impress.

Read what Ham radio operators have to say about it at eham.net

*** Update *** – In my review I mention that I didn’t like the lack of a light for the meter, but one of our readers had a neat modification in which he used a 9V battery, a switch, and a LED. Below is the picture of the backlight on his 21-534. Our thanks to Randy for the picture and modification info. 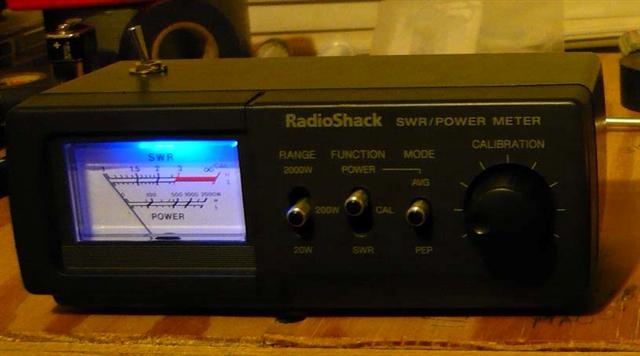 Picture of face and coax connector section of meter – 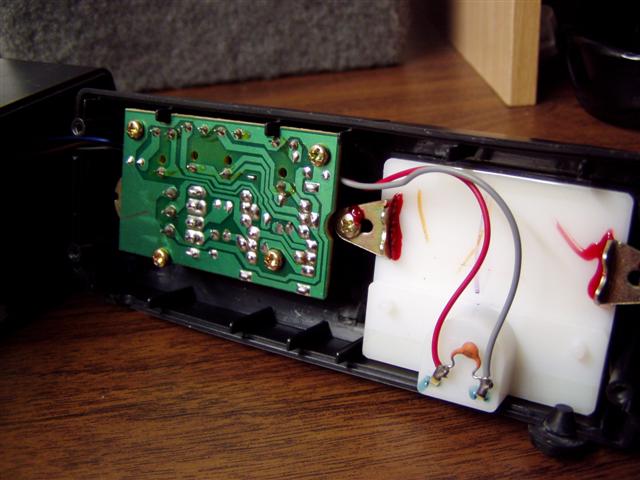 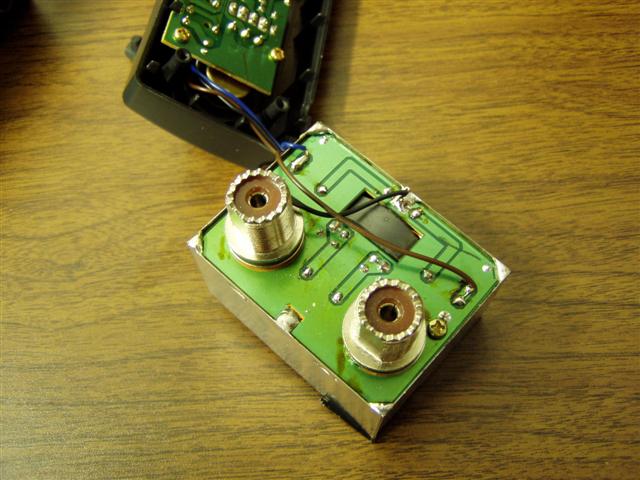