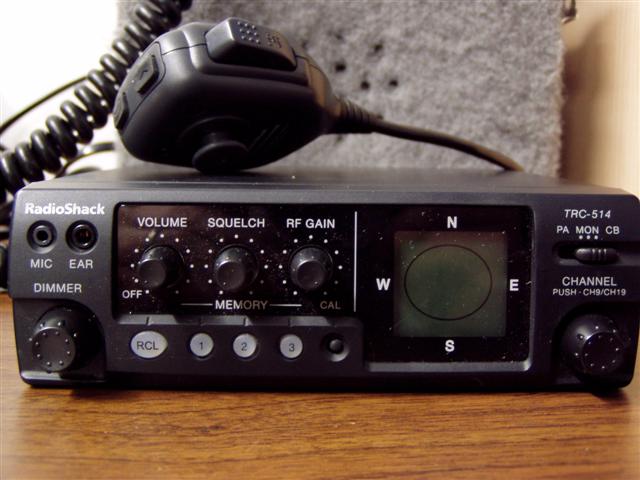 I rarely buy newer Radio Shack CB radios. I just don’t like them. They are cheaply made, perform like they are cheap, and in most cases don’t do much in the way of output or performance.

This one was available from a local so I figured it would be a neat radio to review because of the compass feature and the Indiglo lighting.

The Radio Shack TRC-514 is a 40 channel CB radio with a compass function built into the face of the radio. The radio has the following features –

The radio is fairly compact and very light. I couldn’t believe how light it was when I picked it up, it really weighs next to nothing. The front controls are labeled well and are easy to access and read.

The rear of the radio has all of the plugs a little bunched together but it keeps your wires close together in an install I guess. The back of the radio has something you won’t see on many other models which is the sensor input for the compass. 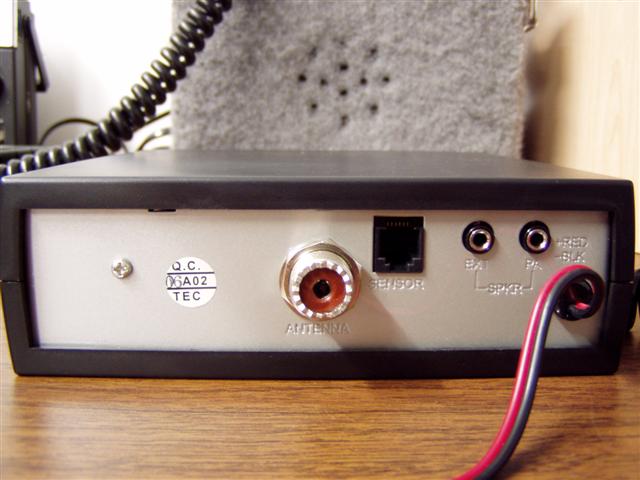 The digital compass function on this radio requires the use of an external sensor which plugs in the radio. This external sensor has to be placed with the arrow facing toward the front of the vehicle. The wire has a phone cord looking plug which attached to the CB unit. 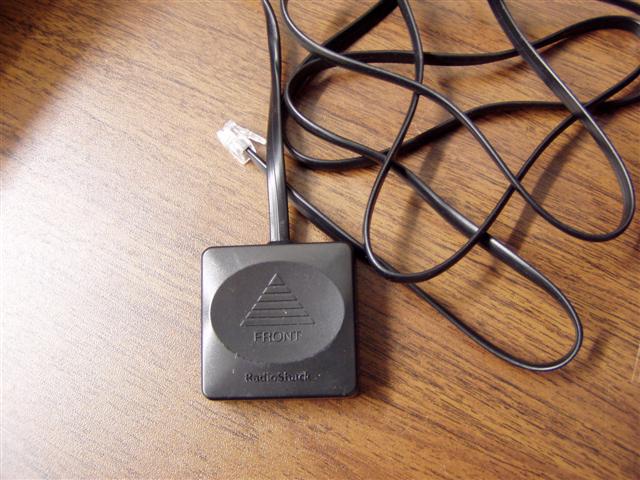 The stock microphone is fairly small and has channel changing buttons on the top. It is plastic and has a very cheap feel to it. 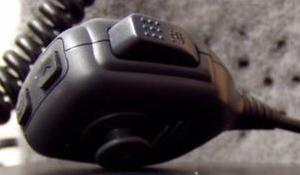 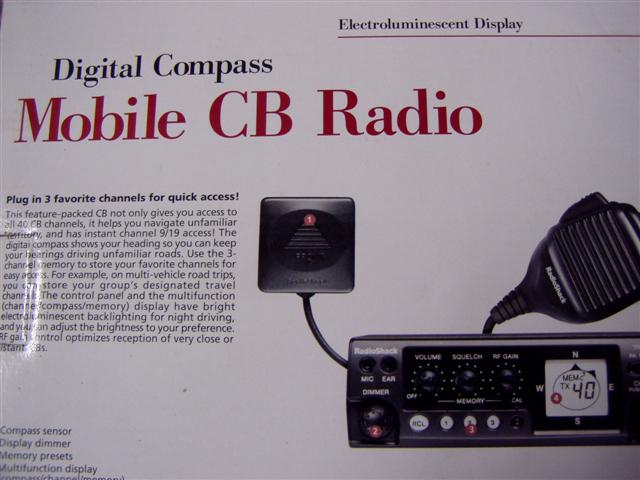 Now before I discuss the actual CB features I want to comment on the two features that really make this radio different and unique.

The display is actually very cool, you might think it’s similar to the blue digital display on the Magnum 257 or Magnum Omegaforce, but this display uses a different type of lighting which is less harsh than the blue on those radios. You can see the difference in the pictures below – 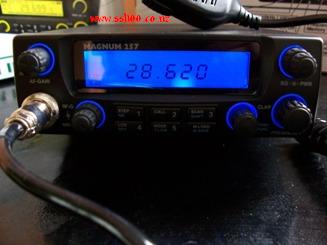 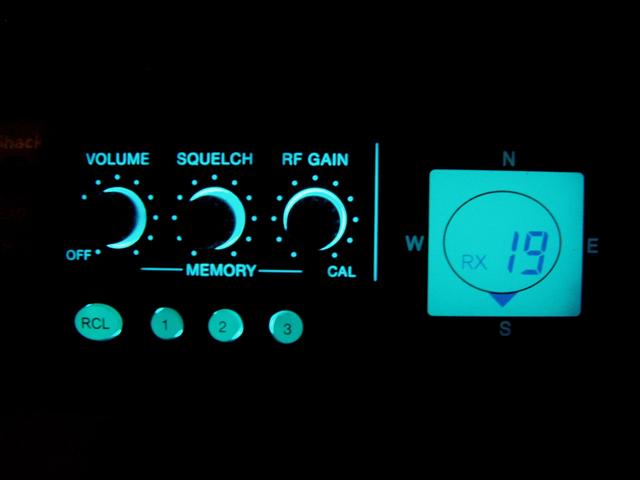 I really like the lighting in this radio, and it has a dimmer control as well to effect the brightness.

The second feature of the radio is the digital compass. This is just something you don’t find on a CB radio and although in this day and age of GPS it’s an outdated technology, but it still can be very useful. I’ve talked to a couple of people that do some backcountry 4x4ing and hunting and they said this combo would be great for them.

I tested out this compass system and wasn’t expecting much but it actually worked really well. It was about as accurate as you can get from a digital display that has pre-set directions on it and is was kind of fun to watch the compass move as I made multiple turns around the city. I have to say that this feature impressed me. Often when extra features such as these get bundled into a CB it can actually detract from the radio itself and the features are usually less than impressive, but this compass works and so I give it a good rating.

Aside from the Indiglo and compass features it also has two more features that get a plus in my book. The pre-set memory function buttons and the last channel recall button.

I’m one of those people that likes some technology mixed in here and there and memory functions are something I like. This radio allows you to store your favorite 3 channels and go directly to them with a touch of a button. It also has the last channel recall feature to jump back to the last channel you were hanging out on. Now since this radio is just a 40 channel AM radio the memory channels aren’t that exciting compared to a AM/FM/SSB radio that can store multiple frequencies and modes, but hey it’s not bad.

The last thing I liked is that the radio had a microphone with the ability to change channels on it. The microphone is crappy, and the buttons are pretty cheesy, but for someone who just needs a basic talking CB and especially for someone who is trying to watch the compass on this thing the channel control on the microphone makes sense.

So that’s all the good. And that really is about it…..

The actual CB performance is lacking, it really is only about as good as any of the other cheap Radio Shack CB’s which is pretty piss poor. It transmits, and it receives (and likes to pick up a lot of engine noise as well).

The radio has a deadkey of around 3 watts with swing to 6-7 watts and that’s about it. No big audio, no big swing. It’s a very basic cheap CB radio. But, lets be clear here, it does work and it does function as a CB.

I wouldn’t bother taking the covers off of this one, the board inside is a virtual ghost town and you won’t get any big juice out of this cheaply made radio anyway.. 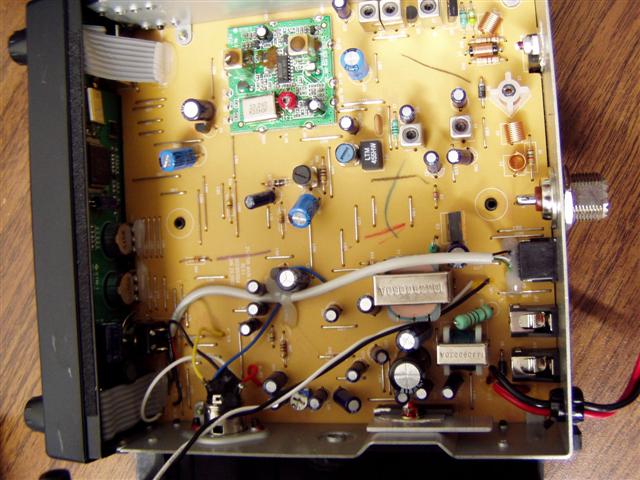 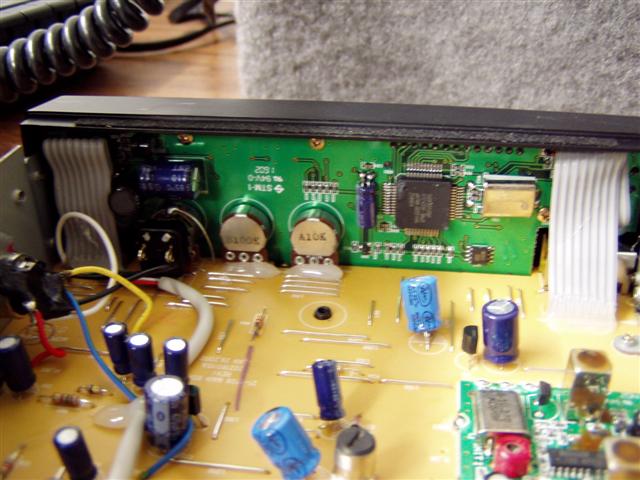 Now normally if a radio performed like this I’d say throw it in the garbage and avoid ever buying one, but the key is that this radio could come in handy to a certain CB radio user. If you wanted a nice display, a basic CB and the compass function than this radio definitely fills a niche that wasn’t filled before and most likely won’t be again. This radio is no longer in production so they are hard to find these days.

As a CB radio it’s sub par, but as a virtual navigation device with a CB radio and a couple of extra features it’s not a bad piece of equipment. I’m sure for a 4×4 enthusiast who doesn’t want to put a $300 GPS and a $150 CB in his car this little radio could be a good compromise.

If nothing else a CB radio with a compass is just kind of a cool novelty.