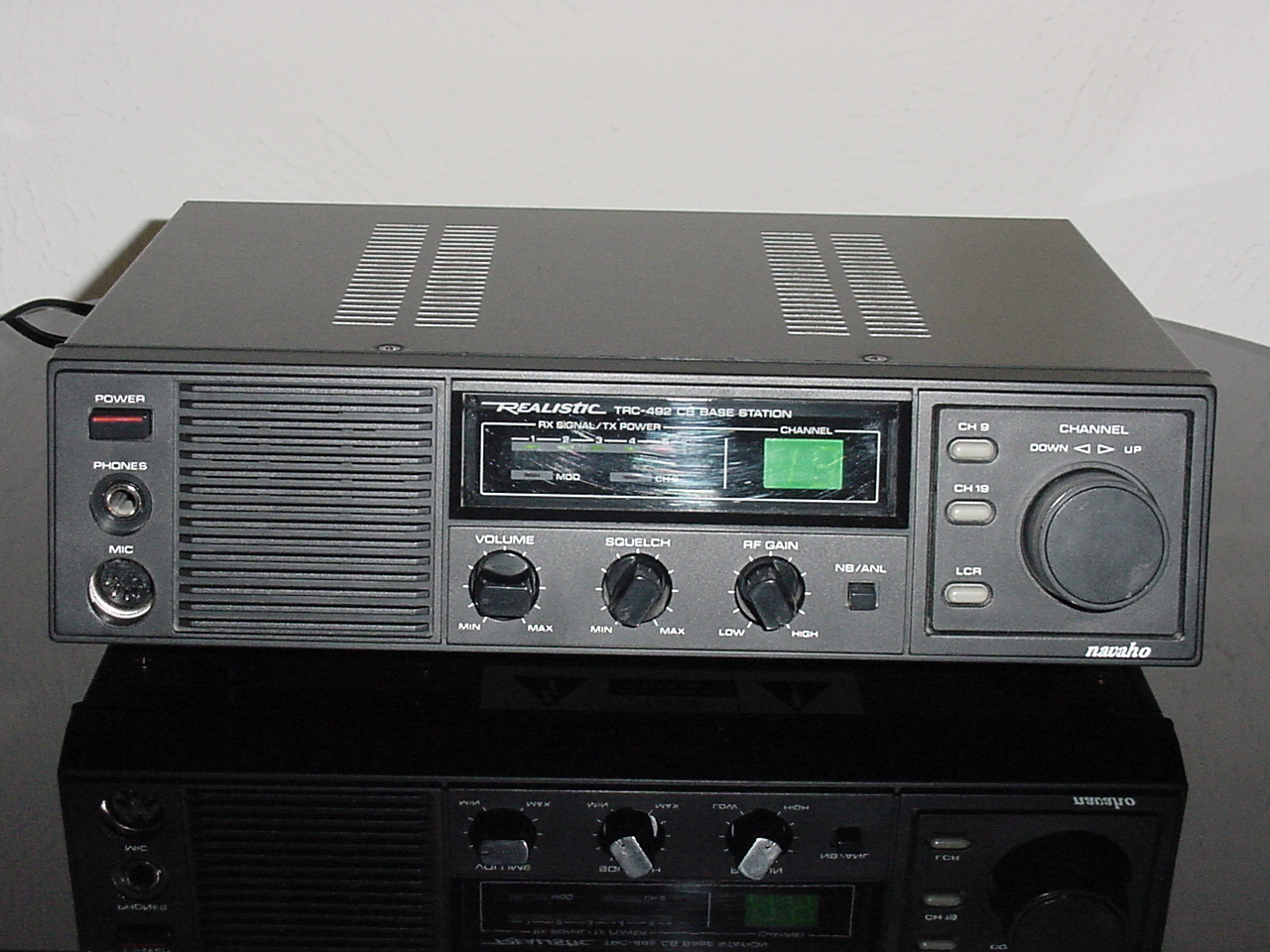 I was in between bases in the early 90’s when I saw this radio at Radio Shack brand new for just over $100. I needed a daily talker and there weren’t any CB shops in the area with anything used for a reasonable price in a base radio so I said what the hell and bought it.

The Navaho TRC-492 was one of Radio Shack’s CB’s produced in the early 90’s and it was sold in just about every radio shack store across the country and because of that there are still a ton of these radios floating around out there.

It had Volume, Squelch, RF gain controls, a NB/ANL button, a CH9 button, CH19 button, LCR button and channel control knob. It featured a very primitive LED meter with 5 green lights and one red one to indicate signal strength. It had a Modulation LED that would get brighter with stronger modulation and a CH9 LED indicator in addition to the standard channel indicator.

It had a headphone jack in the front and an ext speaker jack in the back. The radio could be run on either AC or DC and had a switch on the back to switch between the two. 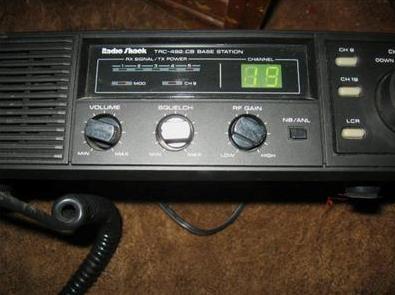 The radio was similar to the one it replaced, the TRC-434 except that the 434 had a number pad and up/down buttons for selecting your channel.

The TRC-492 like most Realistic radios of the 80’s and 90’s employed the 5 pin din microphone setup which I really truly despise. The 5 pin din is one of the most annoying inventions in the CB world. They easily can be damaged if knocked and they often don’t stay plugged in securely while using the microphone. Even some of the older radios from Realistic that I was impressed with (TRC-458) used the 5 pin din.

Which leads me to the stock microphone for this radio. It should be put aside immediately as it will never bring audio pleasure. It works, but the audio will suffer if you use the mike.

I added a Road Noise Power Echo Microphone to this radio with good results. I was able to get 100% modulation. Reports were good and people said I was loud and clear. Which goes to show that even a mediocre radio can sound pretty good with a nice power mike.

Don’t expect and miracles on output though. The radio will deadkey 3-4 watts and swing 10-12. This is an economy base radio and to get higher peak numbers would only be achieved by cutting limiters and creating splatter, not real watts.

I ran this radio for about it year and in combination with the very high antenna, power microphone and some elevation I actually was considered one of the louder locals in the area.

The receiver on the radio seemed sensitive enough for a cheap base radio and the static levels were always fairly low except when other devices were run in near proximity to the radio.

The speaker had fairly good reproduction for sound although it would rattle on occasion.

When opening up one of these radios and comparing the insides to a Cobra 142GTL or older Navaho you don’t need much radio experience to see the difference in quality. They just look cheap inside. But cheap looking doesn’t mean that the radio won’t last. There are plenty of old Uniden Pro 510XL’s floating around that still do the job and a lot of these TRC-492’s are still in service as base units at many trucking companies, quarries, and in people’s homes.

This radio carries the Navaho name but really can’t compare to some of the other Navaho’s such as the TRC-457 and TRC-458 sideband radios. Those radios were made with Uniden parts and are still highly sought after today. So don’t let the name fool you into thinking this radio is in the same category as those ones, it isn’t.

That being said I really don’t have any major complaints about this radio. As much as I dislike the 5 pin din microphone connection the radio in general performed very well the entire time I owned it. I never encountered any problems other than some slight squealing when I overdrove the power microphone. The radio received and transmitted well enough that I didn’t feel like I was missing anyone out there in CB land.

These radios can be found at garage sales and on eBay in the $30 range and for a simple performing base station that’s not a bad deal. For a beginner or someone who just needs a base and isn’t as discerning as the seasoned radio veterans this radio could do the job. You’ll never be a bad boy of radio on one of these but that isn’t everyone’s goal in the radio world. Personally if I was going for a straight 40 channel AM base radio I’d much rather have a Cobra 1000 or a President Dwight, but if money was tight and this was all I could find I’d use it.

It’s a simple 40 channel base station, cheaply made with a plastic feel to it. If it works use it, and when it doesn’t you can throw it away without shedding any tears.