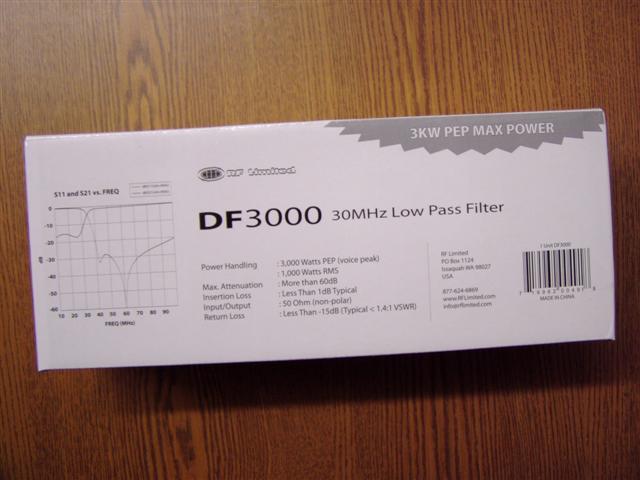 A low pass filter is an excellent piece of equipment for a dedicated operator to use in their setup either mobile or at home. A low pass filter is designed to allow lower frequencies (roughly 30MHz and below in this case) to pass through the filter while reducing the amplitude of signals with higher frequencies. This is especially important for radio operators because even though radios are designed to transmit signals on specific frequencies often transceivers will produce spurious emissions/harmonics which fall outside of the specific operating range. These spurious emission frequencies may be higher than the intended operating frequency and they can cause issues in other electronic equipment. 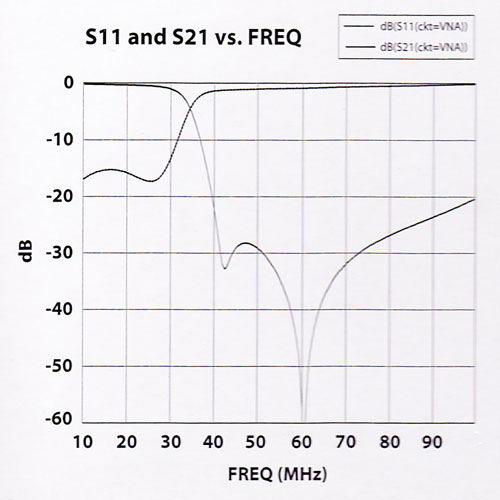 This filter is rated at 1,000 watts RMS and 3,000 watts PEP and the parts inside are heavy duty enough to back up these claimed figures. If you plan on running a carrier of 800 – 1000 watts consistently though I might suggest looking for an even heavier duty low pass filter just to be safe.

The filter was packed well and came with instructions. As you unpack the unit you’ll find is has a very sturdy case with SO-239 connecters at each end which can accommodate the standard PL-259 coax connectors. 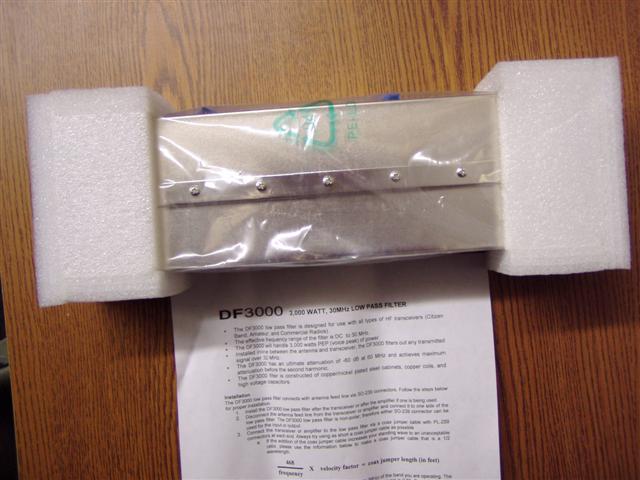 The unit also has a small flange at each end with two drilled holes that can be used for mounting purposes. Four screws come supplied with the unit so you can easily mount it under a desk, on a wall, etc. 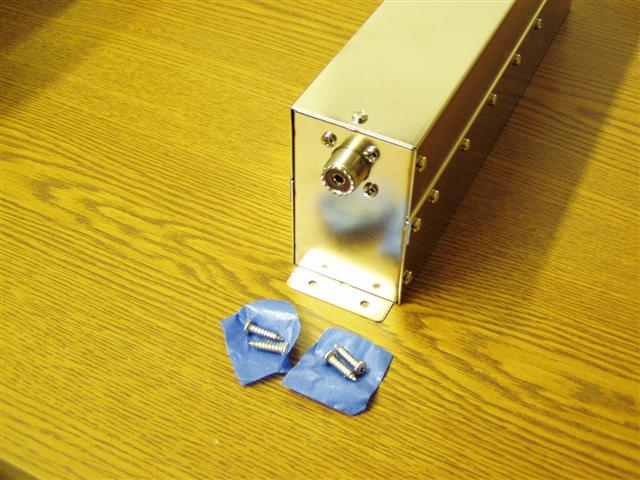 Now low pass filters aren’t anything new and there have been numerous models sold on the market over the years. Some were quite cheaply made and didn’t do their job properly while others were of higher quality but also had a higher price tag.

The DF3000 comes in right around $40-$50 at most retailers online and that price is fairly reasonable considering other similar models (Bencher YA1 – 1.5KW RMS 5KW PEP) can run anywhere from $95-$100. And while some radio guru’s out there may point out it is possible to build your own low pass filter. In terms of time and money this unit ends up being a great deal.

Performance wise this model definitely does attenuate signals above 30 MHz as a independent test by Copper Electronics has found. In their testing by Tech 833 they determined this model had attenuated signals around -22 db at 44 MHz and even more -35 db (+) at 60 MHz with the curve leveling off at -13 db around 100 MHz.

I decided to do a less scientific and more practical test. We have LCD TV’s upstairs on digital cable and so TVI these days really isn’t an issue, but downstairs we still have an old Sony tube TV we use in our guest room. That TV in particular is hooked up to a VCR and runs on channel 3 and it will develop some fuzz when I key up on the CB with only 4 watts and so I figured it would be an ideal test subject. I installed the DF3000 as the last piece of equipment before my antenna and keyed up the radio and went downstairs to check the TV. Sure enough the fuzzy lines were gone. I can’t think of a easier way to know if something is working.

I decided that I’d also do a second test and that was with an old baby monitor we had in storage. Now years ago I remembered that this baby monitor would pick up my voice when using my radio equipment so I decided to hook it up and see if the low pass filter did it’s work here as well. Sure enough my signal in the baby monitor went from being able to hear every word prior to install to barely being able to hear me at all. That also leads to one final disclaimer. A low pass filter reduces unwanted signals but depending on the strength and proximity of the signal it may not be able to eliminate them completely which is what I found with the baby monitor.

If your station is putting 60 db of unwanted signal into your TV or phone lines at 54 MHz and the filter is providing dampening at -35 db you are still most likely going to experience some sort of interference so that’s something to keep in mind. Of course you could install multiple low pass filters in line for additional filtering to try to stop the problem.

Overall I’m impressed with the build quality and performance of this unit. My other low pass filters were creeping up on 20 years of age and they weren’t rated for the output levels of the RF Limited DF3000 so for $40 I think this is a good deal and you’ll now find this piece of equipment permanently installed at my station. While issues with interference in TV’s these days has been greatly reduced with the introduction of digital cable, people still run into many different types of issues where their radio equipment can adversely effect electronic equipment. So whether you’re trying to stop problems in your house or a neighbors, a low pass filter is an excellent place to start.