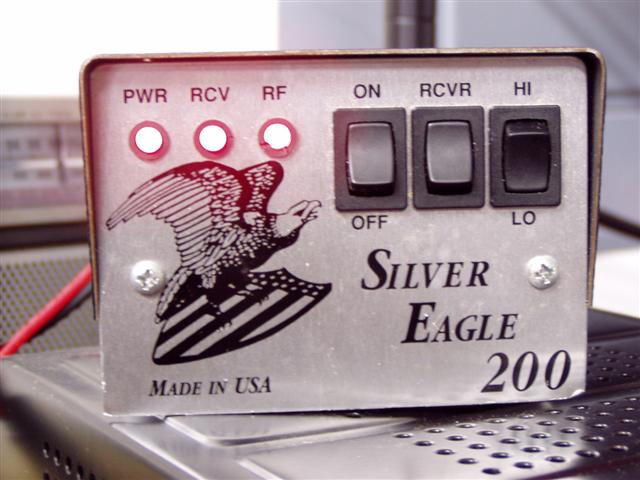 I picked up this amplifier because I was looking for a small amp to run on the base for a couple of months when I was running a temporary setup and I had to limit my output power at the time.

The Silver Eagle 200 is a very simple and compact little amplifier. They are an older amplifier and thus they have that 80’s look to them.

The cooling fins are located on the bottom on this radio and don’t come up the sides or back at all. Heat really isn’t an issue when running this amp and even with higher input it seemed to stay pretty cool. You could easily add a fan to it if so desired.

The amp uses 2 x MRF455 transistors for output. In most cases with a 1 watt deadkey you’ll see 70-100 watts from the amp and with modulation around 120-130 watts PEP maximum. 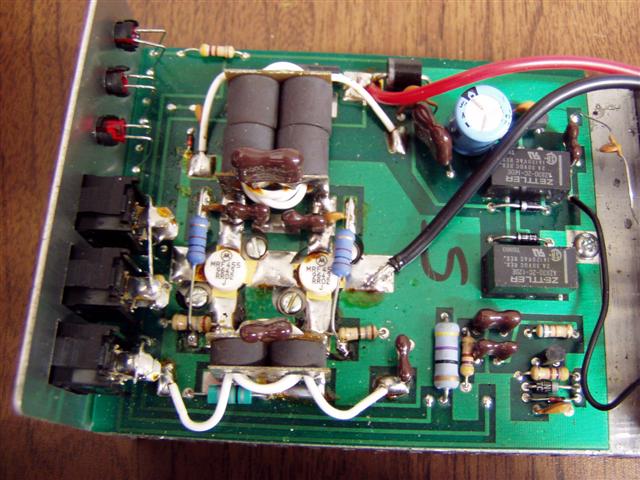 These amps require very little input which is pretty much similar to every other older 2 x MRF455 setup I’ve seen. This amp did have a built in delay which made it work well for SSB use.

The preamp works, but it boosts a lot of the static as well. The HI-LO power switch on the particular unit I was testing really didn’t do much of anything.

I’ve run quite a few amps that use the 2 x MRF455 setup and have found that they are great for setups where you can’t draw a lot of amps. They pull a lot less than a Palomar 250 or 300 and can be used with a smaller power supply than many other 2 pill amps. The MRF455’s require less input to reach a higher output than other transistors.

The LED’s in this amp are soldered in and installed in a very precarious manner. I wasn’t impressed with that aspect. The rubber pieces that hold them in place have cracked and worn over time leaving the lights slightly loose in their holes in the face of the radio. As you can see below the way they are soldered means that it’s likely that once they start getting bumped around they will fail. Not a huge issue though and LEDs on older electronics are likely to be burnt out anyway.

The back of the radio is well labeled, and the power wires are routed off to one side away from your coax inputs so it won’t be in the way.

The amp itself performed very well. I used it on AM and SSB and the output signal was clean and the amp gave a great boost to some of the small radios I tested it with.

These 2 x MRF455 amps are definitely for use with single final radios though, I’ve used dual final radios with these types of units and its very easy to overdrive and distort your signal.

If you’re looking to get a 4 to 1 ratio for deadkey and swing it’s tough with the MRF455 amplifiers, and in most cases you’ll need less than 1 watt deadkey to key less than 80 watts. If you have a radio where you can’t adjust for a lower deadkey of 2 watts or less I’d steer clear of these amplifiers and look for a high drive amplifier that can handle the input.

Overall a nice little unit, definitely will do the job and worked quite well for it’s age. Other than some LED’s that were loose I’d say it has many more years of use in it. These amps are perfect for pairing with a small CB radio and don’t take up too much room or draw too many amps. Priced used anywhere from $50-100 they definitely are worth it if you need a little kicker. 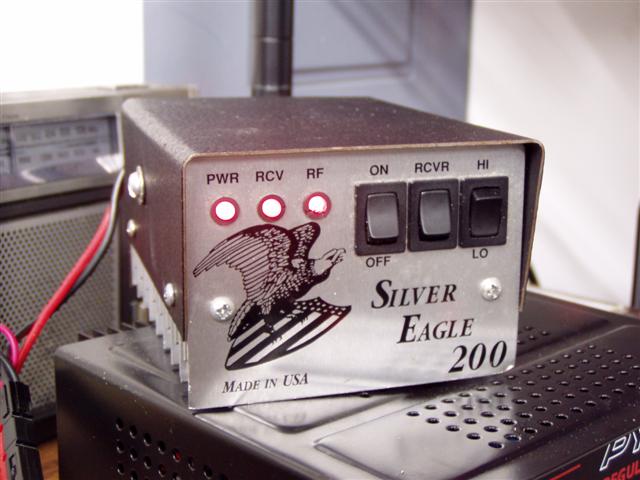 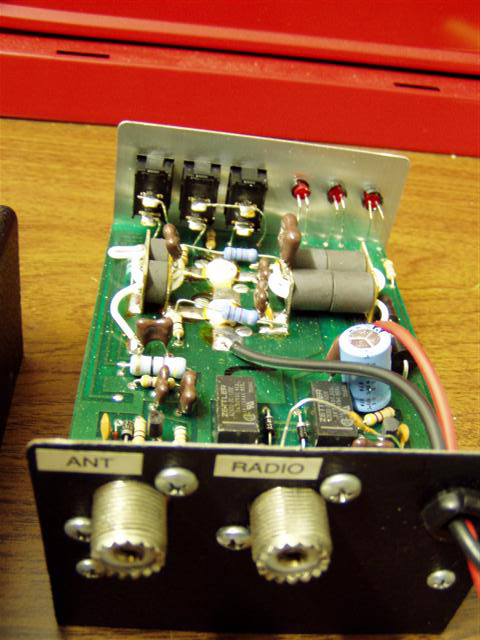