Stock mike or power mike, does the factory know best? 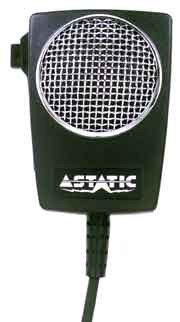 As most of us know – a power microphone for your CB radio can do wonders. Because a power microphone has its own amplification circuit it can often turn a CB radio with boring audio into a high quality sounding station. For many people who like to sound “LOUD” on AM a power microphone is the only way to go as it gives them the extreme modulation levels they need to achieve that break-through sound.

But a power microphone isn’t necessarily a perfect choice for every radio and in many cases it can do more harm than good.

To understand this we first go back to the factory when the CB manufacturer put together your radio. They designed a specific audio circuit for your radio and for some radios they put more effort and time into the design with potentiometers that could be adjusted internally for just the right “sound” and others they didn’t really bother with and the audio circuit has a poor design.

As mentioned in a previous article the Cobra 18 WX II was one of the CB’s that had terrible modulation and no way to adjust it internally. Adding a power microphone was the only way to make it sound mildly better and that still isn’t saying much.

On the other hand you have a Export radio like the Magnum 257. A very popular Export but people always complained about its tiny little toy-like stock microphone. While the microphone was pretty small, its ability as a stock microphone was often overlooked. When I first tried a Magnum 257 I wasn’t really impressed with the modulation that I was seeing out of the stock mike, but then a friend told me that the stock mic actually is a factory power microphone. Sure enough when you open it up inside is an adjustment, and once turned up to max the stock mic outperformed every after market power microphone I tried on that radio.

Recently the stock mike / power mike decision really hit home when I was playing around with a Uniden Grant XL Phillipines model radio I had picked up from a local. I added my trusty DM-452 microphone thinking that this radio would sound great, but the first reports told me that I was cutting out and sounded awful. I turned the mic gain on the power microphone down to almost nothing, but still it sounded like crap said everyone. I lowered the microphone gain on the radio to the 9 o’clock position and then people said it started sounding bearable but by no means very good.

I finally decided that this particular Grant must have been set up well enough that a power microphone wasn’t necessary. Sure enough once I hooked up a stock 5 pin microphone I was utterly amazed. The audio was clear, loud and reports came back telling me the radio was definitely a keeper, boy did it sound good.

This really surprised me because the radio was stock, and besides making some minor adjustments to the AM deadkey I never would have thought that a stock microphone would match up so well. 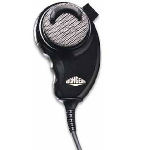 If the time comes when you do decide to add a power microphone the best luck I’ve had with hand held models are the Astatic D104m6b, the RF Limited 2018 echo mic, and the DM-452.

Remember – the only way to know for sure what sounds best is to give both the stock mic and a power mic a chance to prove what they’ve got.