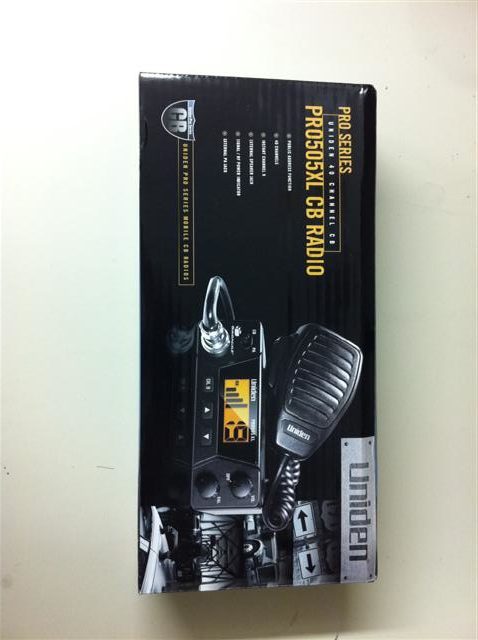 It’s been a long spell since we’ve seen some new radios from Uniden but this winter they’re bringing to market a whole new line of models with new styling and new technology. The 680, 880, and 980 are all models on the way but the first radio to hit the market is the New Uniden Pro 505 XL.

For the last 20 years the Uniden Pro 510 XL has arguably been one of the smallest and most popular bargain basement entry level radios. It’s low price and simple features made it attractive to beginners and it’s black styling and small knobs made it more appealing to those who didn’t buy into the big chrome CB look of the 80’s.

The Pro 505 XL will fall into those same categories and so it should work out to be a solid replacement for the Uniden Pro 510 XL.

Lets start by discussing the small size and compact nature of this radio. It’s 4.75 inches wide and 6.75 inches long which makes it a very small radio indeed and it should work well for those people who are limited by space or are just looking for a radio that won’t take up much room. 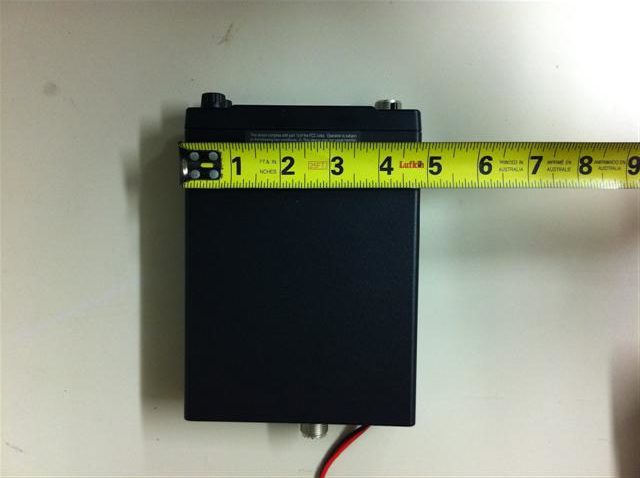 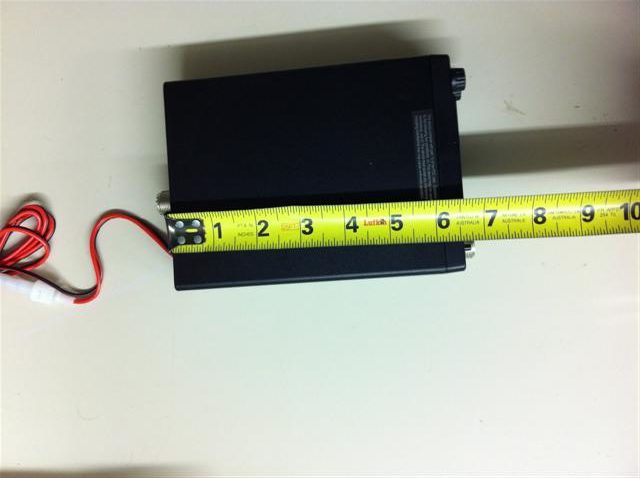 Looking at the face of the radio you’ll find it has a simple layout with only 2 knob controls, 3 buttons and 1 switch. The microphone connection is a standard 4 pin connector. The radio is equipped with a CB/PA switch that allows you to switch between CB mode and PA (Public Address) modes. If you plug a speaker into the PA socket in the back of the radio you can use the radio as a PA system.

The radio has a channel 9 button to quickly jump to channel 9 from any other channel. Changing channels is done using the up/down arrows. The volume control is also the off/on switch. The squelch knob is located below the volume control and allows you to squelch out the static and set the radio so that only stations of a desired signal strength will be heard. 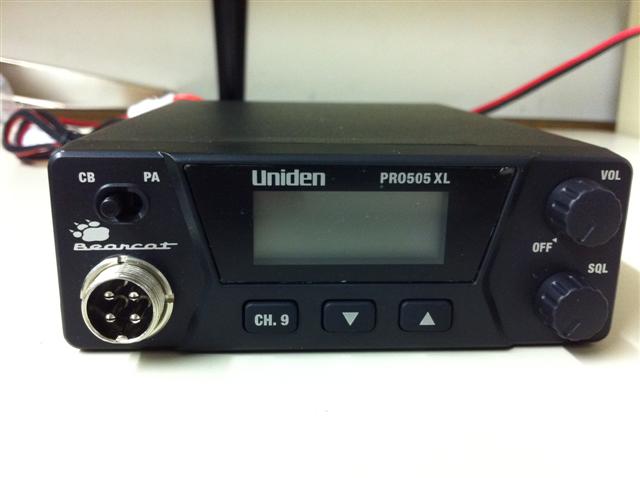 At the rear of the radio you’ll see an antenna jack, external speaker jack, and PA jack. The power cord is hardwired to the radio. Previously on the Uniden Pro 510 XL there was no PA function so it’s nice to see that it has been added. This also allows you to easily add talkback with an external talkback speaker or by bridging the two jacks with a resistor.

While they have added the PA switch at the front of the radio one loss is the ANL switch that used to be on the Uniden Pro 510 XL. Personally even on the less expensive radios I still would like to see the ANL/NB option.

The stock microphone is basic and the audio response is about what you’d expect from a stock microphone on an entry level radio. I was told my audio was clear which is good since some cheap microphones can sound muffled but overall audio was still fairly quiet. 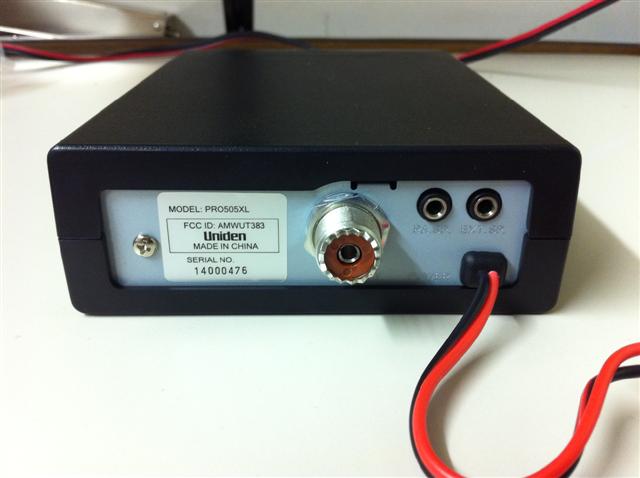 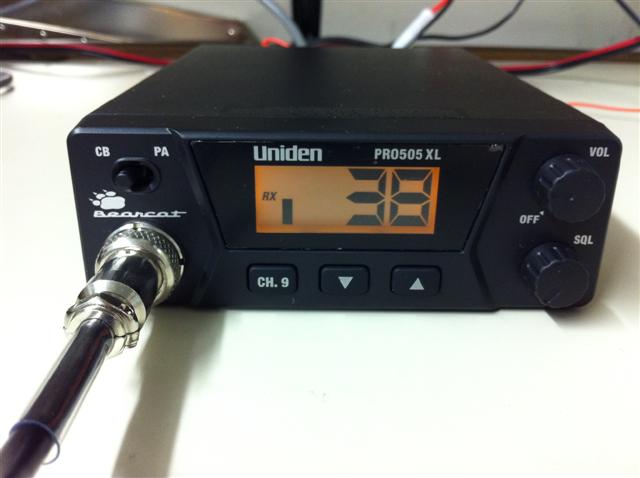 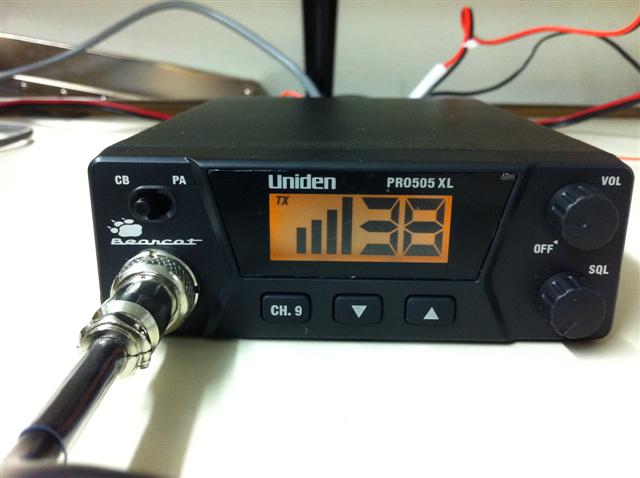 The inside of the radio is sparse. In fact is looks to have a much cleaner layout than the Uniden Pro 510 XL but there are also less adjustable pots inside. For those who like to make tweaks to modulation you won’t find a AMC potentiometer inside the radio for easy adjustment which was the same case on the Pro 510. Output power can be adjusted slightly up or down with coil L205 but should be done with caution.

In testing the radio performed well on receive and had good sensitivity. The transmit power was a 2.5 watt deadkey swinging to 8 watts. I did make an adjustment to L205 and got the deadkey up to 4 watts swinging over 10 watts. Transmitted audio on the radio was reported to be clean and clear but fairly quiet with the stock microphone. An aftermarket power microphone would be recommend to give a boost to the audio on this model.

Reviews for these types of radios are short and sweet. The radio is small and easy to use, the functions are laid out in a good format and the receive and transmit are adequate. The lack of the ANL function from the previous version might put off some but for the most part this radio will be used by beginners or those who need the small size. The display is a definite update from Uniden Pro 510 XL and the modern and simple styling will appeal to those looking for a newer type CB radio to match the interior of their vehicle.

The radios are made in China and from what I’ve heard the cost and wholesale on the radios has come in fairly low so consumers should enjoy some great pricing for this entry level model. (I’ve seen some selling for as low as $39.99).