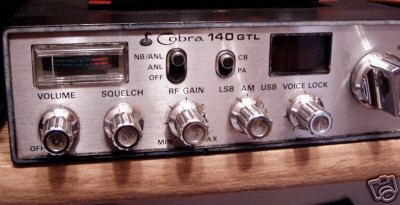 The radio has the following features –

I bought this radio on ebay for a good deal as I previously had a 146 and really like the older Cobra SSB radios.

I received the radio and it looked to be in good condition with a stock microphone. So I turned the radio on and tried it out on LSB – radio checks from locals said that it was off frequency – I adjusted L19 slightly for LSB frequency and with a couple of radio checks was able to get the radio pretty dang close to being perfectly on frequency.

After talking for a couple of minutes they said the radio sounded overmodulated and fuzzy.

I turned down the SSB power pot (VR7) to around halfway and then they said I sounded really good – and I didn’t lose any swing. AM Pot adjustment (VR6)

To adjust the modulation internally on this radio requires removing a limiter or doing a resistor change. Adding a power microphone is the easiest solution.

Who ever owned this radio prior really just turned everything to max and it did an extra 1-2 watts but really sounded bad.

Once I adjusted everything the local people said the radio sounded great on AM and SSB. Audio on AM is better than SSB, but SSB quality was excellent.

The Cobra 140 GTL has excellent noise blanking ability – similar to the Cobra 146GTL but the 146 still has better NB and less noise.

Audio clarity is good even though the stock speaker on mine rattles a bit.

Radio after my re-tune will do a 1 watt deadkey swinging to 10 watts (perfect for running a little 2 pill amp).

A great little radio – I still like the 146 a little better, but these older/simple Cobras are very nice in design and are very simple.

Only dislike is that just like the 146 this radio does not have a Mic Gain knob on the front. Any adjustments have to be done with the internal pot or with a power mike that has adjustments.

The one plus this radio has over the 146 is that it is easy to add the poor man’s talkback. In the 146 the audio circuit isn’t set up for adding the talkback via the resistor between the PA and EXT sp jack, but in the Cobra 140 GTL the modification worked fine.

Overall a solid little SSB radio – output isn’t anything spectacular but if paired with a small amp it would do just fine.