The SSB CB radio market has been a little stagnant over the last 5-10 years, with only a couple of new models hitting the shelves and export radios taking a large share of the market. While these trends may benefit some operators, it does create an issue for those CBer’s who continue to operate within legal output limits and prefer to use a true FCC approved SSB CB radio. Connex released the new CX-566SB a couple of months ago and this is one of the few new SSB CB radios we’ve seen in recent years.

I purchased the CX-566SB online and received one of the first radios available on the market. The box is pretty colorful and it makes it clear that one of the big features on this radio is the led display that can change colors. 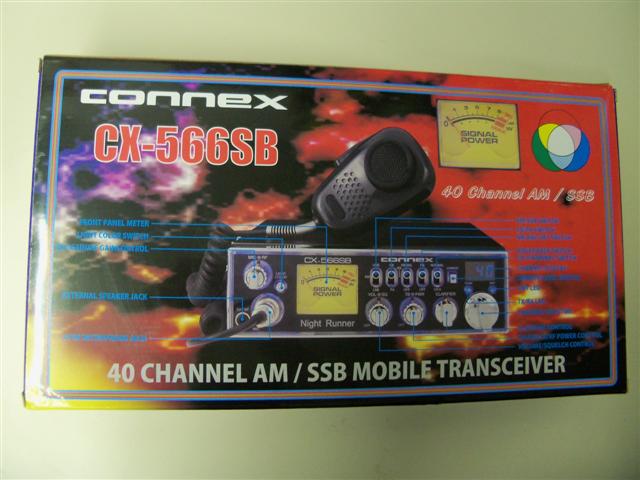 Upon opening the box I was greeted with a nice looking radio. Some of the type font – “Night Runner” looks a little cheap but the face and controls looked good and I liked the mix of black/chrome of the radio. I also noticed the radio had a three digit display which was interesting to see on an FCC approved “CB radio”. I’m guessing they will be using this radio case for other models as well and perhaps some mods for this radio will take advantage of the display. 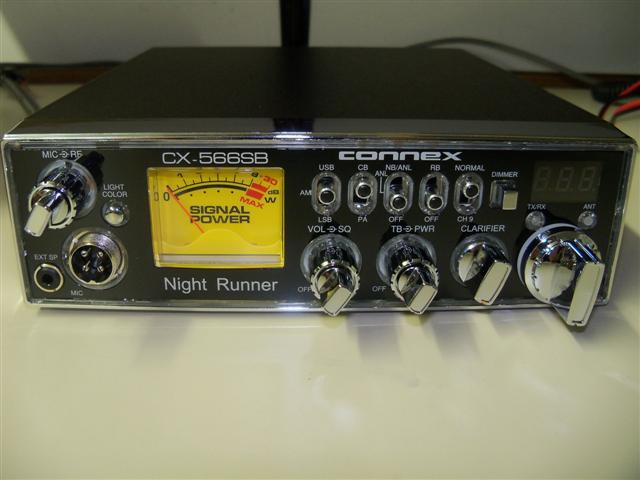 This radio features a large signal meter and just to the left you’ll see the “light color” button which allows you to toggle through the various colors for the display. There also is an external speaker jack on the front of this radio so you could use headphones with it quite easily. 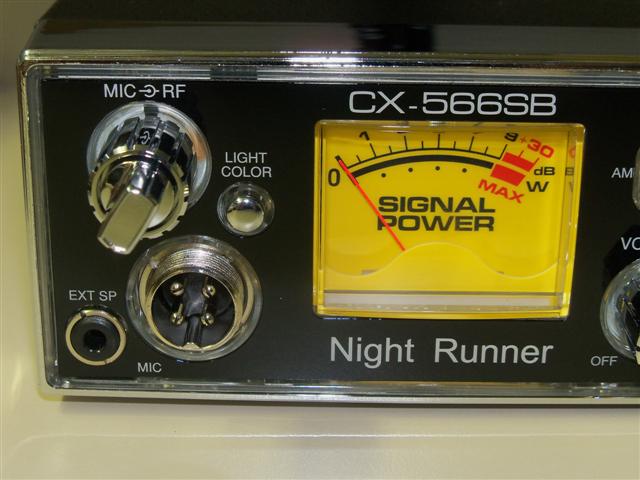 For switches across the top you’ll see that you change your mode with a three way USB/AM/LSB switch and next to that is the PA switch followed by the ANL and NB/ANL switch. The next switch is the roger beep on/off and the Normal/Channel 9 priority channel switch. Just after the switches you’ll notice the dimmer push button. For dimming there are 10 or so levels so you can set the brightness of the lights at any desired level. That’s a good thing since on the brightest setting this radio looks like a Vegas casino sign.

The radio features the standard TX/RX indicator light and it also includes an antenna warning light to let you know if your SWR is too high. This is useful since the radio doesn’t display SWR measurement on the meter.

Dual control knobs are used for Mic Gain/RF Gain, Volume/Squelch (volume is also the on/off control), and Variable Talkback/Variable Output Power. The Clarifier is a signal control knob and the channel changing control is to the far right. 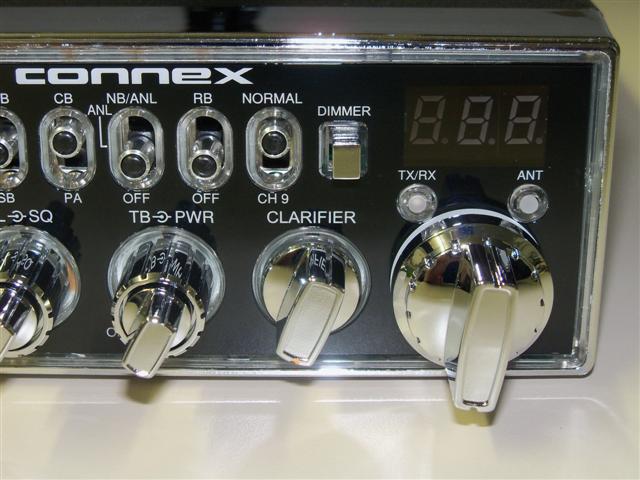 Looking at the back of the radio you’ll see the antenna jack, PA and External speaker jacks as well as a jack for a plug in frequency counter like a FC347. It uses a standard 3 pin power cord connection. 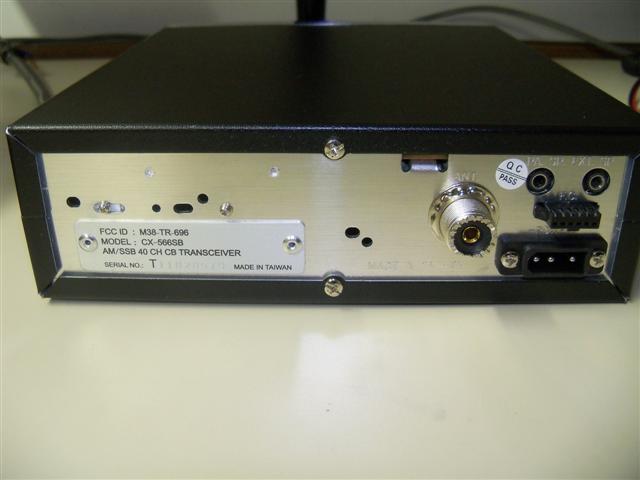 The radio is made in Taiwan and it also carries a FCC ID which is something new for a Connex radio. 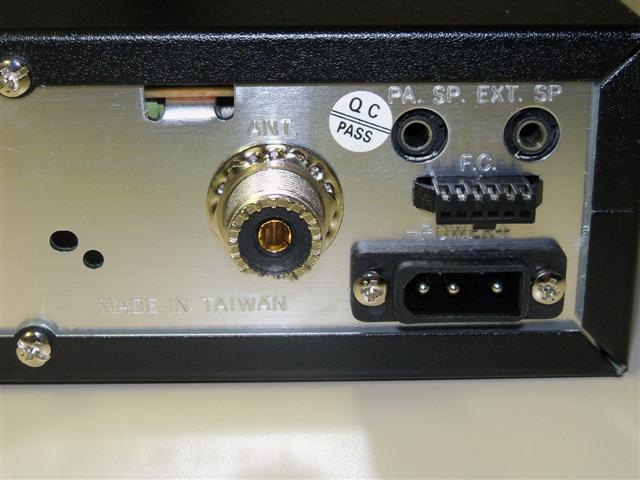 Since this is a CB radio inside you’ll find a single final transistor setup and the radio should be good for about 20 watts output PEP after tuning. The radio is basically a 959 in terms of the circuit board, parts layout, etc, so for tuning or modification purposes you can just follow many of the 959 mods. 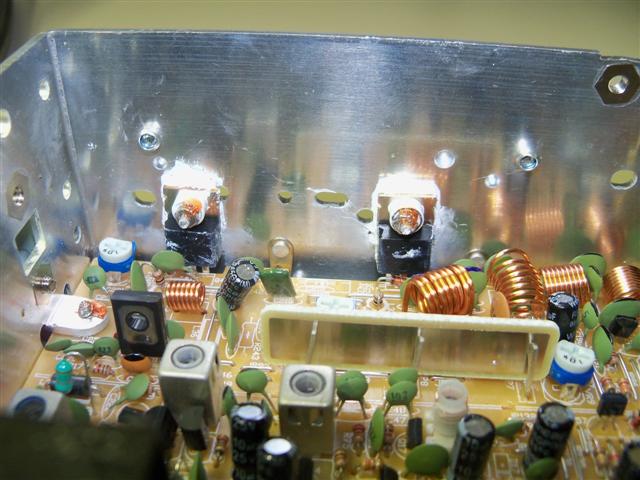 So lets talk about the lights on this radio since for a lot of people this may be the reason they buy the radio. The lights run around the bezel of the radio and all of the knobs and switches are surrounded by lighting. At full brightness this thing lights up like a Christmas tree and it is bright. At night it’s almost too much to look at and makes the inside of your vehicle look like you’re having a neon 80’s party so I definitely recommend making use of the dimmer switch. There are 7 colors to rotate through and the signal meter light is effected somewhat as well (see pictures at the end of this article). The colors aren’t necessarily the choice I would have made but I did like the cool white (almost slightly blue) and the darker blue.

I’m not someone who is into super bright radios normally (blue LED’s on the Magnum S9 are even a bit much for me) so the color changing really isn’t a selling point for me but I do know some people will like to trick out their vehicle with this radio. 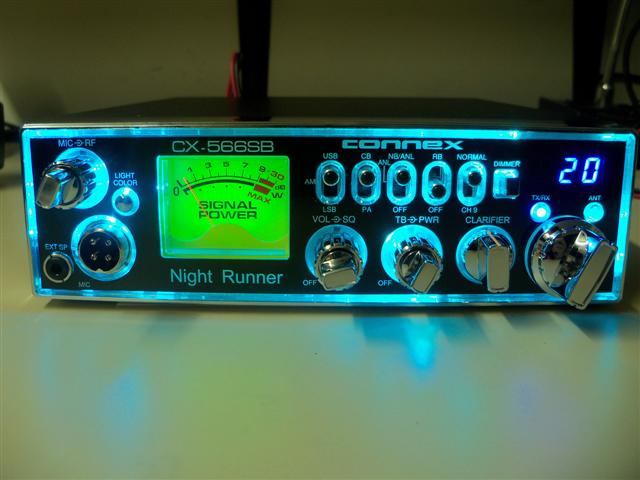 Aside from the colors the radio does have a couple of features I like – variable talkback and variable power. I found the talkback worked well (better than on some of the other recent radios I’ve reviewed) but it’s not particularly loud like on some of the Connex Export radios. The variable power works as expected and you can drop the deadkey on AM and reduce output on SSB as well. The NB/ANL works well and all other functions on the radio worked as expected.

Now some of you may have noticed that this review was listed as “coming soon” for quite a while on the home page and the reason was that brand new out of the box I ran into a couple of warranty issues with the radio. Initially on my first key up I found that on SSB the radio was showing a carrier and additionally it was off frequency. Rather than mess around with anything I boxed the radio up and sent it off to the Connex warranty center. I waited for a couple of weeks and was told that the CB shop that was handling repairs was handing over the warranty repairs for Connex to another shop and that my radio was already at the new shop. After a couple of phone calls I tracked down my radio and was told the repair had been completed and that my radio had a faulty mode switch and a faulty CB/PA switch which together were causing the issues I encountered.

So after a month and a couple of weeks I got the radio back good as new and was able to run it through the paces. The repair shop had done a good job and the radio was now in good working order.

On AM and SSB I got reports that the stock microphone didn’t do much for the radio (the radio comes standard with a SRA-198 ranger type noise canceling microphone – see box picture). It cancels noise on the road but it doesn’t give the loud punchy audio sound most people like so an aftermarket microphone is highly recommended. I tested out some stock microphones on the radio but in the end I found a power microphone is the way to go with this model.

Now even though this radio is a cousin to the Galaxy 959 it does seem to act a little bit different than the 959. SSB stability is better on this radio than the 959 and you won’t find yourself playing with the clarifier as much as you would with the 959. Is the radio rock solid on SSB? Far from it. The radio drifts on SSB even after warmup and while it’s an improvement over a 959 it still isn’t near the stability of a 2950DX, Magnum 257 or older Cobra 148 GTL’s/Uniden Grants, etc.

Output wasn’t anything special either. I found with a little tuning it was hitting 20 watts peak on AM/SSB but it didn’t seem to tune up quite as strong as 959’s I’ve done recently. Swing from a low deadkey after a tune wasn’t as impressive as the 959 models either.

Audio reports from other stations said the radio sounded clear and reasonably loud on AM/SSB but that it wasn’t as punchy or loud as my 959, Magnum S9 or even my modified Uniden Grant. Over the course of a couple of weeks I was able to make some DX contacts (11 meter DX has been a bit scarce this summer) and I got good reports on the air.

After testing out this radio and giving it a good run through I have to say I’m left a little disappointed. While the SSB frequency stability is an improvement over the Galaxy 959 the output, swing, RX, TX and audio all get a average rating.

It falls in line with the few other SSB CB’s on the market but as such it really isn’t offering anything new or exciting for the average users, other than the ability to change the display colors. While my model experienced some quality control issues from the factory I’d hope that my experience wouldn’t be indicative of build quality on the model line as a whole.

It’s nice to see a new SSB CB on the market but for those seeking a serious performer for 11 meters it would seem that export models still offer the most bang for the buck. I’m still waiting for one of the manufacturers out there to bring a SSB CB to market that really can change the trend. 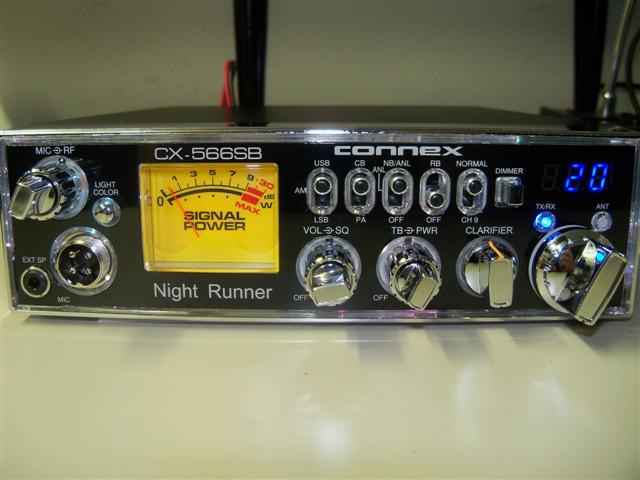 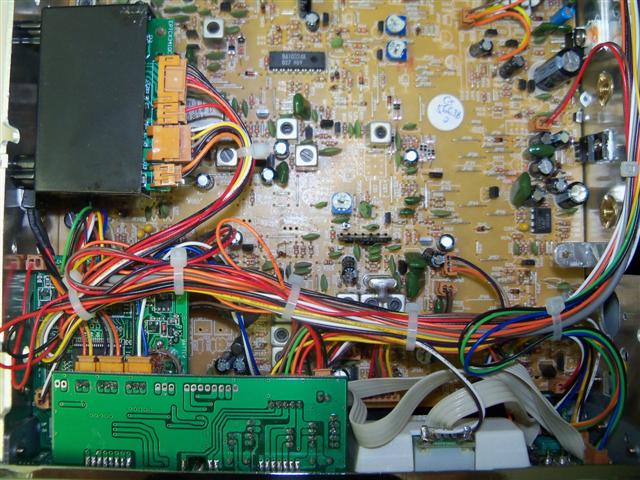 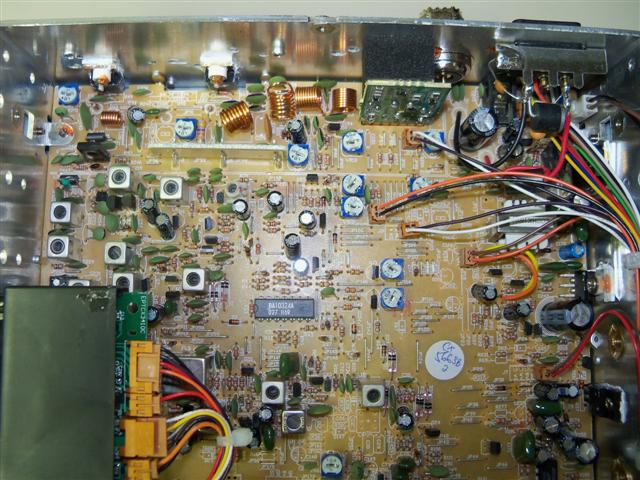 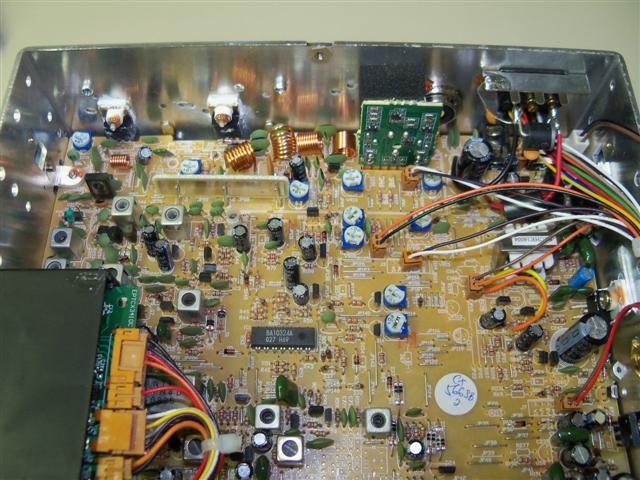 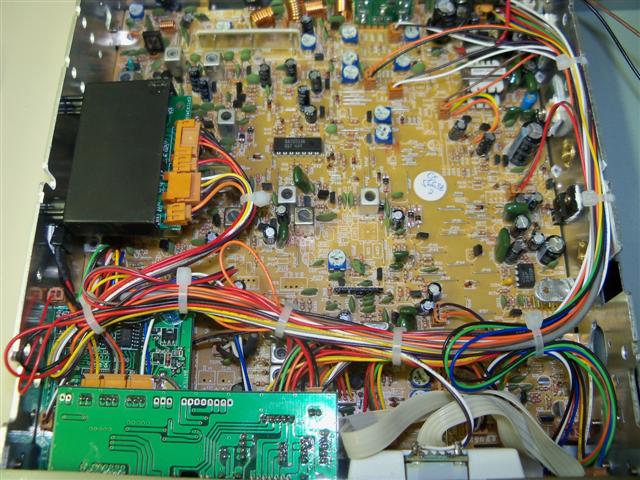 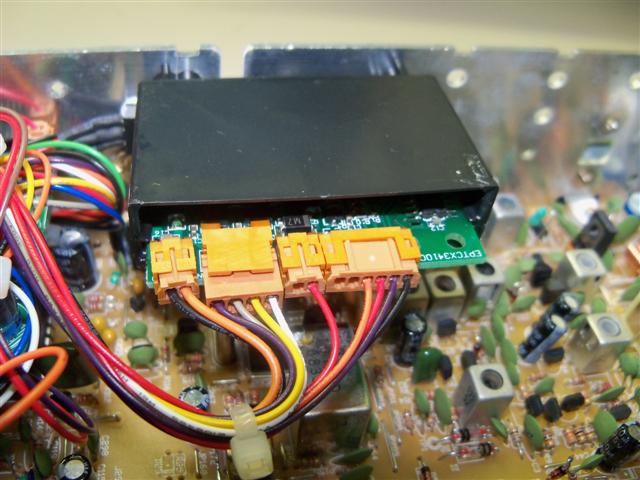 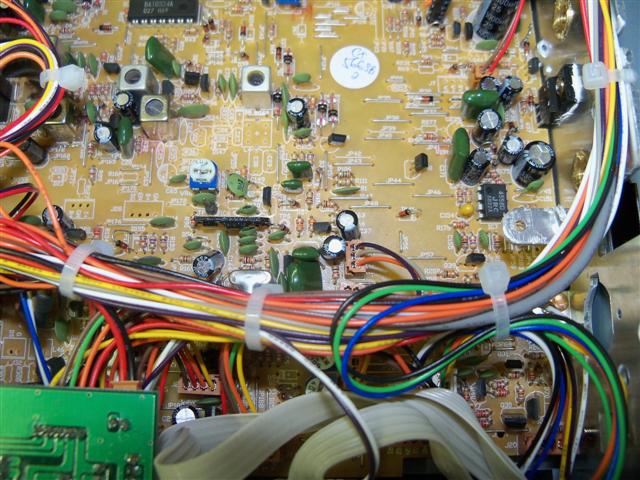 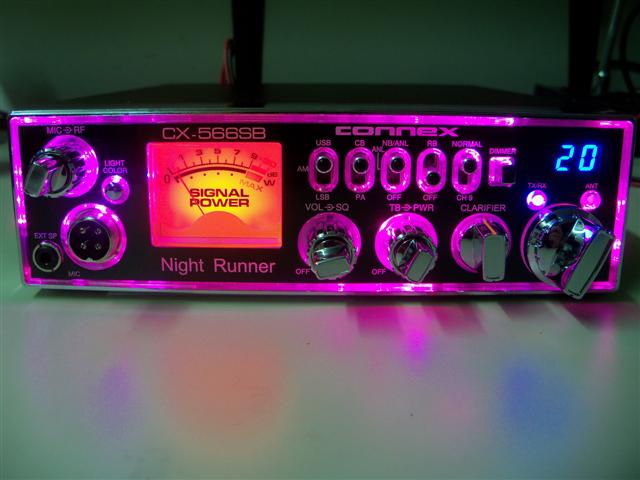 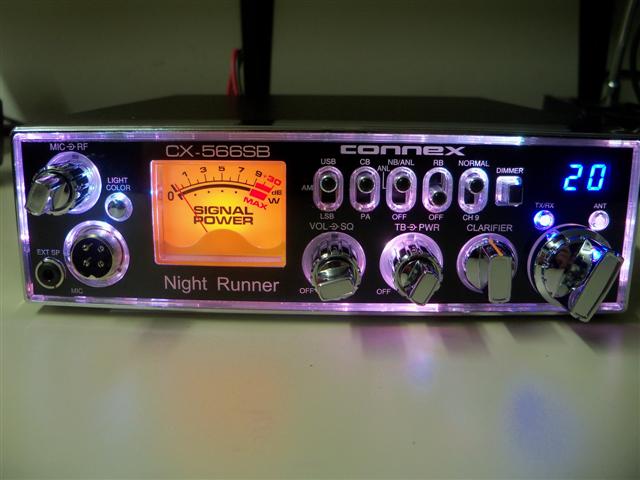 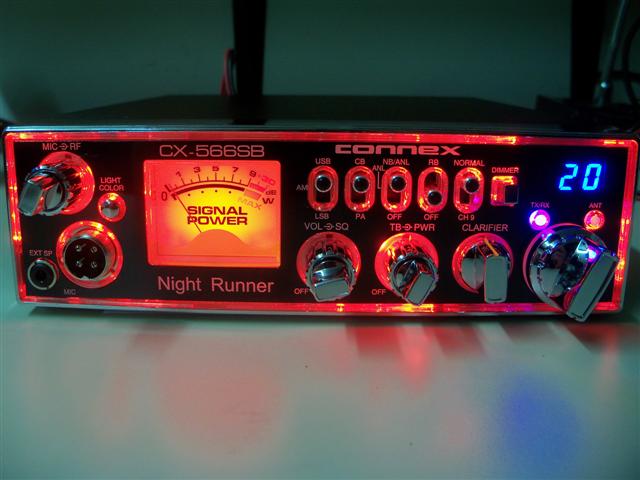 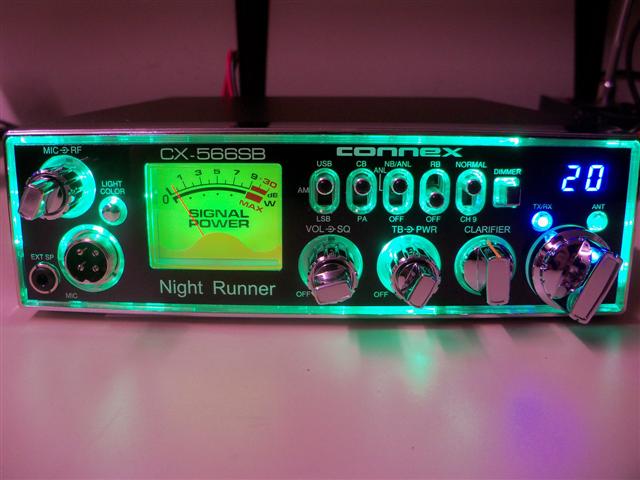 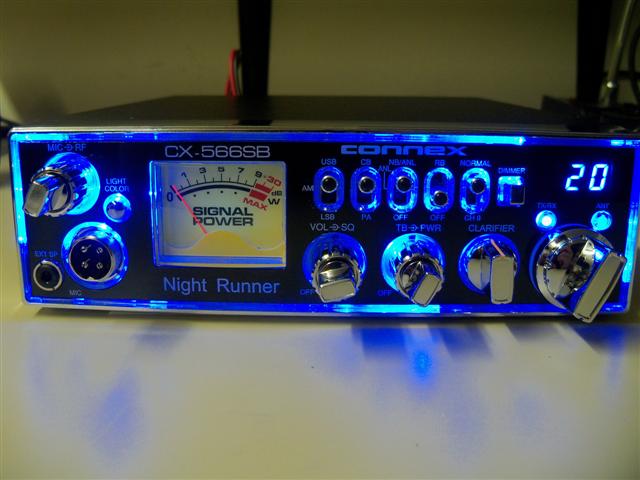 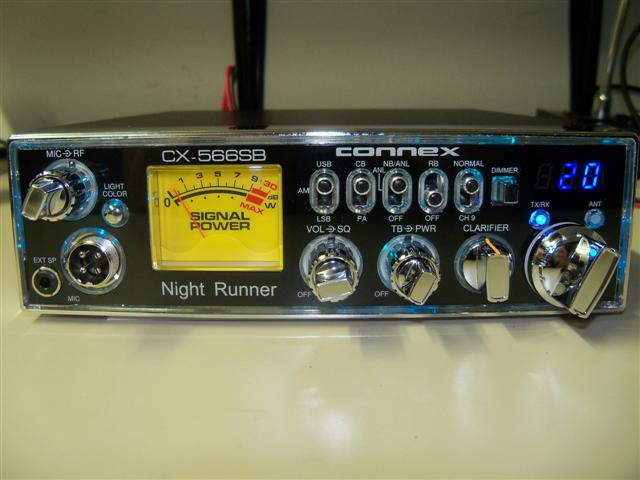 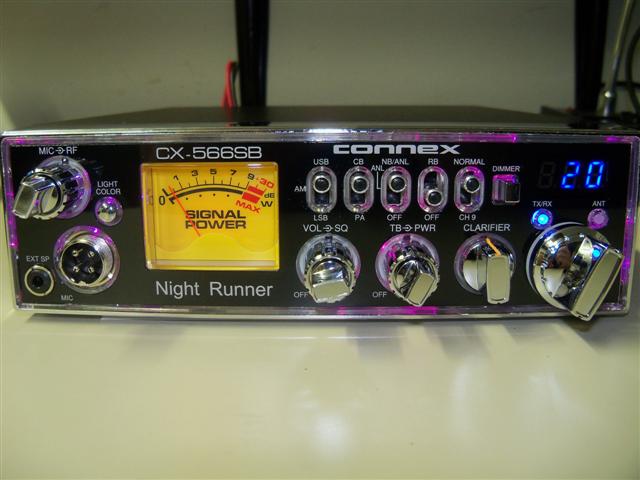 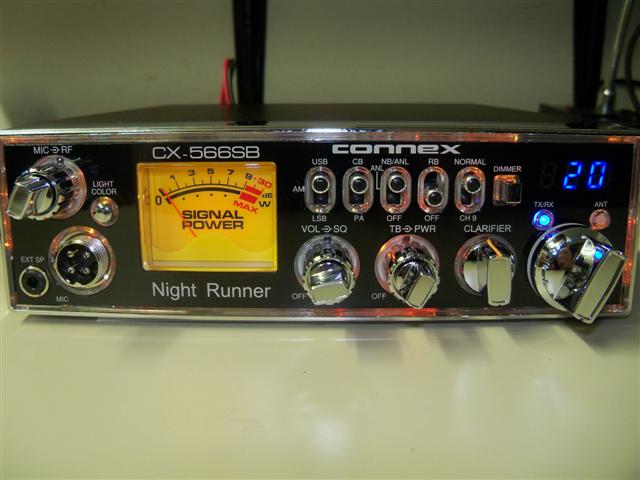 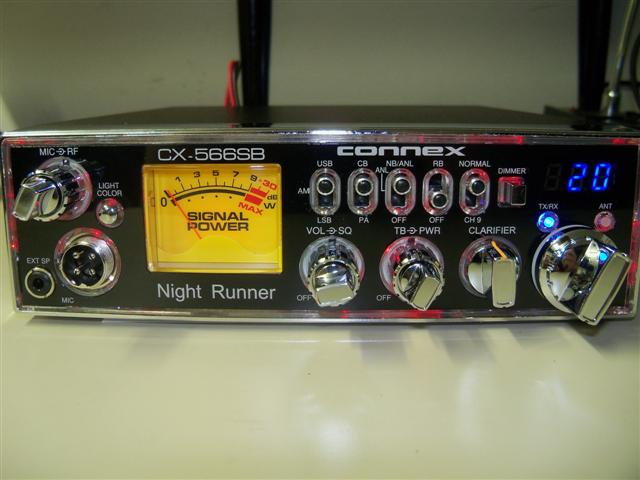 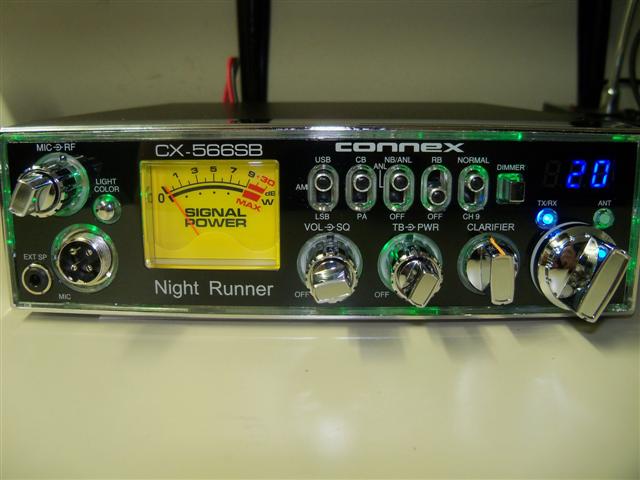 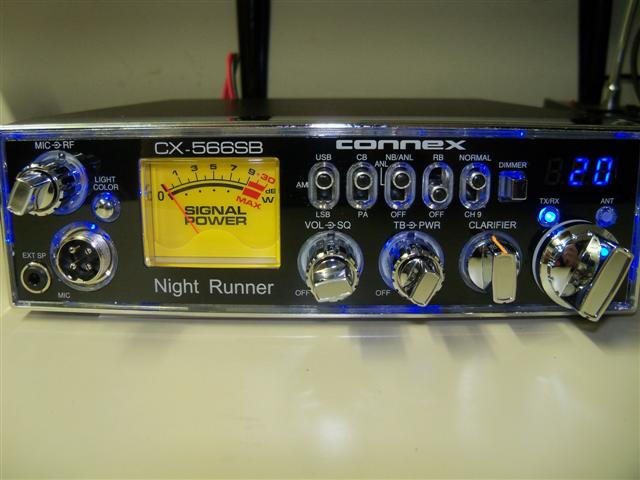