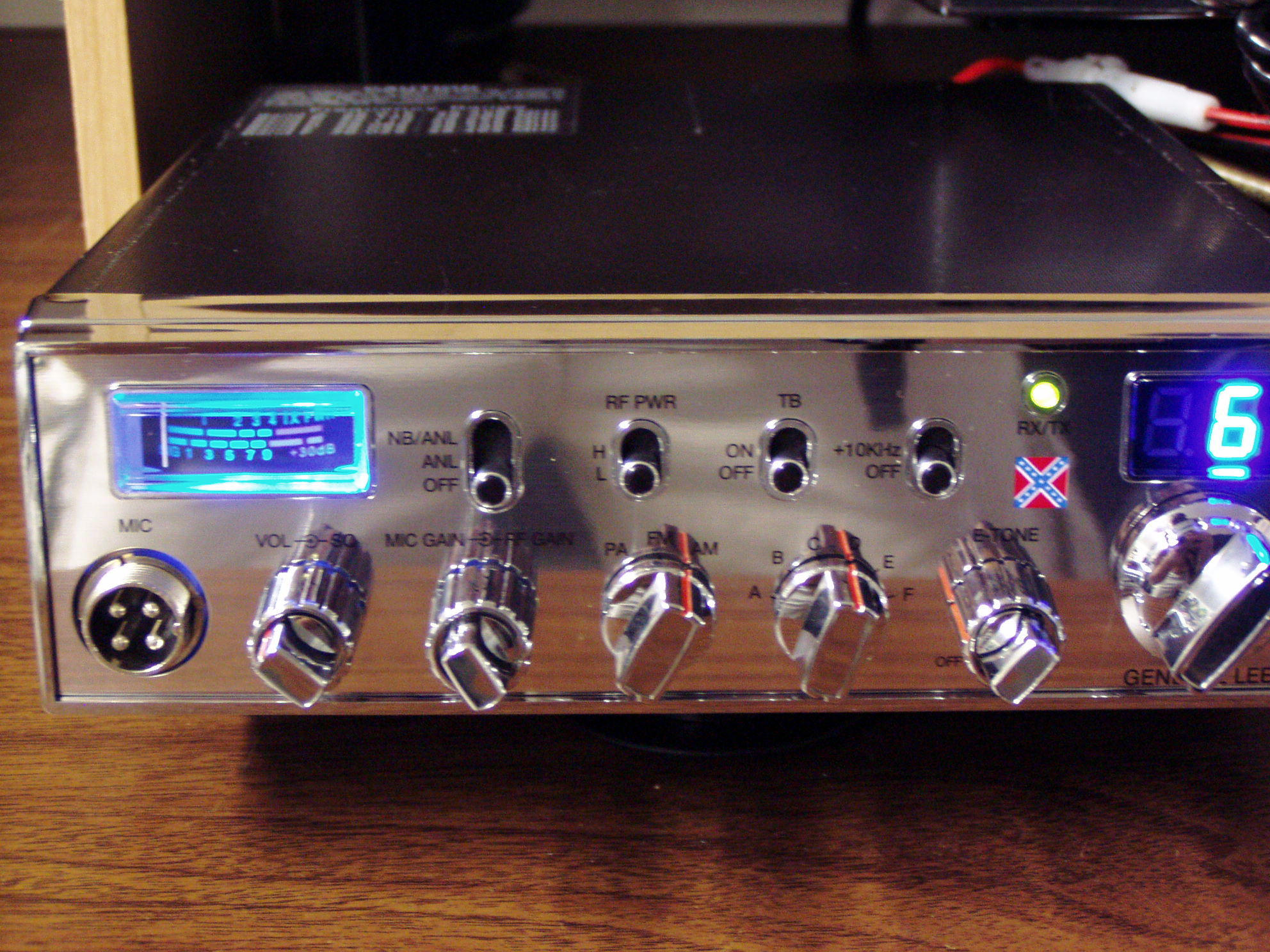 On every CB radio forum I’ve ever belonged to there is a question that gets asked on a regular basis. What’s the best AM/FM export radio to buy?

Of course there is no right answer – but out of the radios that get mentioned the General Lee consistently makes the list.

The General Lee has been a favorite for quite a few years now as drivers and hobbyists alike have been drawn to its dual finals, big radio sound, and clean echo. Priced reasonably and offering more bang for the buck than most CB radios, it’s easy to see why it’s a popular pick.

Let’s take a look at the features –

Now right from the start the General Lee shows its Dixie pride – you won’t find packaging like this with most other electronics.

When you unpack the radio you’ll find a very clean looking design with a small confederate flag symbol just under the RX/TX LED. The radio face has the brushed metal look to it and I personally love the look. Simple and old school.

The controls are laid out in an easy to use and fairly standard arrangement while utilizing dual control knobs for Volume/Squelch and Mic Gain/ RF Gain. You’ll notice that the microphone jack is on the face of the radio and although this does take up some space on the face it allows more mounting options for drivers, especially in tight installs where a side microphone would get in the way. 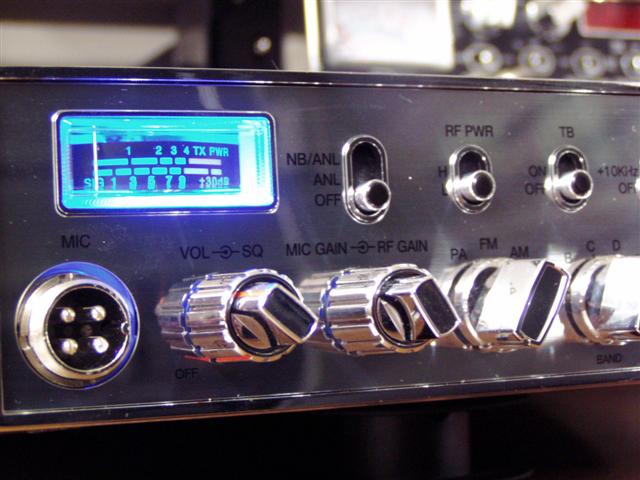 You’ll also notice the RF Power switch. The General Lee has two power settings, low or high. You can internally set these so that when you flip the switch you’ll know exactly what your output is on each setting. This is especially handy for people who want to run an amplifier. Set your low power to 1 1/2 to 2 watts deadkey for your amplifier input, and when you are running barefoot (no amplifier) you can just flip to high power for an 8 watt deadkey with swing to 40 watts.

The radio comes with a talkback switch for on/off control and the talkback level on these radios always seems to impress me. After maxing out the modulation inside during tuning you might get a little feedback at times, but much like with the General Longstreet the talkback volume level seems just right. 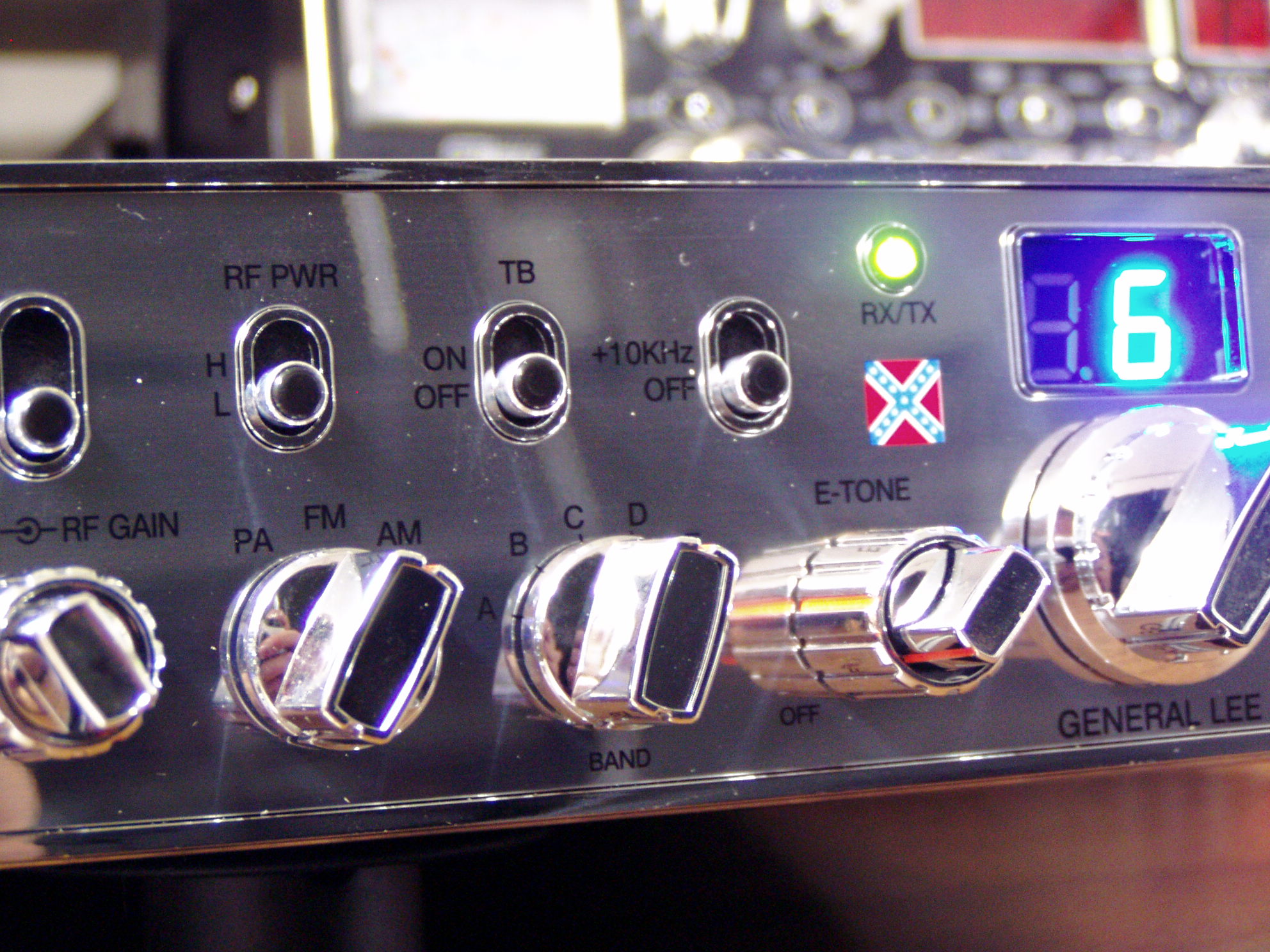 The +10KHz switch is fairly standard on most exports these days and it’s there to allow you to access some of the in-between frequencies (which in most cases will be easier to navigate if you purchase a frequency counter which can plug into the back of this radio).

Echo – not everyone likes it and lots of people definitely overdo it, BUT I will say that the echo on this radio is excellent. The dual controls let you set it right where you want it and the General Lee does really well with just a very slight touch of echo to give you a nice distinctive sound

The back of the radio is simple with two input jacks, one for a PA speaker and one for an external speaker. More interesting to those who wish to use the +10KHz switch or go into the frequencies above and below the regular band is the frequency counter jack. You can easily plug in a six digit frequency counter to this radio (Ranger Frequency Counter FC347). 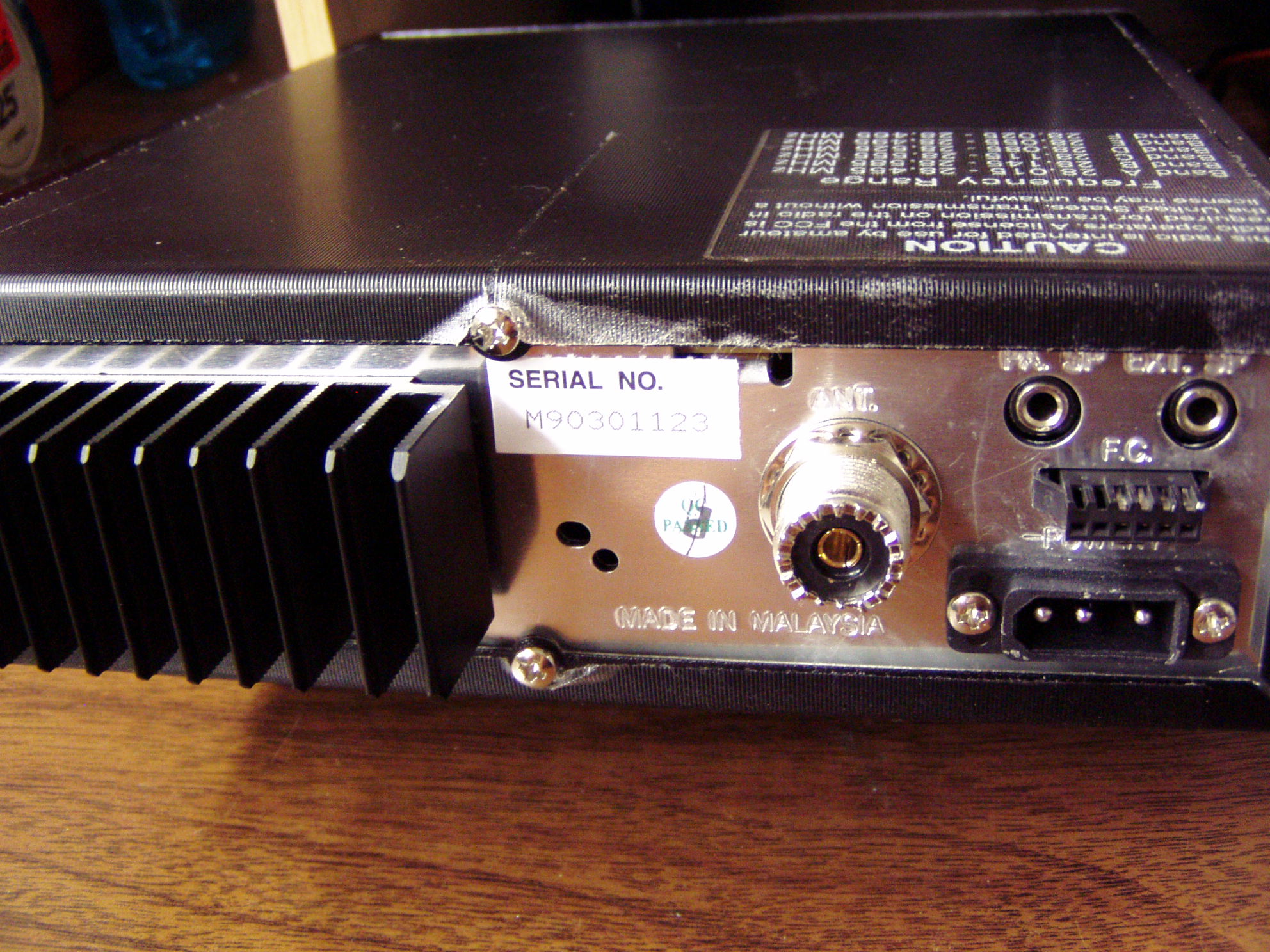 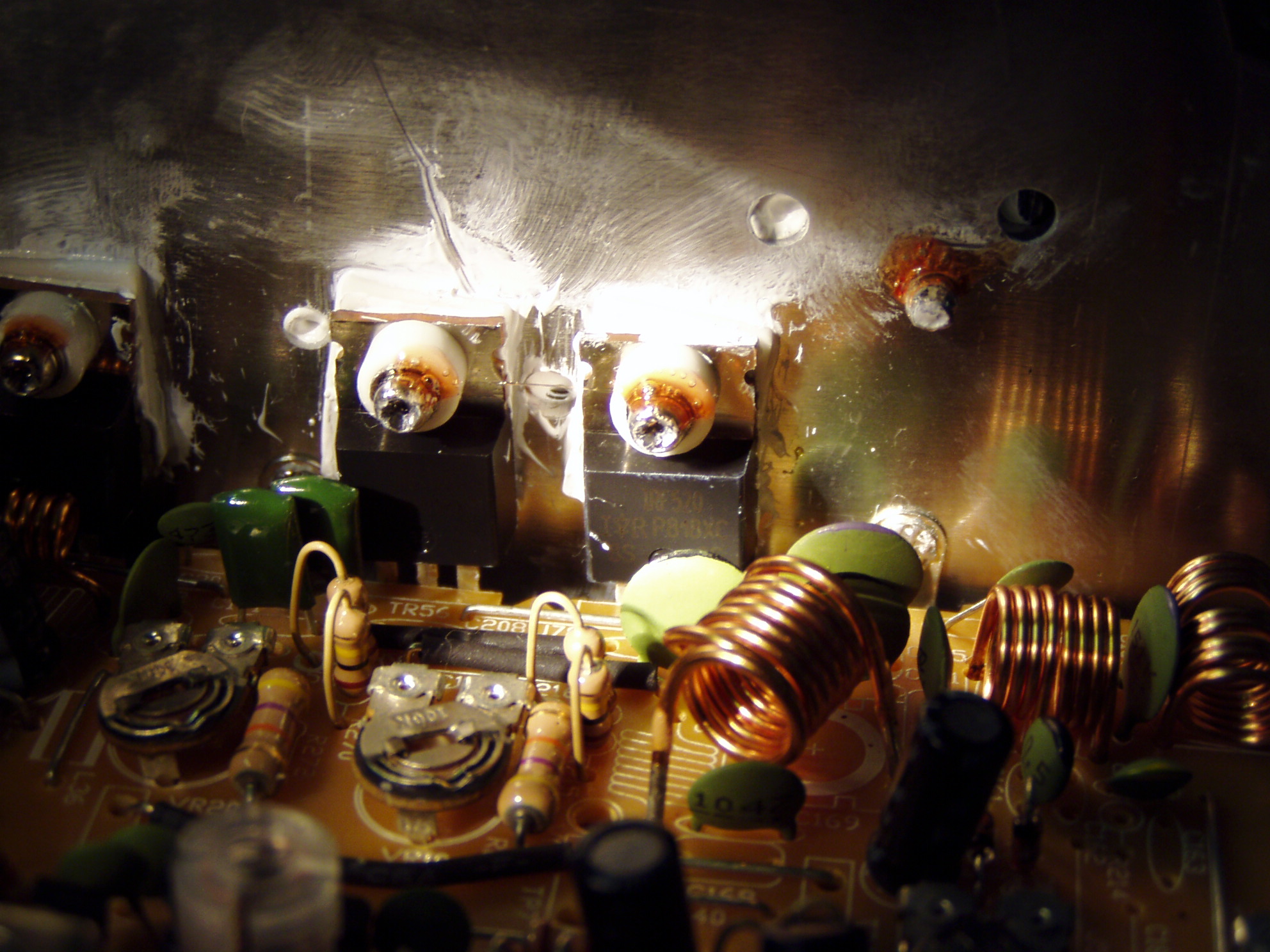 The new model General Lees use the blue LED’s which give a nice glow to the channel indicator and the meter on the radio. The blue coloring has become very popular, and while on some radios the blue can be a little too intense (especially at night), the General Lee seems to give off a pleasing glow. 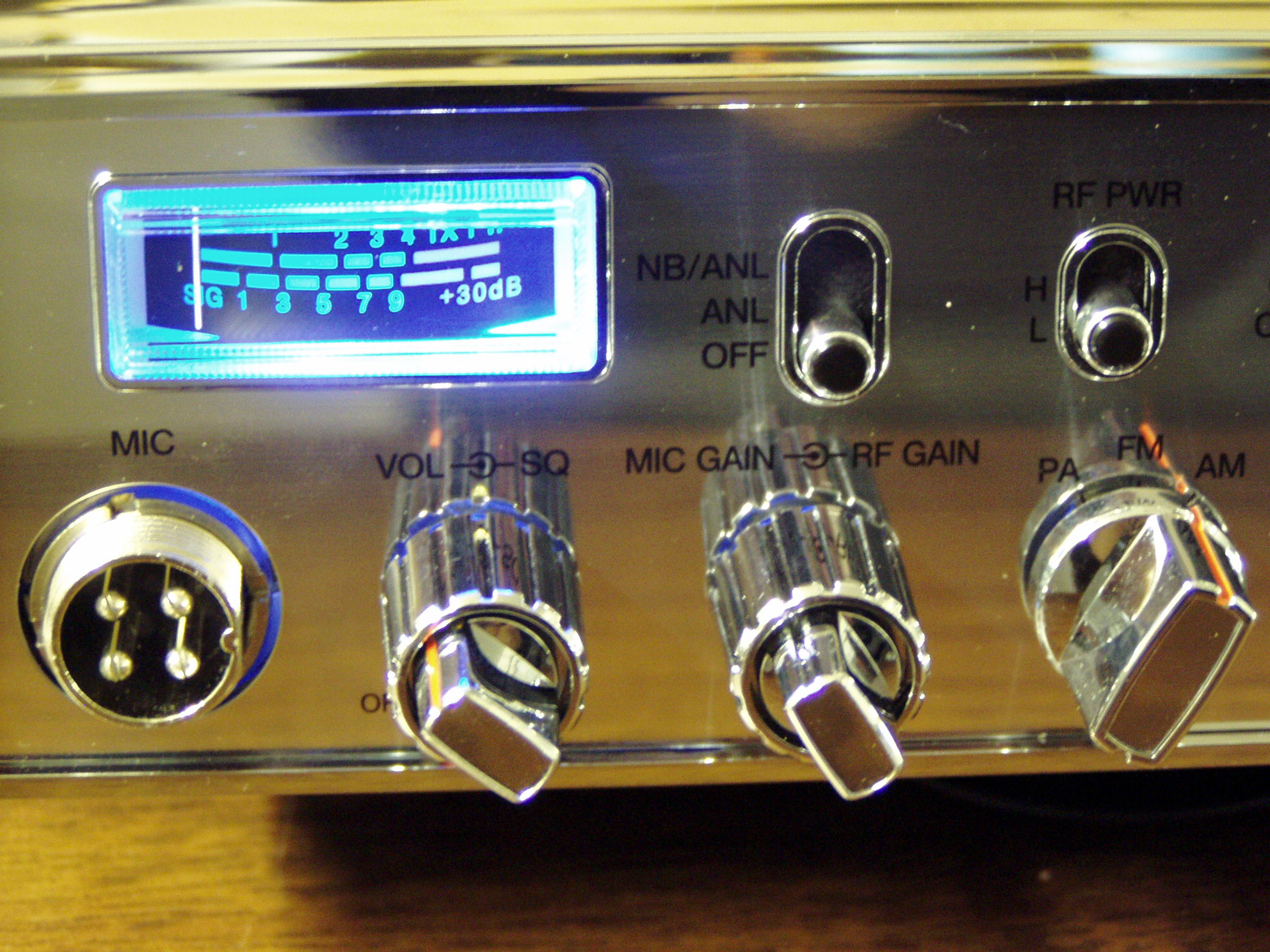 When we talk about performance that’s really where the General Lee takes its place in the Top 5 AM/FM export radios in my opinion. Once the radio has been tuned it can do anywhere between 35-50 watts depending on how it’s set up. Realistically, most people can see 40 watts with a tune from a good shop. The radio will give excellent swing even from a low deadkey.

This is one of those radios that doesn’t require a whole lot done to it for the radio to sound good. Adjusting the modulation potentiometers and setting your low and high dead key is all most people will need to do.

The General Lee shares much the same insides as the Connex 3300 HP and as anyone who knows about Connex radios can tell you, they give excellent modulation and if tuned correctly will be loud without sounding distorted. A clean, loud modulating radio…..isn’t that just what you were looking for?

I got excellent on-the-air reports with the radio – finding that even people in the distance could hear me and were responding. In many cases even though the people were far enough away that I wasn’t moving their meter the audio on the radio was still allowing them to hear me easily. In comparing the audio to a Galaxy radio I think most people will find the audio to be loud on both radios with the General Lee sounding more smooth and the Galaxy radios tending to be more crisp.

Receive on the General Lee is actually what surprised me the most. In comparing the radio straight out of the box to some other exports and CB’s on the bench it actually had a very quiet receiver with good response. Now it’s not going to win a contest against a HR2510 or other radios known for having amazing receivers but the ears on the General Lee definitely do the job. With the ANL and NB on in the mobile I noticed very little engine noise in the receive as well.

While I put this radio in my top 5 AM/FM only exports to buy, you’ll find I’m not the only one who thinks this radio is deserving of the honors. As I mentioned in the intro to this review many people on radio forums all over the web have suggested this radio as a great buy for those people who want more output than a standard CB radio and some of the extras only found on exports.

The radio impresses in output, receive, and modulation. You don’t need a power microphone and I wouldn’t suggest one. The radio comes standard with the Ranger SRA-158 microphone and it matches up perfectly with the General Lee. I know of many a driver who has installed this radio and a quality 2 pill amplifier and can talk anywhere they need down the road.

With the price of many CB radios hitting $129 or higher in price these days the General Lee gives you so much more radio for just a little more cash. 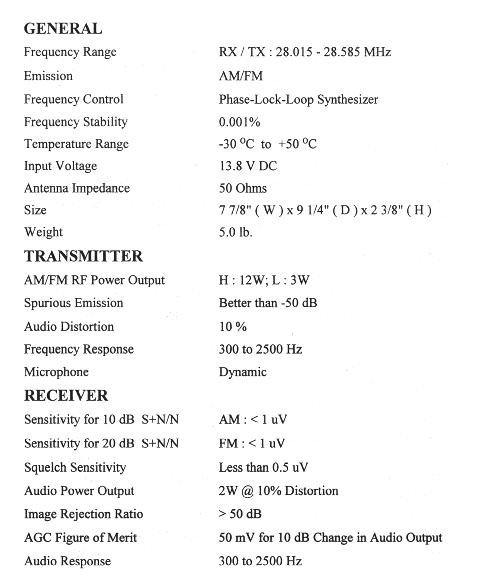