Many times when buying radios we don’t do so because we “need” the radio. And sometimes we don’t even really “want” the radio, but when we see that add in the local buy and sell it’s always hard to pass up a deal.

The radio shown above was picked up from a local for $25 and was in absolute mint condition and came with the original hand mike.

The Johnson Messenger 250 50th Anniversary Edition is a 23 channel AM only radio with all solid state parts (no tubes). 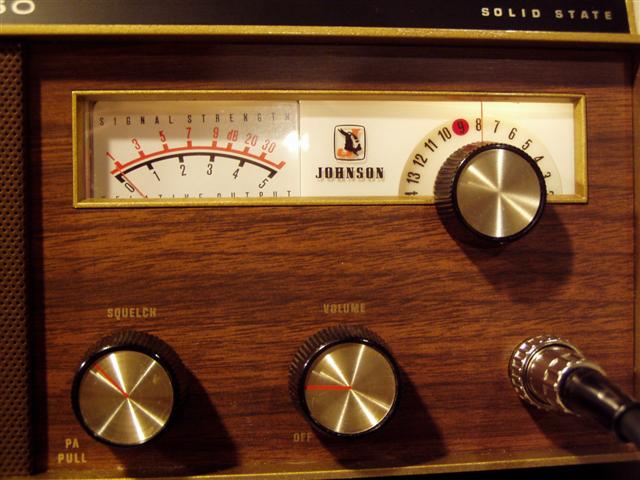 It features a rotary channel changing knob, volume and squelch control knobs, PA function and jack, a very nice and classic looking meter and a case that has a strange sloping shape to it. 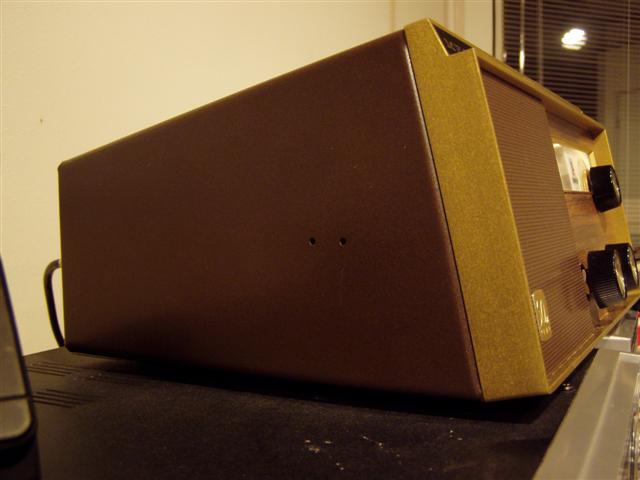 It carries the 50th Anniversary badge and the classic Johnson Viking figure on the area between the meter and the rotary channel selector. 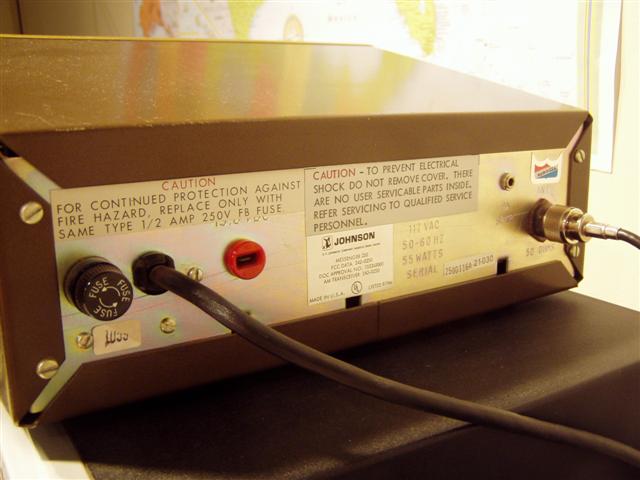 Once I got the radio home I found it received ok – but the receiver really can’t compare with most modern day radios, it just doesn’t pick out the weak signals.

Deadkey on the radio was 3 watts swinging to 6 watts….nothing very impressive. The audio was clear but far from loud. I expected that the weak audio could be attributed to the factory hand microphone. I doubted that it was doing much for the radio.

I opened the radio up and then searched the internet for info on this radio in hopes of locating some tuning info. I found the control for the power and was able to lower the deadkey on the radio to 2 watts so I could run it with other equipment.

I also found that the radio did not have variable modulation control….only a limiter. Seeing as the radio only cost me $25 and it wasn’t anything special at this point besides being in nice shape I went ahead and removed the modulation limiter.

In many cases removing a limiter can cause distortion, splatter and feedback. But for this radio. the removal of the limiter made all the difference. After removal I had swing to 10 watts and reports from other stations were that my audio had come up quite a bit and I sounded much better. The audio was still far from loud by today’s standards.

I put the radio aside and decided I wouldn’t be using it much since it didn’t have the audio performance that I desired.

About a month later on one of the CB radio forums I saw a member of the forum advertising an original Johnson Desk mike that had the strange Johnson 5 pin setup (Johnson microphones had male connectors with spiked ends on the pins). I thought it would go well with my mint radio because the microphone was in mint condition. The microphone arrived and it was in very nice condition indeed.

I looked it over carefully and on the bottom saw that it had a gain control potentiometer on the bottom. I hooked up the microphone to the radio and the reports that came back were a total surprise – “What kind of radio is that? It sounds awesome!”, “The audio on that thing sounds like a studio broadcast”. At first I thought people were joking with me but I had a friend get on the radio while I went out in the mobile.

Sure enough the audio quality and sound was nothing short of amazing. It had loud, clear and deep bassy audio. The response on the microphone was amazing. After talking to a couple of old timers they informed me that one of the pins on that Johnson was hot and so the desk mike was a power microphone.

This radio was meant for talking some serious AM skip. Sure enough I ran it into a box and the reports in DX land were excellent. People thought that I was talking on one of the high plate modulation radios like the Tram D201A or a Johnson Viking. Sorry folks…just a simple little $25 radio and $30 desk mike.

I used this radio for about 6 months but the AM skip was rare and the locals in the area only really were on SSB so I ended up passing this beauty onto another radio operator. He had the same results and said the radio would deadkey 3 watts and swing 12 for him with excellent audio.

Unfortunately at one point he wanted to run a higher deadkey into a amplifier and raised the deadkey on the radio to 5 watts. The radio shortly thereafter lost it’s output. This is something that people need to be aware of with older radios (Trams, Johnsons, Golden Eagles), they are not meant for high output. The older style radio aren’t for high deadkeys or high swing. They produce a great sound and great audio and if you need additional output you add an amplifier. Don’t push the oldies too hard or they will give in to their age and design and will quickly fold.

I was actually sad to hear that the radio had passed on because it really was one of the most amazing finds for pure sweet audio I’d discovered in my CB days.

Before you run out and look for one of these radios though you really would need to consider if it’s worth owning. What kind of radio operating do you do? Is a good receiver important? Etc..

#1 The radio has some sentimental value

#2 The radio is a collector piece

As for the Johnson Messenger 250 50th Anniversary Edition I was not impressed with the receive; the radio is fairly simple and doesn’t have a lot to offer in features; but the one that I got my hands on was an audio monster after a clip of the limiter and adding the power desk mike.

When the AM skip is rolling and we are at the peak of the cycle in a couple of years I may go looking for another one to use for some superbowl talking.

It’s very possible that I pick up the same model radio and microphone, perform the same modification, and don’t see even close to the same results and that would only make me wish more that I had hung on to the one that I knew was an audio beast.