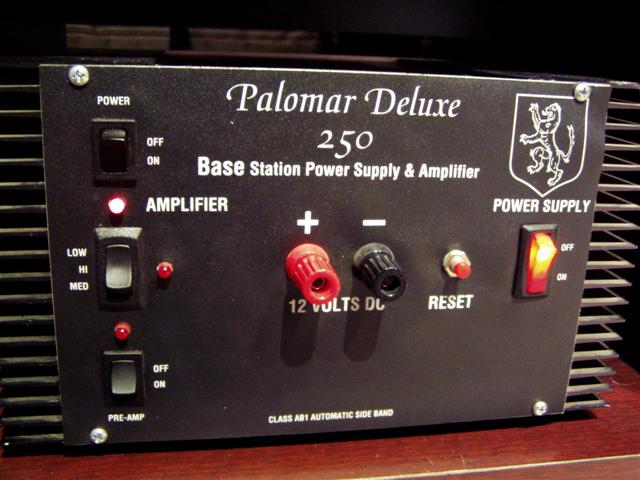 If you are involved in the CB radio hobby long enough there will come a time when you buy an amplifier.

When you are choosing an amplifier for your vehicle the choices are varied, but you most likely will be limited by two main factors – price, and the amperage available from your alternator to power the amplifier.

Setting up an amplifier at home is a little tricky compared to the mobile. The first problem is that if you decide to use a mobile amplifier at home you’ll need a 12 volt DC power supply. Even small amplifiers draw 10+ amps and power supplies providing that kind of power can cost upwards of $50 new.

A 200 watt amplifier can run you $100 and a 20 amp power supply new could cost around $100 so it’s quite possible you’re looking at $200+ to set up some power in your shack. But running a mobile amplifier is just one option.

The other option is to buy a base amplifier.

There are a lot of older tube base amplifiers floating around out there, but for my purposes I wanted my amplifier to be solid state. I didn’t want to mess around with tubes warming up, trouble replacing them, or just the fact that most tube amps are older than I am.

For solid state amplifiers companies such as Xforce and Fatboy do make some nice NEW base amps, but you’re looking at a fairly sizable investment.

This led me to look for a Palomar Deluxe 250 base amplifier.

I knew these had been made back in the 80’s and early 90’s and that there were still quite a few floating around so I decided to track down one in nice condition and give it a go.

The Palomar Deluxe 250 is basically a two pill amplifier (2 x 1446) installed inside a steel case with its own AC to DC power supply inside. The sides of the case have heat sink cooling fins and a fan is installed near the rear of the unit for air flow.

The front terminal posts allow you to connect a CB radio’s power cords directly to the box. Turn on the main power switch and you can power your CB radio. Flip the on/off for the amplifier stage and now you can key that CB radio through the amplifier and put out 200+ watts.

It really is a neat system. The idea of being able to use a mobile CB with an amplifier/power supply all in one really is appealing. Better than having a mobile radio + power supply (strong enough to power both CB and amp) + amplifier.

The Palomar Deluxe also comes with a Pre-Amp built in for when you can’t pull in those far off stations. It also has a three stage power switch so you can adjust your output if full power isn’t necessary.

In testing out this base amplifier I found it very easy to set up and use.

I turned on the main switch and turned on the CB and started talking……a couple of minutes later I flipped the on switch for the amplifier and right away I had 200 watts of talking power.

The pre-amp works well, but I’m never a fan of them as they usually increase static as well as far off signals.

On SSB on high the amplifier peaked out around 220 watts.

The meter I had for testing is known to be low for peak numbers so I’d venture to say you could add 20 watts to the peak output numbers.

Stations in the local area said that my signal increased significantly from 2-3 S units and my audio also was much louder.

I ran the amplifier for 20 mins or so and did notice that the cooling fins got warm, but I didn’t notice any overheating or excessive heat and the fan on the back ran the entire time the amp was on helping to keep it cool. 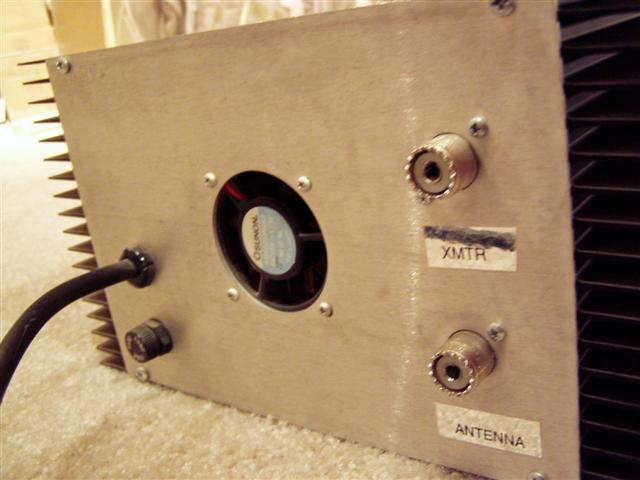 Now these amps are older units and so you may run into some problems with them – most common are knobs/switches not working or breaking, pre-amps that fail or pills that have been blown from too much input. On my model I ran into a problem with the internal breaker, whenever the unit is turned off after use, the breaker is triggered. This means that the next time you go to use the unit you have to push the reset button. Not a huge deal, but something to be aware of if you are testing one out before buying. Another friend of mine encountered the same problem with one he picked up.

These amps are AB1 rated, but I’d be surprised if they actually fell into that category. They can and will bleed through your electronic equipment, especially if you run a radio that has a clipped limiter or is over-modulated. I would almost suggest running a stock radio with a non-powered microphone with these amplifiers for the cleanest results. If you aren’t worried about upsetting the neighbors then let it rip with whatever you got.

This is one of the positive points in running a tube amplifier – they are known to bleed less than transistor amplifiers. The Palomar being a transistor amp means that you may or may not encounter problems depending on the many factors of your base station setup.

The automatic sideband delay seems to work well and I was able to make a couple of contacts on sideband.

During use I didn’t get any comments or references to over-modulation, distortion or muddiness so that may indicate that the AB1 class shown on the front isn’t just for show and your outgoing signal is coming out clean.

These units seem to be well made, but I’ve seen many with chipped plastic on the faces, rusty cooling fins and broken switches/buttons. I’d chalk most of that up to miss-use and abuse by the owners. If well cared for I would guess that these amplifiers should hold up over time. Eventually I’m sure the internal power supply will fail, but that is not unexpected and it’s replaceable.

These units also were sold under the “Boomer” name brand so that you may see a “Boomer” 250 Deluxe Base amplifier. In most cases it should be very similar if not identical in design to the Palomar model. Like many of the mobile amplifiers that got tagged with different names these bases also can have any number of different brands tagged on the front.

While some people will say these units are a waste of time, I believe if you are a no-nonsense kind of person and can get one at a reasonable price you will enjoy the all-in-one functionality of this unit.

If you can locate a 500 watt version for less than $200 you are getting a steal.

I’ve been surprised by some of the final bid prices on ebay for these units. Some of the 250 watt versions have sold for as much as $250. But with a brand new base amplifier these days costing $300+ maybe it’s not surprising that CBer’s are looking for these older units as an alternative.

PICTURES OF THE INSIDE OF THE UNIT 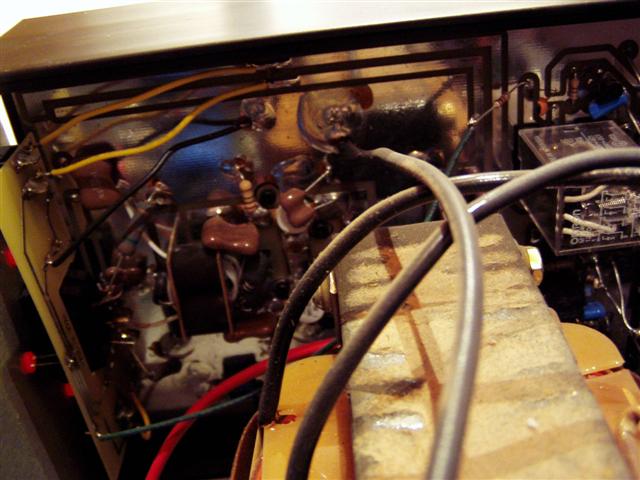 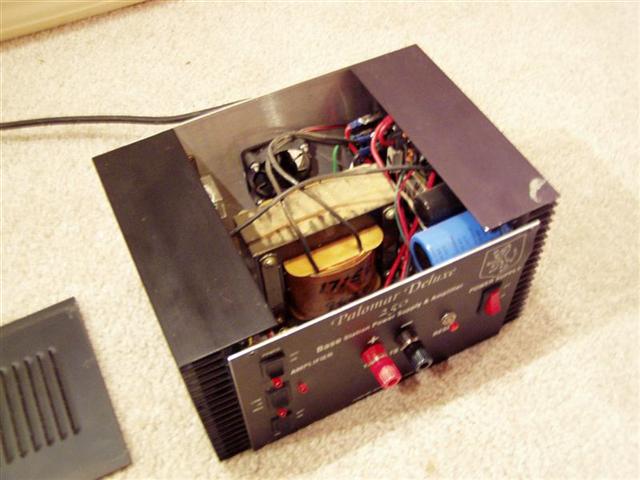 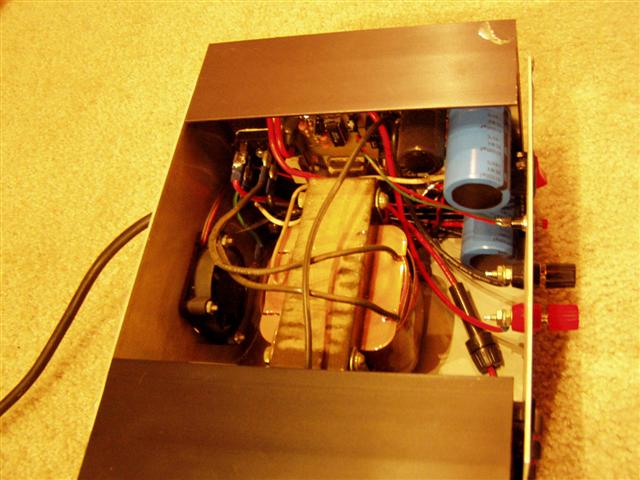 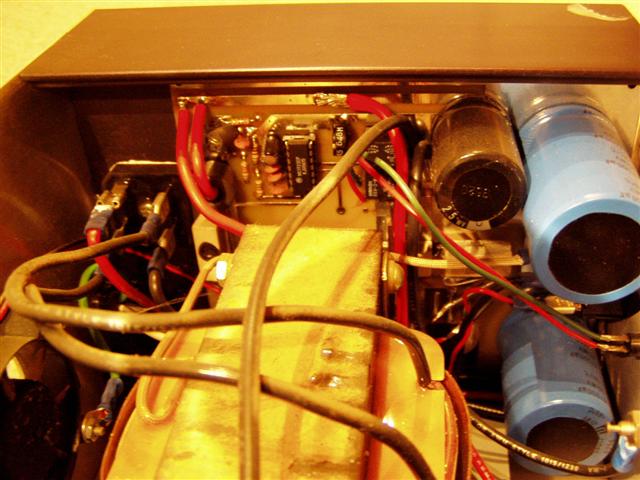