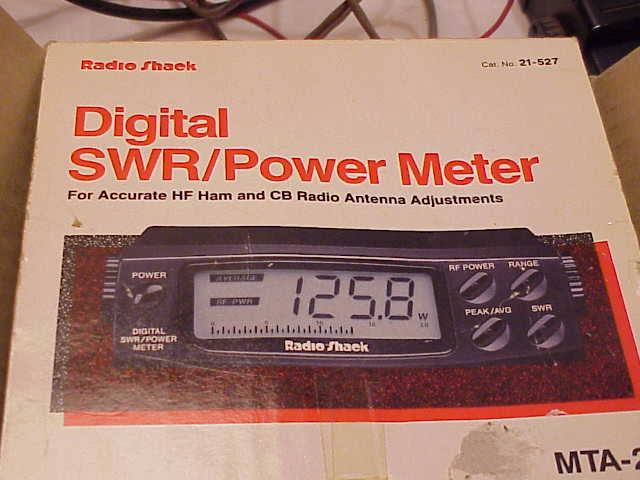 The Radio Shack Digital SWR/Power Meter was released in the mid 90’s and the model number was MTA-20 (catalog ID with Radio Shack is 21-527). As is stated in the title of the SWR meter this is a digital SWR / Watt meter with no moving mechanical parts. This meter is no longer in production and can only be found as a used item. As a used item it is fairly sought after and often will sell from $100-130 on eBay.

The meter is comprised of multiple parts – the main unit shown above, the sensor unit which has two locations for coax (Antenna and Transmitter), and the AC/DC converter that provides power and plugs directly into the wall. 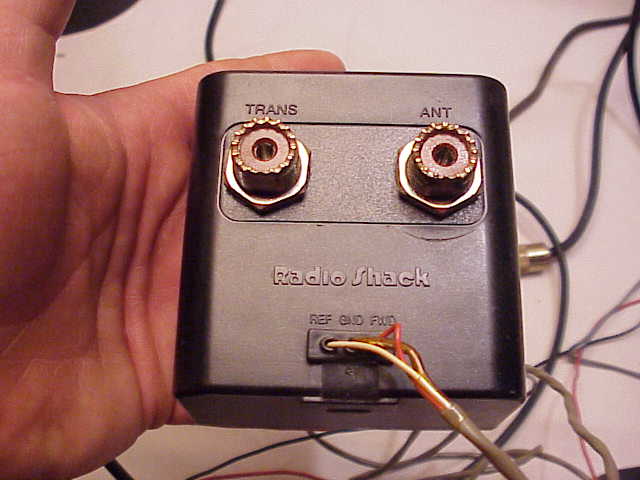 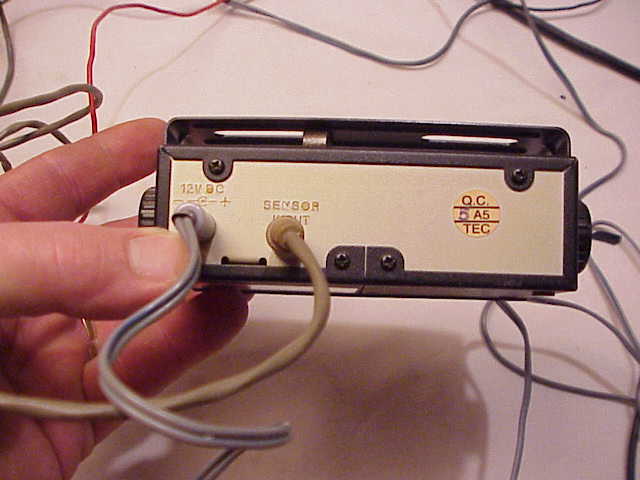 The meter has a power button and four function buttons – RF Power, Range, Peak/AVG, and SWR.

The buttons are fairly self explanatory – the RF Power button takes you into the watt meter measurement mode of the meter, the Range button allows you to manually adjust the watt range (0-20W, 0-200W, 0-2000W). The Peak/AVG button allows you to switch between an AVG output reading and a peak output reading. The SWR button takes the meter into SWR mode.

Modes are shown on the digital display for easy reference. 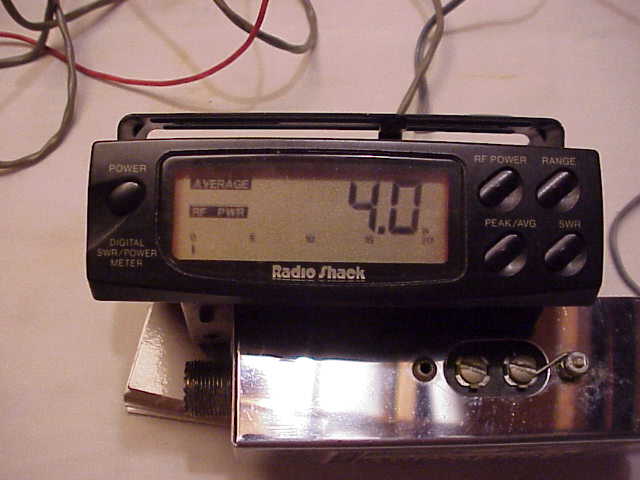 The meter and components are hooked together as follows for operation –

The meter is well-made and seems durable enough and the sensor is fairly durable-looking as well. This can’t be said for the sensor wire that plugs into the back of the main unit. If you look carefully at the picture of the sensor shown above you’ll see that the three wire system attached to the sensor is fairly exposed and there isn’t any sort of outer coating on the connection area. Ideally I would have liked to see a cord that was connected directly to the unit with the wires running inside so that the cord or outer shell would take the brunt of any pulling or stretching and not the actual wires; but that being said I never ran into any problems in regard to the wires in my experience with these digital meters.

As a SWR meter these units do a good job, I found them to be accurate and easy to use. They were able to give me SWR readings at multiple power levels (the most I put through the meter was 450 watts) and found no problems. The SWR was easy to read and understand.

The best part about this unit as a SWR meter is that it’s auto-calibrating. Unlike most mechanical meters that require you to do a calibration before flipping a switch this unit takes care of that all on it’s own. All you need to do is press the SWR function and key the microphone.

Using this unit as a wattmeter I was disappointed. In measuring deadkey wattage the meter would fairly accurately display the amount of wattage, but the digit on the right side of the decimal would bounce around incessantly.

For peak readings I found the meter to be less than acceptable. The meter doesn’t really have a peak reading “hold” which means you have to have quick eyes to catch what your peak output is. Now as you modulate that peak number displayed is going to look daunting as the numbers fly up and down. It is very difficult to read the digits and unless you use a steady tone good luck on getting an exact peak reading.

It’s for this exact reason that those looking to see their peak watts on a digital meter usually opt for one that has a “hold” control that can be set. The peak hold control allows the display to save the highest peak reading and continue to display it for anywhere from 2 – 20 seconds. This feature is usually only found on more expensive units though.

As this meter is fairly straight forward to use and can give you accurate SWR readings I can’t fault it as a SWR meter. If you need a wattmeter though and are looking for a active peak reading meter for use with sideband I would steer clear of the MTA-20 as it’s not very easy to use for this purpose and doesn’t measure up even as a lower cost digital watt meter. 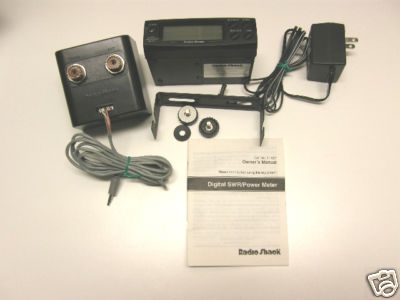