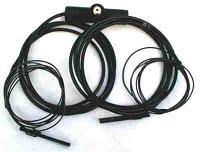 About 5 years ago I had been looking to build myself a permanent dipole antenna to use at my home when a friend suggested I should just pick up one of the pre-made Bazooka Dipole antennas from Radiowavz. I looked into it and sure enough the total cost of the antenna was $30 which included shipping and it was better made and more weatherproof than anything I could have fabricated for $30 (I thought back to some of my former dipole projects which worked great, but were not a pretty sight).

My antenna arrived and I was quite impressed with its design and manufacture. These antennas from Radiowavz are very well made with quality materials and are sealed very well. Many people didn’t understand the idea of paying for a dipole when it’s so easy to make one yourself, but once you see one of these Radiowavz dipole antennas you’ll find that for the amount of time and money it would take to make your own dipole of this quality it really is a smart buy.

I purchased the standard model with a manufacture rated power handling capacity of 1600 watts. They also sell a 5KW version.

The Bazooka Dipoles can be mounted in a variety of positions. Horizontal, Vertical, Slope, or in a inverted V fashion.

A horizontal dipole will be very directional and good for DX, a vertical position will be good for local talking. A slope is also good for DX while an inverted V can work well for both DX and local talking.

The antenna has a plastic middle section where a female SO-239 connector is mounted and this is where you attach the coax. From the middle section wire extends out either side and the total length of the antenna is roughly 18′ long. Near the ends of the antenna the wire gets smaller and then routes through a insulator at either end. These insulators also allow you to shorten or lengthen the antenna by pulling the wire through two holes for adjustment.

I ended up mounting the antenna along the top of the wooden fence in a horizontal configuration. It was very inconspicuous and about 3” above the top of the fence. I got my base ready then connected the coax and SWR meter and had my first key for SWR. It’s was over 3 so I knew that I had some work to do. I was ready to trim the ends of the antenna when another friend recommended just bending back the ends upon themselves and taping them together until I found a good SWR reading. That way if I moved the antenna into another configuration in the future I could undo the ends to make it longer if necessary.

I wasn’t sure how well this would work but sure enough with about 6” of each end on the dipole taped backwards I had a 1.2 SWR across all 40 channels.

I could hear the locals right away on Channel 18 (the local AM channel) and thought I’d give them a shout from the base. I had no problem reaching them although they said my signal was a S3 when normally from my vehicle with a 102” at the same location I was doing a S5. The receive on the dipole was excellent and there was almost no static at all.

I used the antenna in this configuration for a couple of months and also experimented with an inverted V configuration with good results as well. Everyone in the local area was very surprised that a 4 watt radio and dipole antenna could perform so well locally.

The antenna was only about 6.5 feet above the ground! The most amazing thing I found when using the Radiowavz Bazooka dipole what that it created almost no TVI and I could watch football and talk on the radio without any worry of snow on the TV (Cable TV).

When we moved later that year I took down my antenna and boxed it up thinking that I wouldn’t use it again for a long time. Although a dipole can do surprisingly well it can’t compete with a well made base antenna.

The next place we lived was another rental home and once again it was a situation where a vertical antenna wasn’t going to be tolerated. I dug out my Radiowavz Bazooka dipole and temporarily hung it in the car port horizontally between the two supporting beams. It was only about 7’ above the cement driveway and very well disguised as it ran just above the wire clothes line. 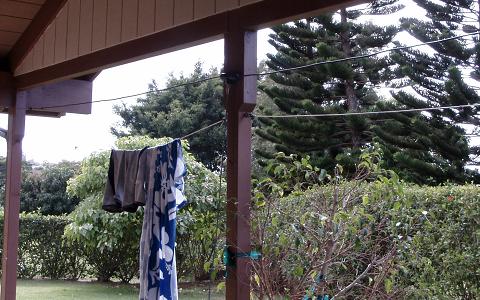 With a Magnum Omegaforce radio on a 10 amp power supply I was talking skip everywhere within minutes. I talked to the mainland on many occasions and it seemed like I had a direct pipe to Australia as I talked to them everyday for months. Often I would be talking to a loud Australia station who was using a multi element beam with 100 watts output and they could not believe how well my dipole only feet above the ground with 30 watts was performing.

My SWR was always under 1.5 and because I didn’t want my landlord to know about the antenna, after talking each day I would unscrew my coax and pull it inside the house.

At one point I even mounted the antenna inside to see how it would perform. I was able to talk to Australia and Chicago in the same day.

I recently sold my Radiowavz Bazooka after 5 years of use and in that time it had been mounted in many different setups – on a fence, inside a house, about 100′ off the ground between two trees and between a house and a 30′ tree. In every situation the antenna performed very well and allowed me to talk both locally and a lot of DX. 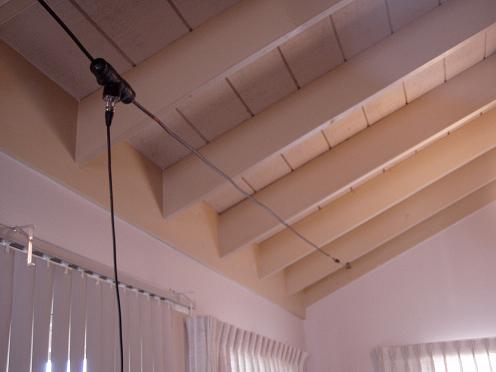 Although a dipole is something anyone can build, I believe the Radiowavz Bazooka is a very well made antenna that has stood up to my abuse and has proven that it can perform very well. I have no problem recommending it to anyone in the hobby who can’t install a more traditional antenna due to space restrictions or even financial restrictions and is looking for something stealthy and easy to set up and use.