The first time I saw this radio it was love at first sight.

A couple of years ago I owned a General Longstreet and it was one of the loudest and best sounding mobiles on both AM and SSB. I really liked the looks of the Longstreet and also the feel of the control knobs. It was basically a Galaxy 88 but had a slightly different look to it.

When I sold that radio I immediately regretted it and since then I have been looking for a replacement. I loved the Magnum S9, but I was still looking for something that was similar to the Longstreet.

Low and behold Ranger Communications decided to make new radio called the SS-158EDX and I knew I had to have one.

First lets state what my requirements were –

I wanted something with echo and roger beep built in

Frequency counter was a must

Dimensions: W 8″ x L 10″ x T 3″
Included Accessories: Stock mike, mike hanger clip, mounting bracket, side mounting screws, power cord, and owners manual.
I purchased my radio online and it was delivered promptly and without any issues whatsoever. My radio was delivered via UPS and I couldn’t wait to use it.

The radio was delivered and arrived in the standard trucker style box that Ranger uses (their marketing and design department could do a little better art design on their boxes) and the radio was carefully packed inside.

It comes with the radio, mount, SRA-158 microphone (one of the best stock microphones on the market) and a power cord.

The power cord on this radio is similar to the one used on the RCI-2970. It’s the large plastic plug housing with 2 neg and 2 pos points inside of it. You can’t use your standard 3 pin power wire with this radio so if you plan on swapping this radio and another back and forth you may want to invest in some anderson power pole quick disconnects.

Out of the box the radio had a deadkey of 10 watts and on AM was seeing 37 watts PEP. SSB was showing 32-34 watts PEP output.

These measurements were taken with a Palstar WM150 peak meter.

Please note – if you are really lazy – you can get the CB frequencies by just removing the resistor, but you might as well do the whole mod so you can get full coverage.

This radio sounds good out of the box but definitely needs to have the modulation turned up slightly. I adjusted it up just a little bit and was able to achieve a much louder and clear sound on both AM and SSB. With the modulation tuned up the mic gain only needed to be in the 12 o’clock position, any higher resulted in just too much gain.

The stock mike with this radio is perfect. Don’t bother putting anything else on it, you’ll only overdrive it. This radio has plenty of audio without adding a power microphone. People said it sounded very comparable to my S9 in audio and tone.

On AM this radio is smokin’ – great sound and loud audio. People really liked the way it came through, again I got comments comparing it to the Magnum S9. The echo has a really nice sound to it as well and is fully adjustable.

On SSB the radio has great receive and transmit, but the radio does have a slight drift during warm-up similar to the Galaxy radios. This is a very common problem with the Galaxy export radios and I’m not surprised to run into this since this radio uses a similar chassis. The radio does very well on SSB and I was able to make a DX contact barefoot with this radio and a dipole antenna showing that the radio has plenty enough talk power to do some DXing on SSB when conditions are good.

The clarifiers are unlocked so be careful when moving yourself around – you’ll need to make sure you get back to center before making that next DX contact 🙂 To do this you need to tune the clarifier while keyed to adjust your TX freq. 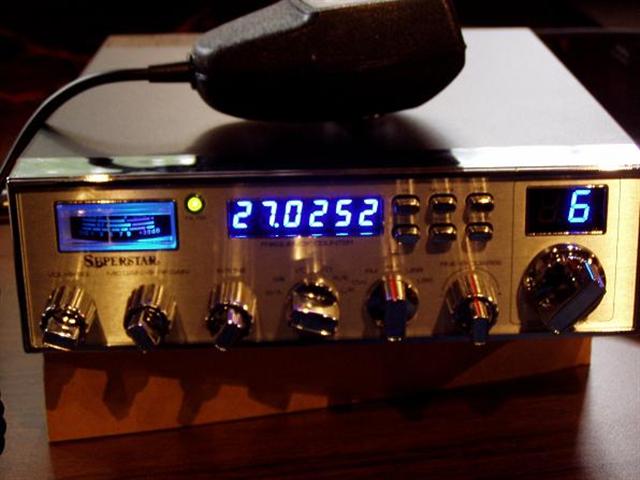 Now somewhere a nasty rumor started that said you can’t lower the deadkey on this radio – poppycock.

I was able to lower the deadkey on this radio by simply adjusting a variable pot. The deadkey can be lowered to whatever level you want. I was able to achieve a 3 watt deadkey with swing to 28 watts.

When lowering the deadkey you will notice a drop-off in peak output, but this is quite normal and when running this radio with a 1-3 watt low drive amplifier a peak input of 28 watts VS. 38 watts most likely won’t make a huge difference on the output side. This radio matches up well with the Magnaforce 350.

About 2 weeks into owning this radio I had an LED go out. I promptly sent the radio back to Ranger Communications and they replaced the LED display and had the radio back to me within 1 week. They also made sure the radio was aligned before returning it. They really offered top notch customer service and their email communication was excellent. It is a pleasure to run into a company that offers that kind of warranty and service on their products.

Once the radio was returned to me it has been working great ever since.

Some of the things I really like about this radio –

Some of the dislikes –

TOO much audio – well, this isn’t really a bad thing, but you really need to make sure to not overdrive this radio with too much audio gain, it really has a ton of audio built in!

And that’s it – it really is a solid performing radio with good talk power, good receive and a nice layout that includes all the functions you could ever expect from an export radio.

For real world use I’d say buy it, convert it, adjust the modulation up just a tiny bit and rock and roll on the airwaves.

After many months of running this radio I found that frequency stability on these radios to be an issue. The radios I used tended to drift up or down even after warm up. Now for me this was an issue, but I have spoken to two or three other people and some people have said they had no drift issues and other told me they ran into the same problems.

BUT…..due to the drift they experience you may have to consider it carefully if you plan to use it as a daily SSB radio.

The overall consensus from everyone who owns one (drift or no drift) is that they have awesome AUDIO!

Service Manual for the Ranger SS-158EDX

Overall I give this radio the following ratings –

Performance – 8 out of 10 (only detraction is slight SSB drift)

Warranty and Service from Factory – 12 out of 10 ( Ranger Communications went above and beyond in their repair and service for me, I am very impressed and it makes my decision to buy this radio even more solid)

Price – 10 out of 10 ( There are very few other radios out there with this package for such a reasonable price).

Often when buying a radio the biggest fear is getting a lemon – but I didn’t worry about that with this purchase. Copper.com has given this radio a 10 out of 10 rating and multiple people have said it’s just a great all around product. Throw in a warranty from Ranger Communciations just in case anything does go wrong and you’ve got quite a package.

Below are some additional pictures of the radio – 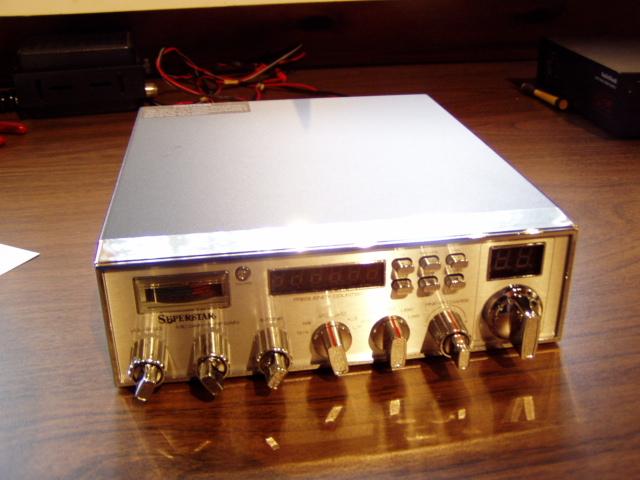 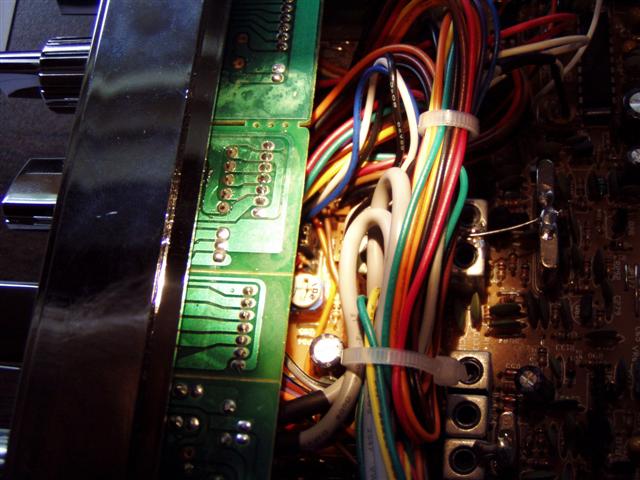 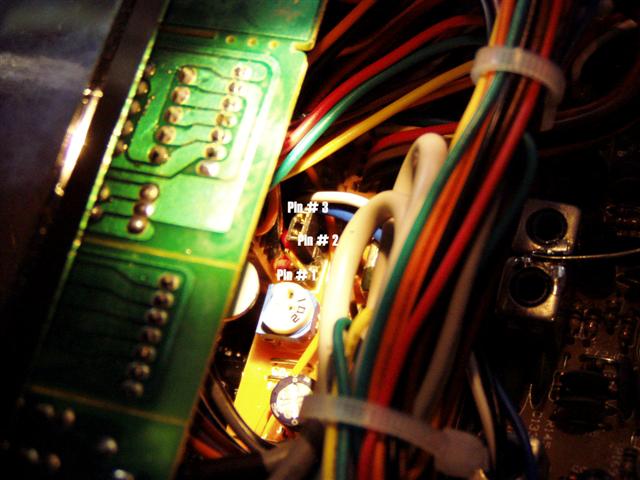 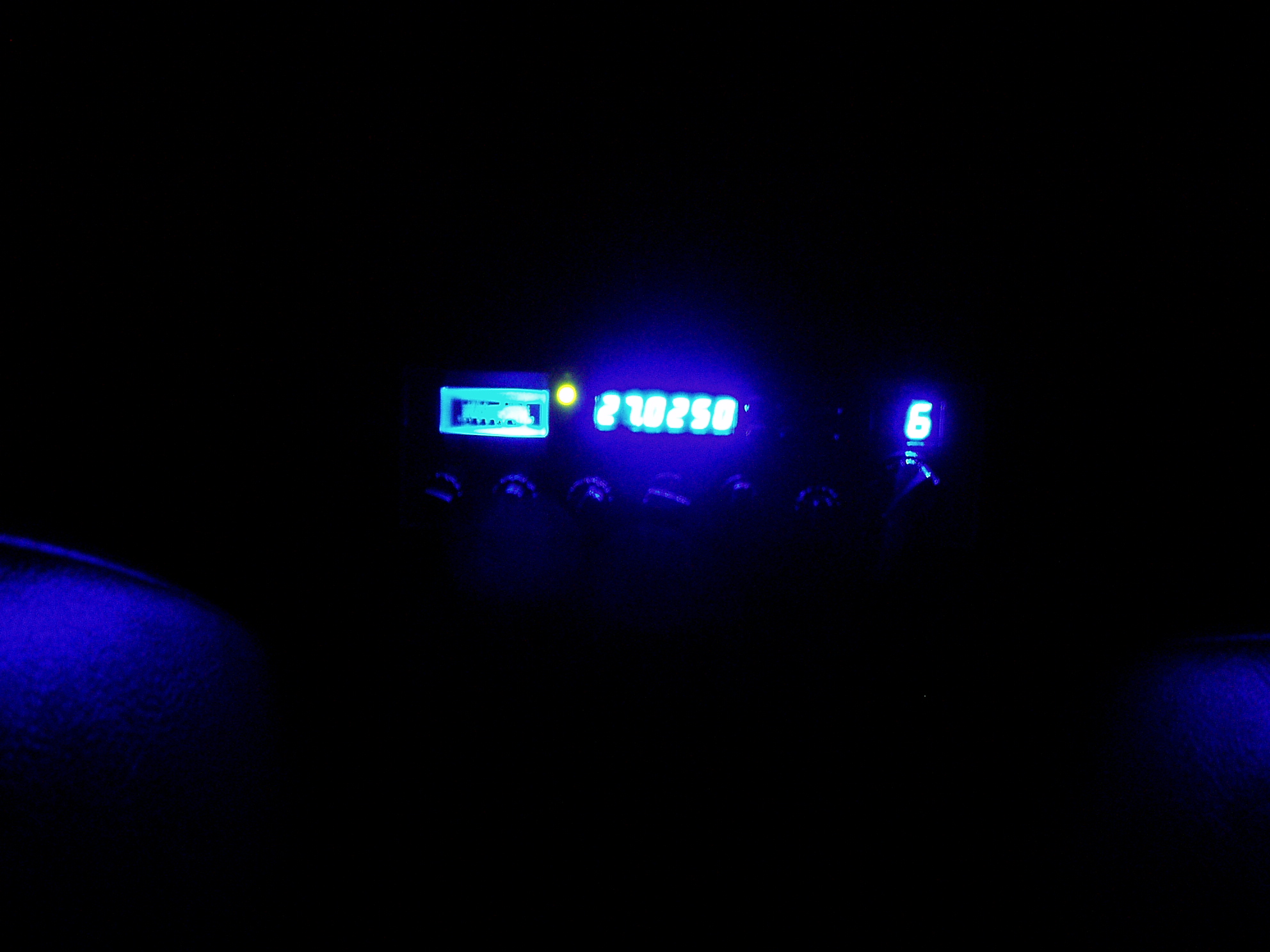 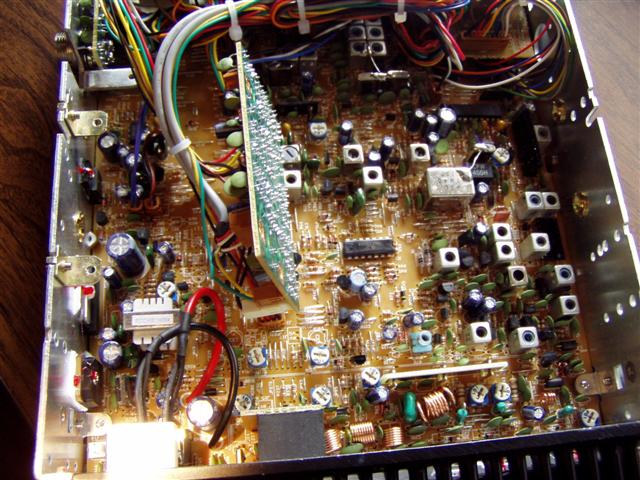 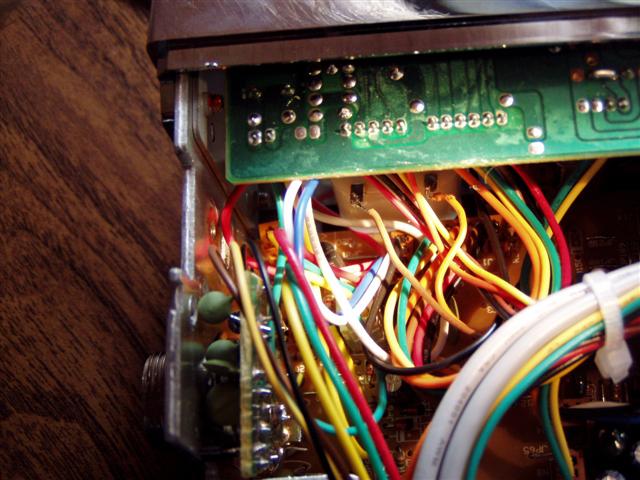 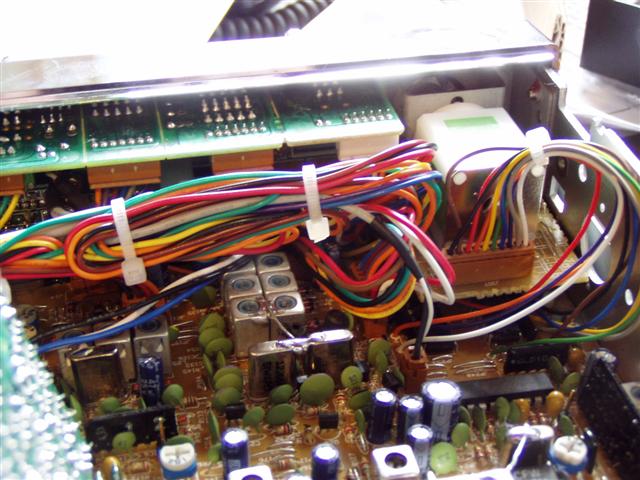 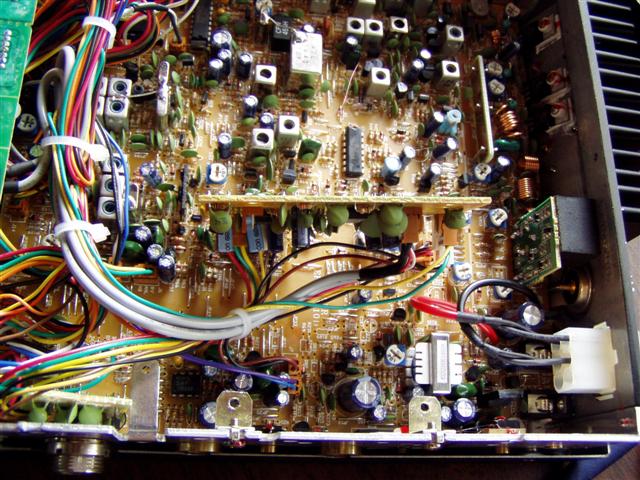 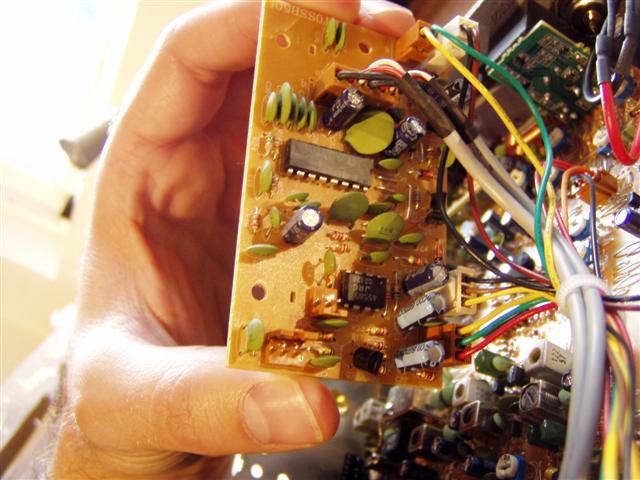 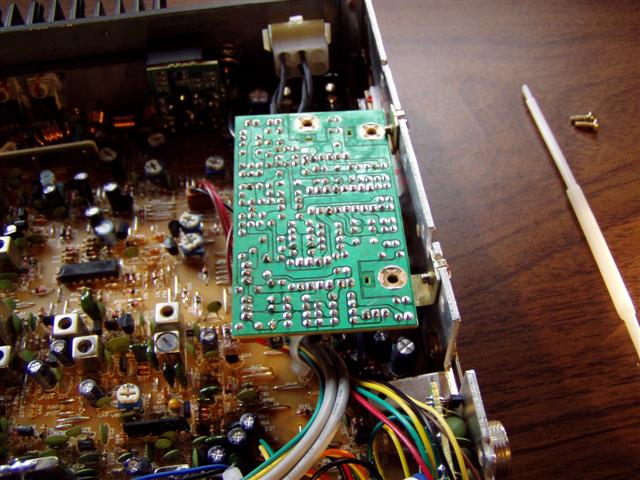 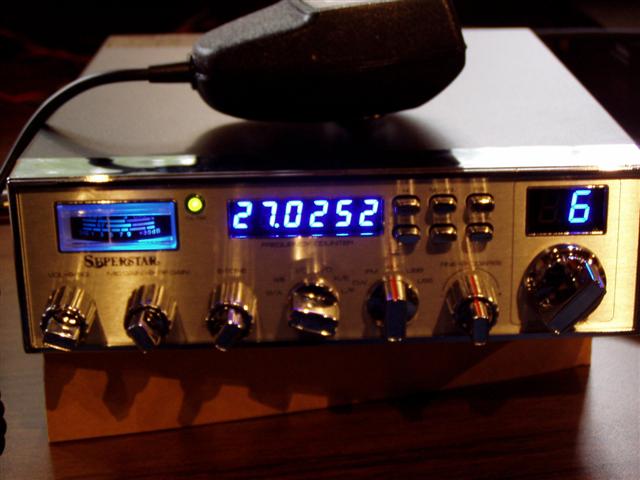 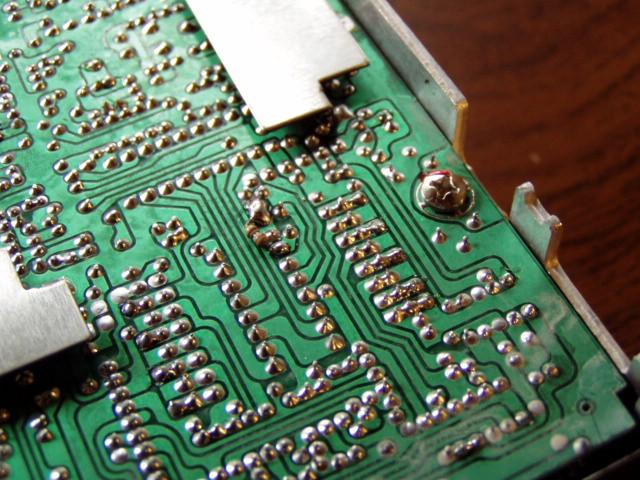 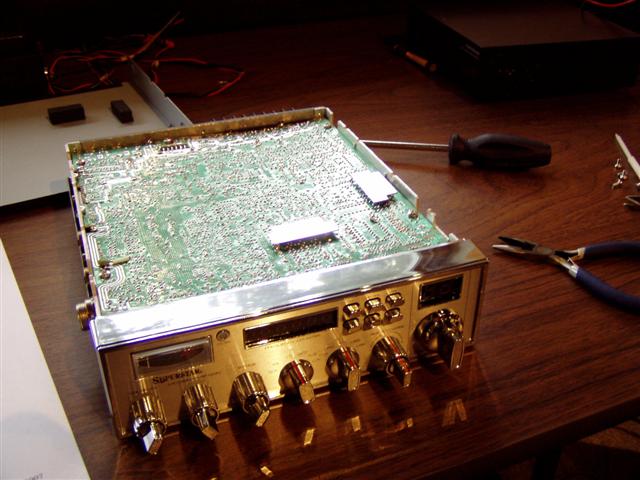