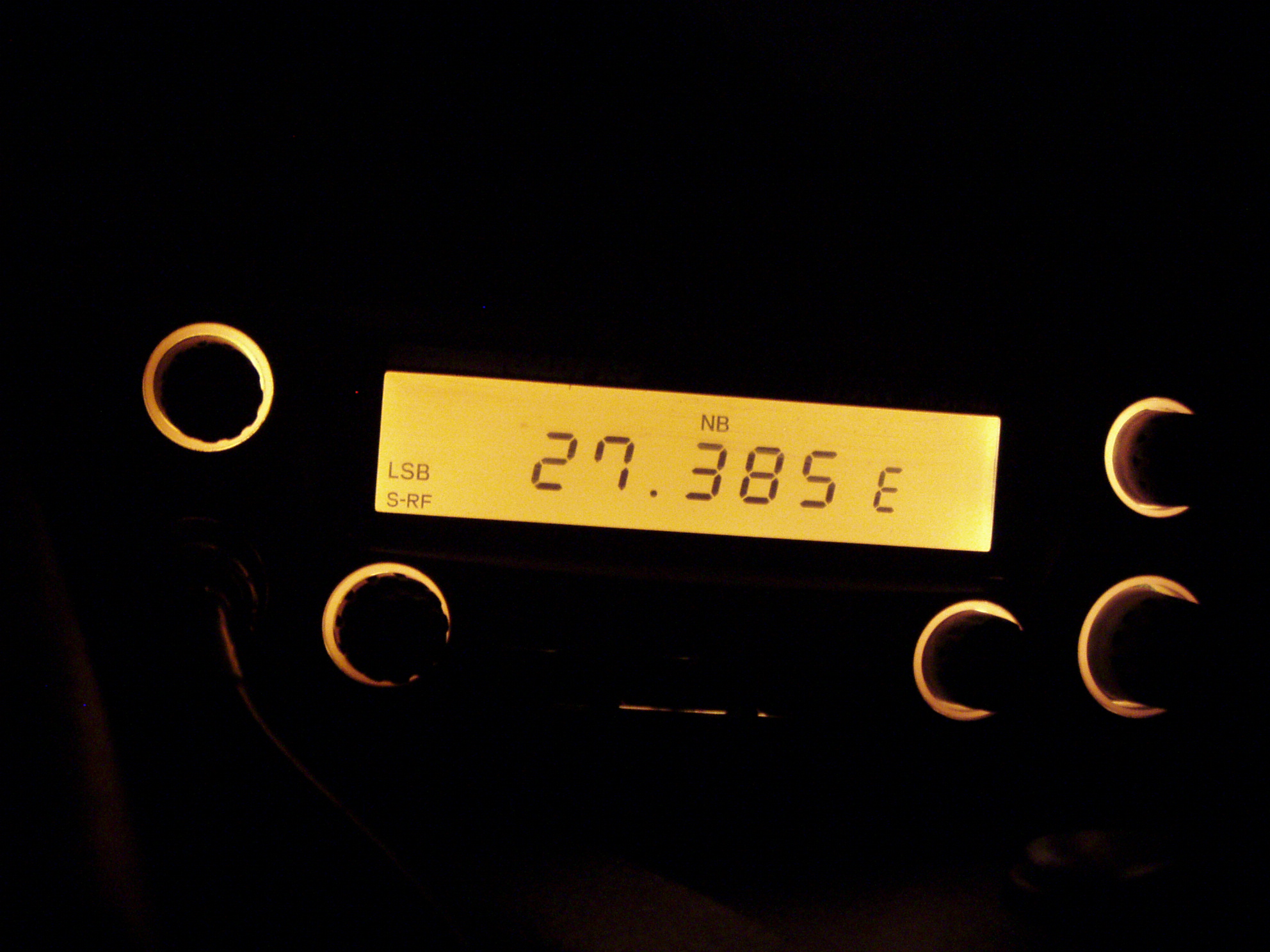 The Roadpro Titan II RPSY-485 is a 10 meter Export radio with AM, FM , LSB & USB modes. It incorporates a lot of features into one of the smallest packages available and uses SMT (surface mount technology). While it doesn’t have the power output of it’s cousin, the Magnum 257, it still can offer an operator a lot of choices. The radio is no longer in production but there are quite a few used ones out there so I’ll give you the low down in case you run across one.

This radio is what is often referred to as a “clone” which means that there were various radios made using the same case and many of the same components (sometimes the exact same components) and were sold to different companies by the manufacturer for distribution. Sometimes the differences between radios are so small that only the name on them is really different. In other cases some companies asked the manufacturer to make changes to give their version of the radio some very defining characteristics.

The features and modes for all of these radios are different, but the basic case on the radio is the same. 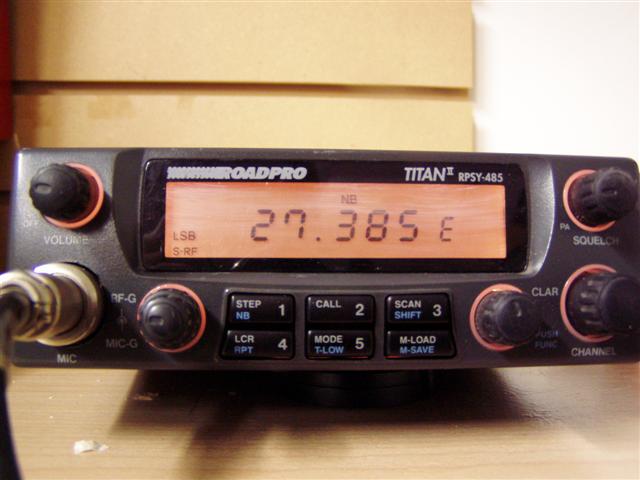 This is one of the most compact SSB radios ever made – ranking right up there with the PC122 in my book. The radio is small and sleek and has a very thin profile which leaves most people amazed at all the features they cram inside.

Step ability to go in between channels

Channel or Frequency Readout on display

Multiple Bands of coverage (after modification) 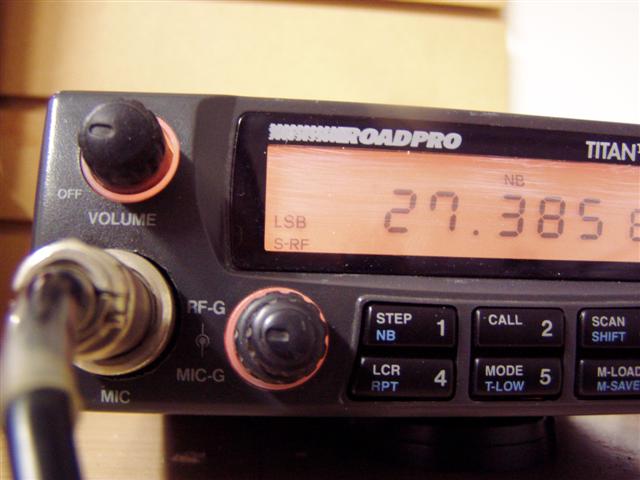 I’ll go over a couple of my favorite features in a little more detail here but please see our video of this radio for a demonstration of all of the features.

# 1) The Memory channels are always a favorite feature of mine and just like on the Magnum 257 this radio can remember both the frequency and the mode. With two button presses you can jump from Channel 6 AM to 38 LSB. You can store up to 5 different frequencies and it’s easy to do and very functional. I love being able to drive and jump to my favorite channels by feel.

#2) Power factory microphone with up/down buttons. This radio has the hot # 6 pin on the microphone connection so be careful if you decide to re-wire another microphone for it. The stock microphone has a lot of gain to it (but unlike the Magnum 257 there is no adjustable point inside the microphone) and after a couple of tests vs. power microphones I found it actually was matched very well to the radio. The up / down buttons on the microphone are a blast and can save you having to reach over and turn that knob. 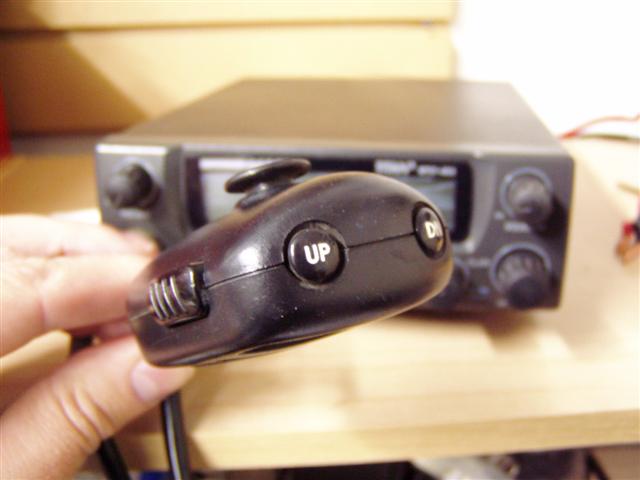 # 3) Frequency or Channel display. To change back and forth you press the “function” button and then the “call” button. This allows you to view the CB channel you’re talking on or you can view the actual frequency. This comes in handy when you want to freeband above the regular 40 and makes it easier to navigate to those upper frequencies such as 27.455Mhz.

One feature I will mention that is lacking on this radio is variable power. The Magnum 257 comes with this feature standard but on the Titan II you’ll have to make your adjustments inside the radio.

As mentioned before, there were multiple versions of this radio produced and although they may look the same the power output is one area where they may differ quite a bit. While radios like the Albrecht AE-485 and Magnum 257 are dual final radios, the Roadpro Titan II has only a single final transistor.

This means that output on this radio is going to be similar to performance you’d see with a standard CB radio such as a Galaxy 959.

As mentioned before the stock microphone on this radio is actually a power microphone and has power via the #6 pin. Once the modulation pot inside the radio is turned up this radio will swing to it’s full potential (no swing mods necessary on this one). Although the microphone is fairly tiny it can provide some good audio to the listener on the other end. I did get some feedback that the microphone has bit of the tin can syndrome going on, but I’ve been told that with D104M6B’s before as well and overall I had no complaints from anyone in DX land.

With the internal modulation turned up I did find in some cases the microphone was a little over-sensitive and picked up quite a bit of background noise in the mobile. Proper adjustment of the mic gain knob is key for the best clarity.

After using this radio for three months in the mobile I can say it has one of the best receivers I’ve heard lately. I put it up there with the HR2600 in it’s ability and sensitivity. One of the biggest surprises was that the receiver was picking up very faint stations while I was driving without brining in any annoying electrical interference or engine noise. It had just excellent, quiet receive, and I talked DX to quite a few stations before we hit the current DX drought.

The clarifier was a little hard to center on occasion in the mobile once I’d make an adjustment, but I didn’t have any problems with frequency drift and the radio didn’t require any warm-p before operating on SSB.

If you need a 40 watt export radio and you like the looks and description of the Titan II – then spend the extra money and pick yourself up a Magnum 257. But if you’re in the market for a great little single final SSB radio the Titan II won’t disappoint. I’ve seen these sell recently used on eBay ranging in price from $65 to $100. They aren’t the most durable radios out there and the microphones are a little delicate, but as long as you aren’t dropping it out the window it should probably handle most day to day use you can throw at it.

I love radios that combine great performance with great features. The Titan II provides excellent receive and adds the bonuses that come with the digital display and memory features. While this export doesn’t give you talkback, echo, or a shiny faceplate, it does give you simple and reliable performance in one of the smallest packages available. If you talk SSB regularly than the Titan II will definitely satisfy your needs.

If you’re the big AM’er who only talks SSB on occasion then you’ll want to pass on this one and look towards the Galaxy or Magnum exports.

For alignment locations please watch our Video overview below 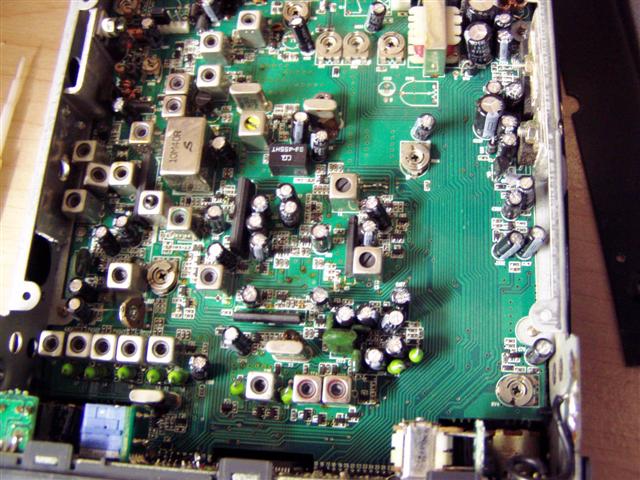 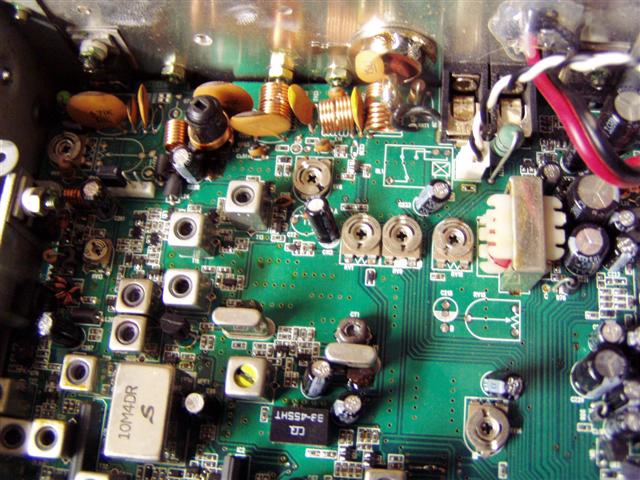 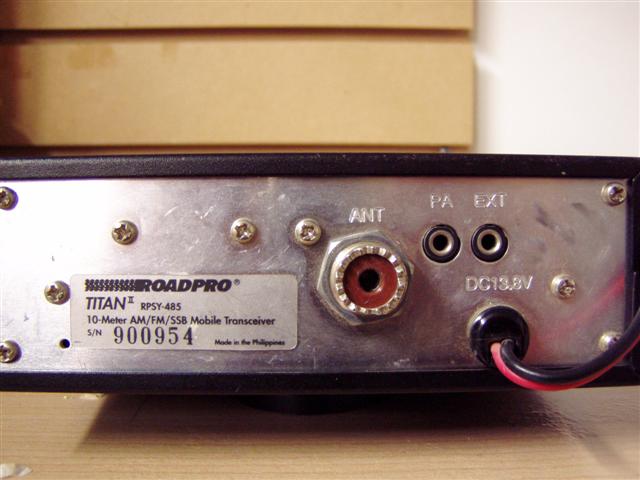 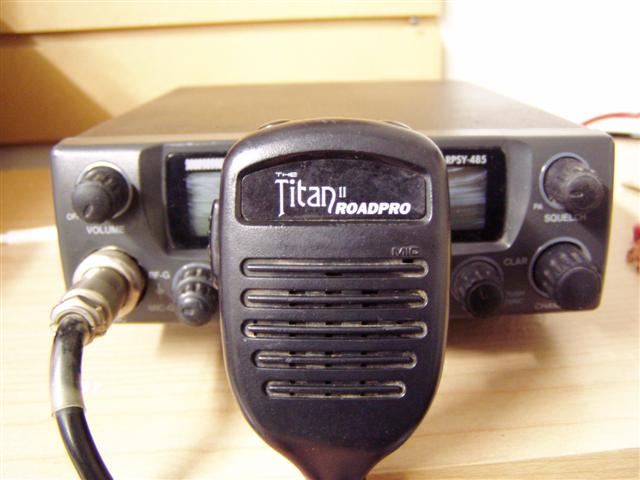