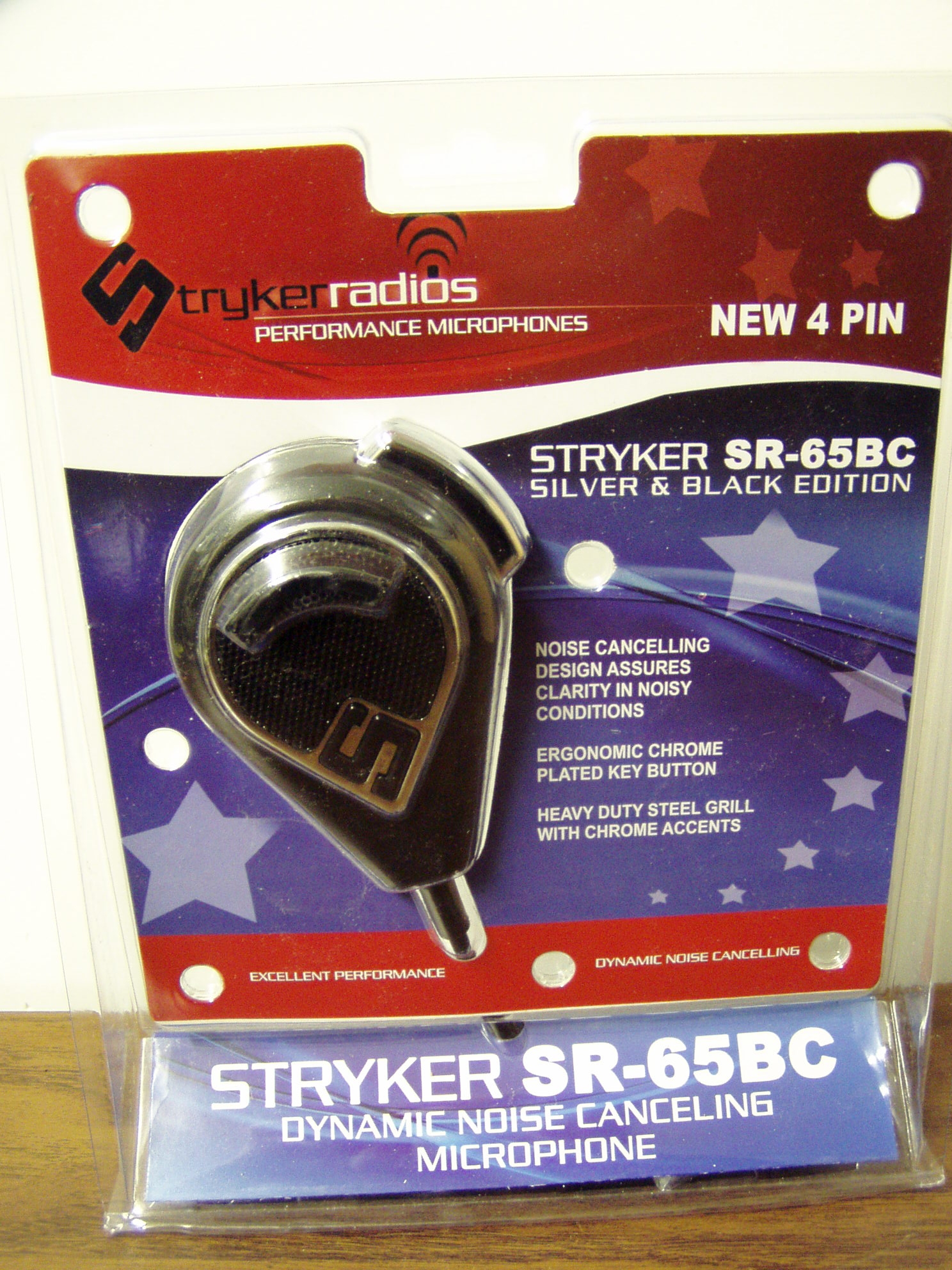 In the last couple of years we’ve become more familiar with the name Stryker. They are fairly new to the radio market but have already proved the know how to make a loud talking export radio.

One of the newest additions to their line of products is the Stryker SR-65SB. Now I don’t exactly know why – but this microphone has packaging that says SR-65BC. I don’t know what the labeling difference means, I’ll have to ask someone in the know and find out, but there’s only one microphone as far as I’m aware and it’s the SR-65SB, so maybe they changed the name at some point in manufacturing. 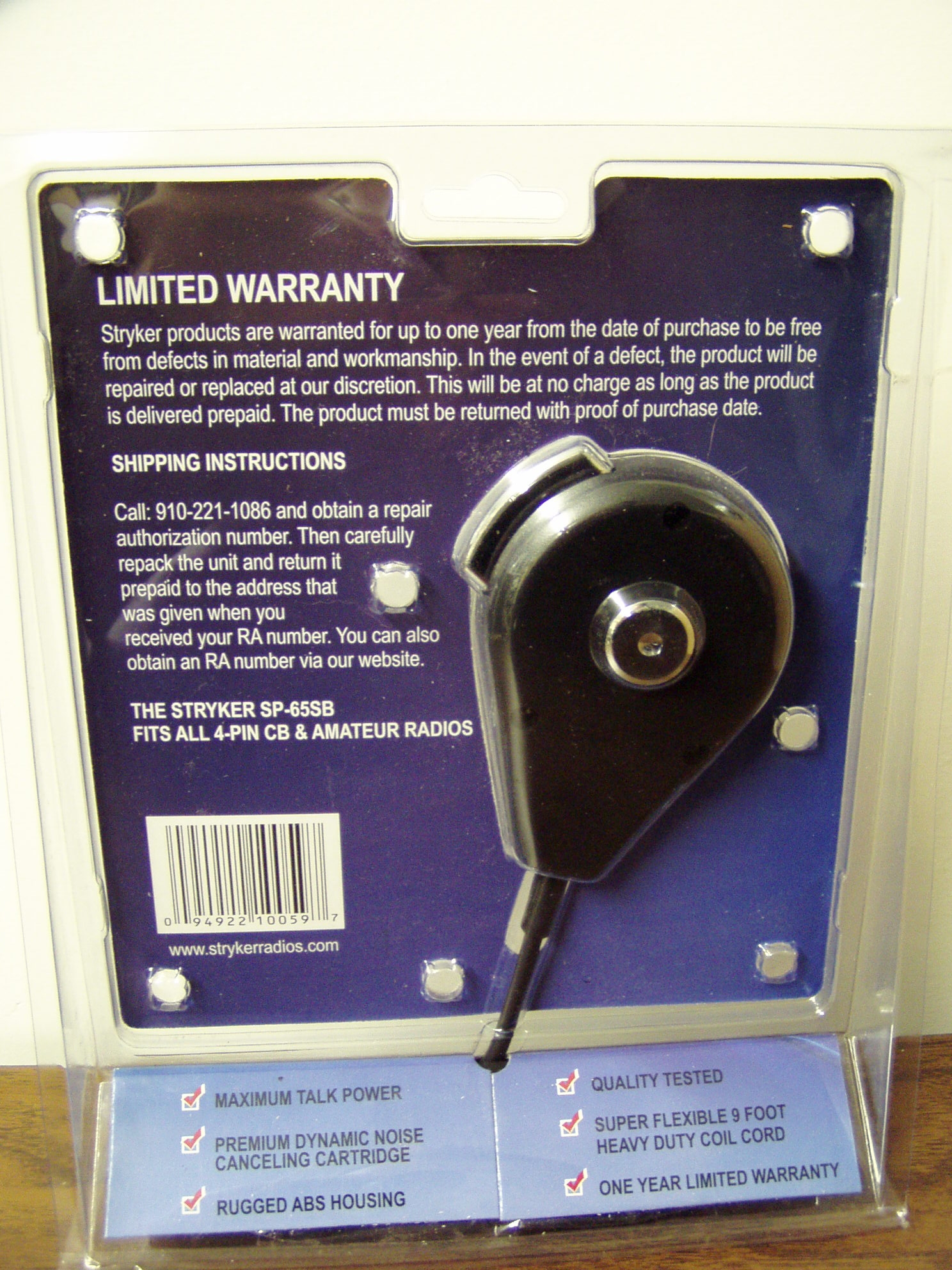 I unpacked the microphone and noticed immediately that I liked the quality of the build. The microphone housing feels very solid and the cord is flexible and soft, yet has a nice durable feel to it. 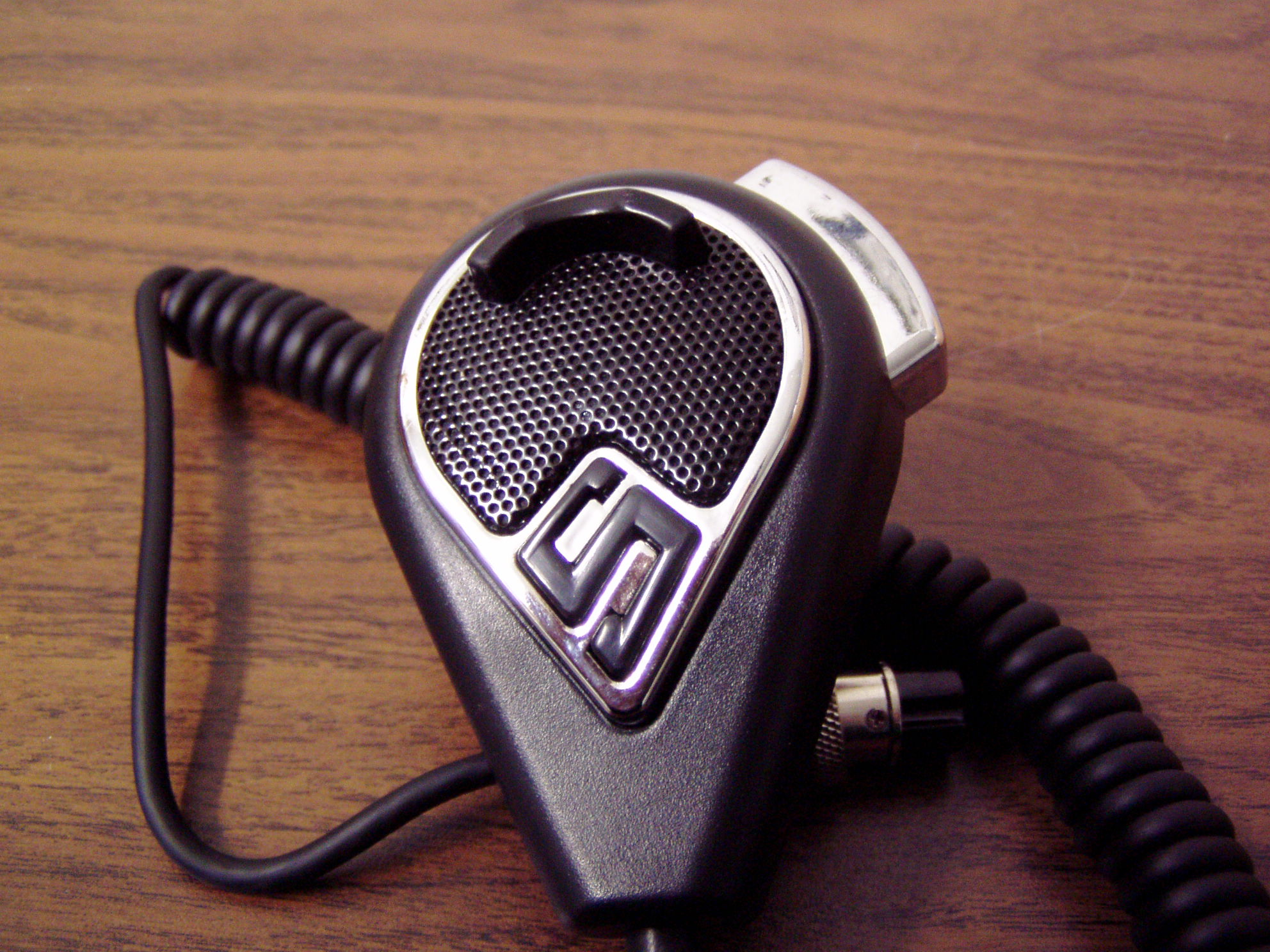 At first glance the microphone has a design similar to the Road King 56 but once you see it up close you’ll find that it’s really in a class of it’s own. The microphone is much sleeker than the Road King and fits very well in the hand. It’s not bulky or hard to get a grip on and at the same time it’s large enough that it doesn’t feel like many of the cheap microphones on the market.

The microphone has a mouth guard on it and uses a large push-to-talk button that has a very positive engagement.

This mic comes with a 9 foot long cord, and although most people are concerned with the microphone itself I can tell you that having a microphone with a high quality cord is a big plus to me. I can’t stand using a microphone with a cheap cord that kinks or coils over itself. In other cases I’ve had mics with those very inflexible cords where you are constantly stretching it out every time you try to pull it to your mouth to talk.

The Stryker cord is excellent and comes with a standard 4 pin connector on the end. 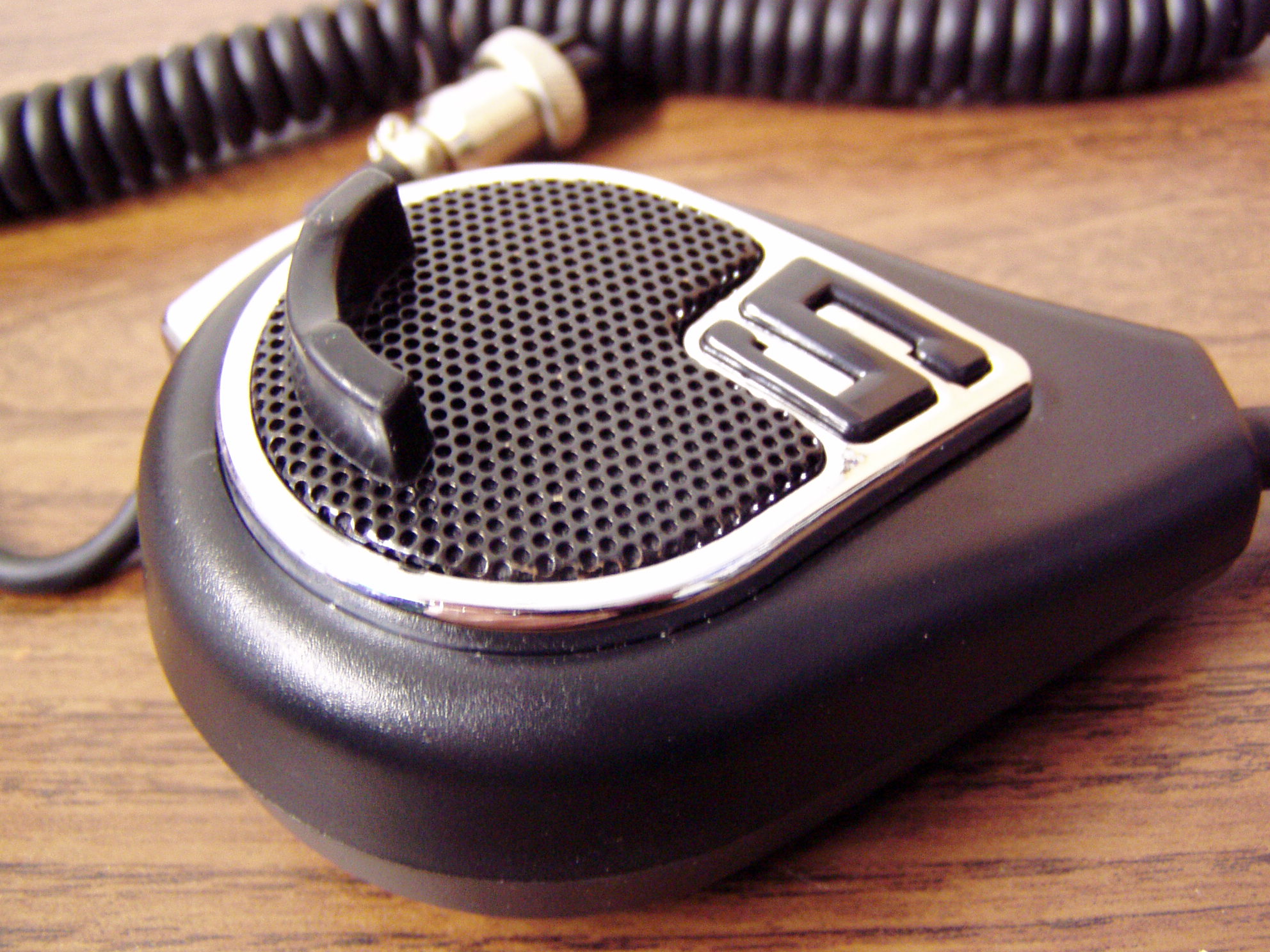 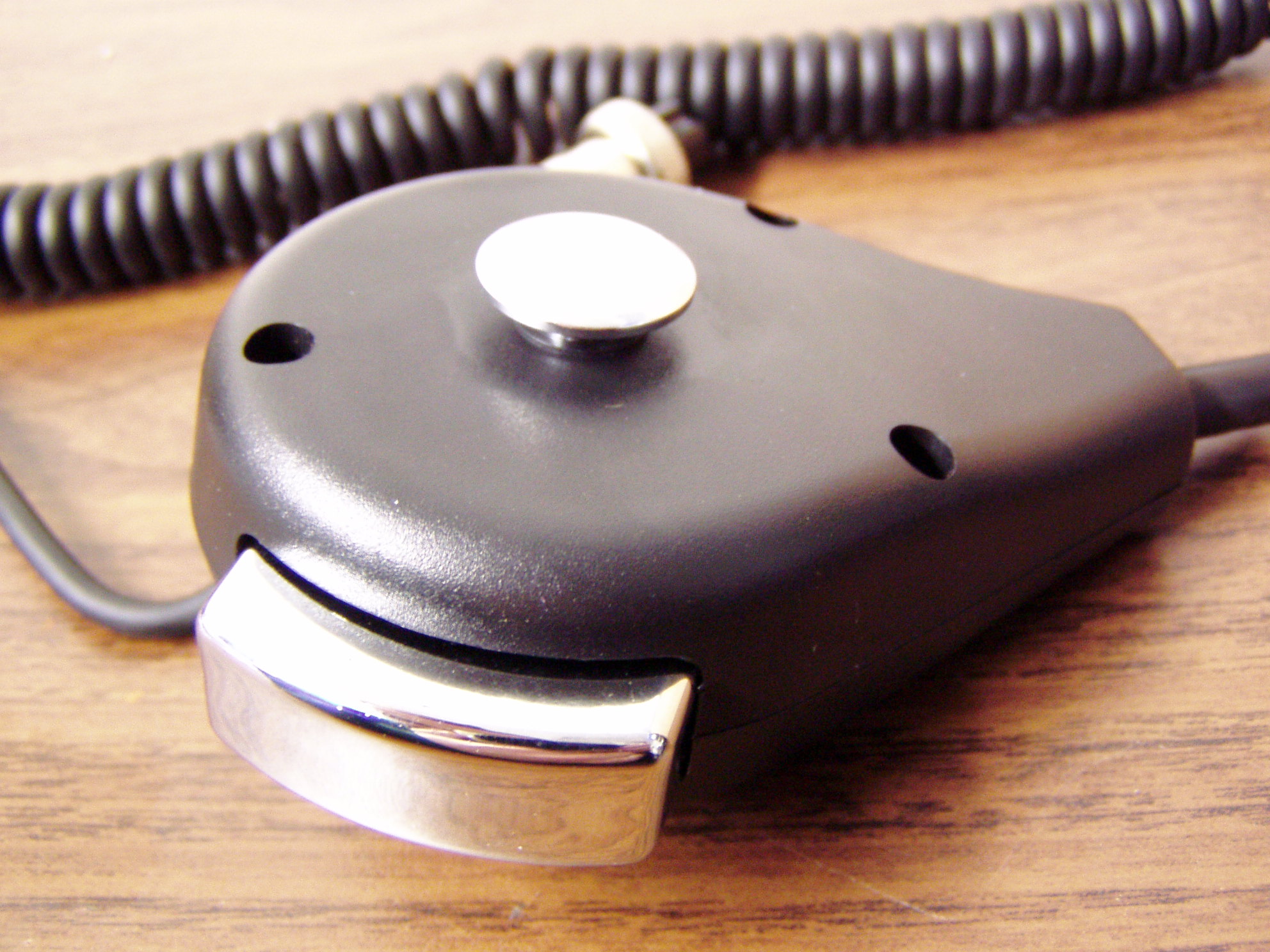 The microphone is held together with three screws and once we have it apart you can really see that there is a lot more going on inside than your standard CB microphone. As a noise canceling microphone it’s designed to cut out the hiss and background noise drivers often encounter on the road. You can see the audio transformer and capacitor just below the microphone element. 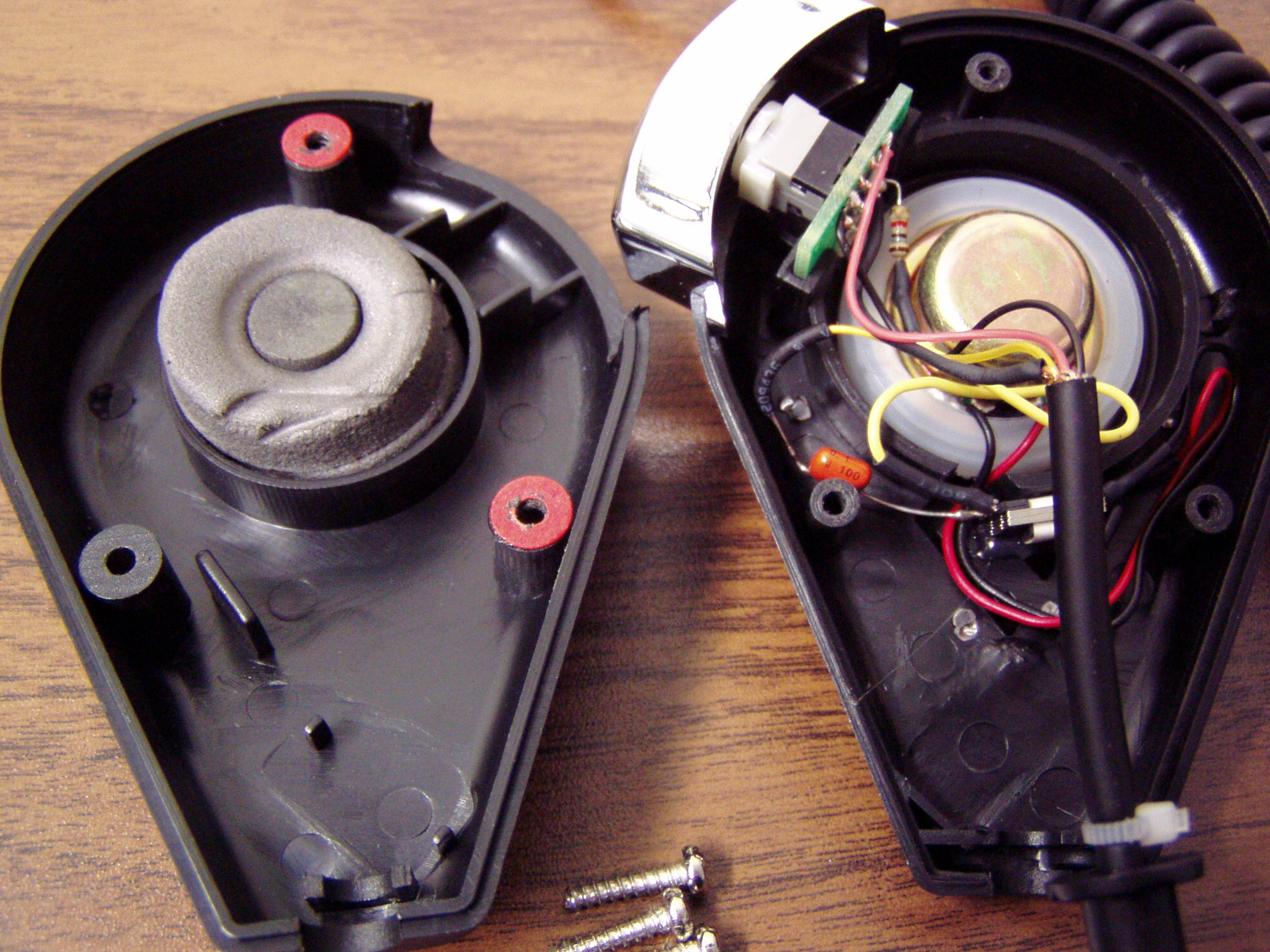 In the tests I found that the Stryker SR-65 had audio louder than the stock microphone but not quite as loud as the DM-452 which would be expected. The Stryker gives your voice a bit deeper tone and seems to do a good job of reproducing the voice.

In a stationary test all three microphones seemed to offer good clarity with the stock microphone and DM-452 edging out the SR-65, but at freeway speeds I noticed that the noise canceling properties of the Stryker SR-65 make it a good choice for drivers who will be running with background noise.

The most surprising result of my testing was watching the peak and average wattage output with modulation from the different microphones.

The stock Uniden microphone didn’t really give the radio a lot of swing. The DM-452 had the radio hitting 10 watts on some of the peaks, but the average output while talking was only around 5 watts. The Stryker SR-65 wouldn’t hit the 10 watt peak as often as the DM-452 but the average output was 5-7 watts and I definitely found that during normal conversation the Stryker offered higher average output numbers on the meter than either of the other two microphones. There was definitely less change in swing between different vowels and consonants with the Stryker SR-65 giving it better overall numbers.

The Stryker SR-65 microphone is a very nicely crafted piece of equipment. Obviously a lot of thought went into it’s design and construction and I believe it will serve any radio operator well. While I can’t predict how well it will match up with the voice of each individual user I can say that it provided better average output numbers in my testing than the other two microphones, which impressed me quite a bit. 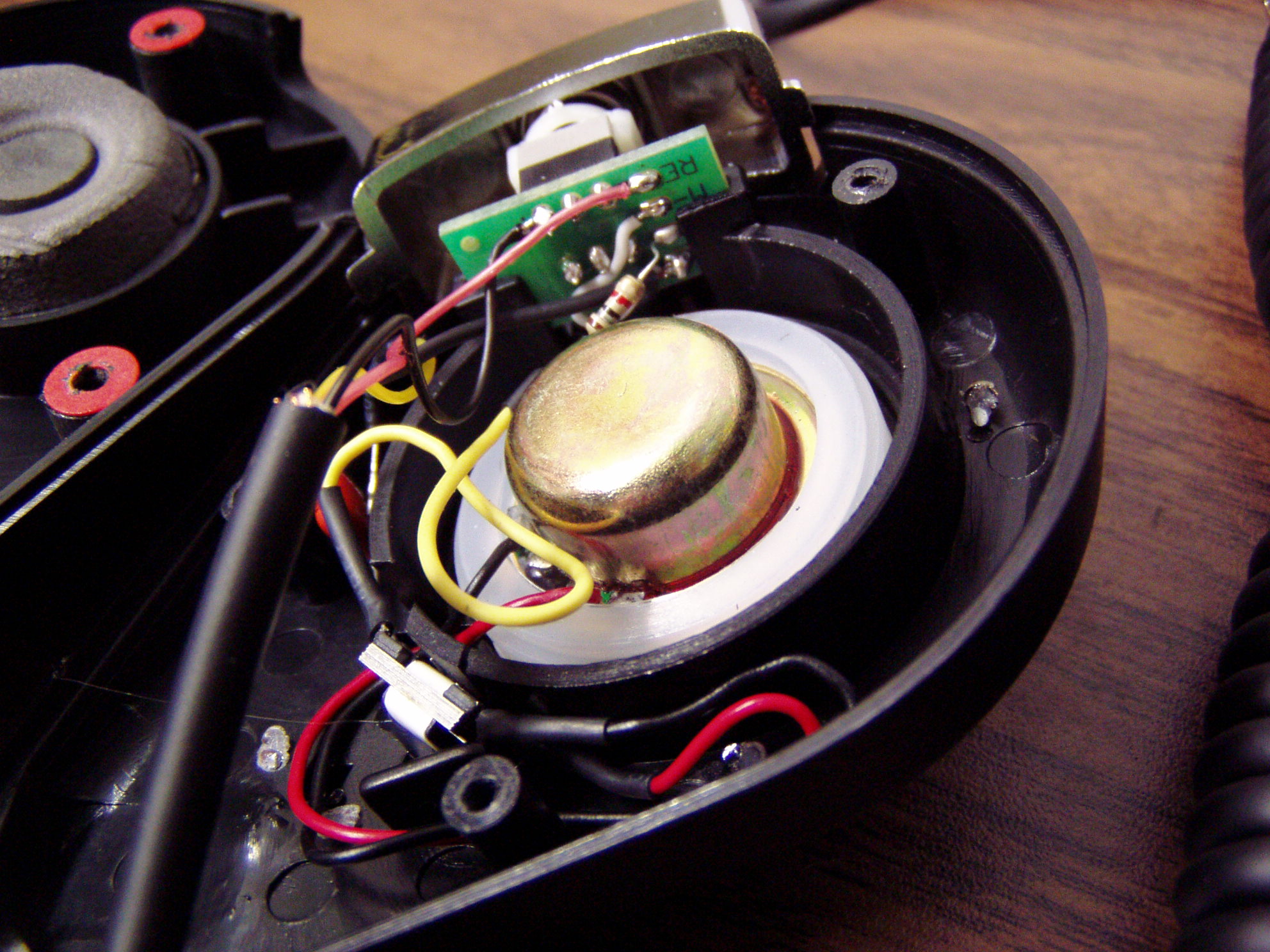 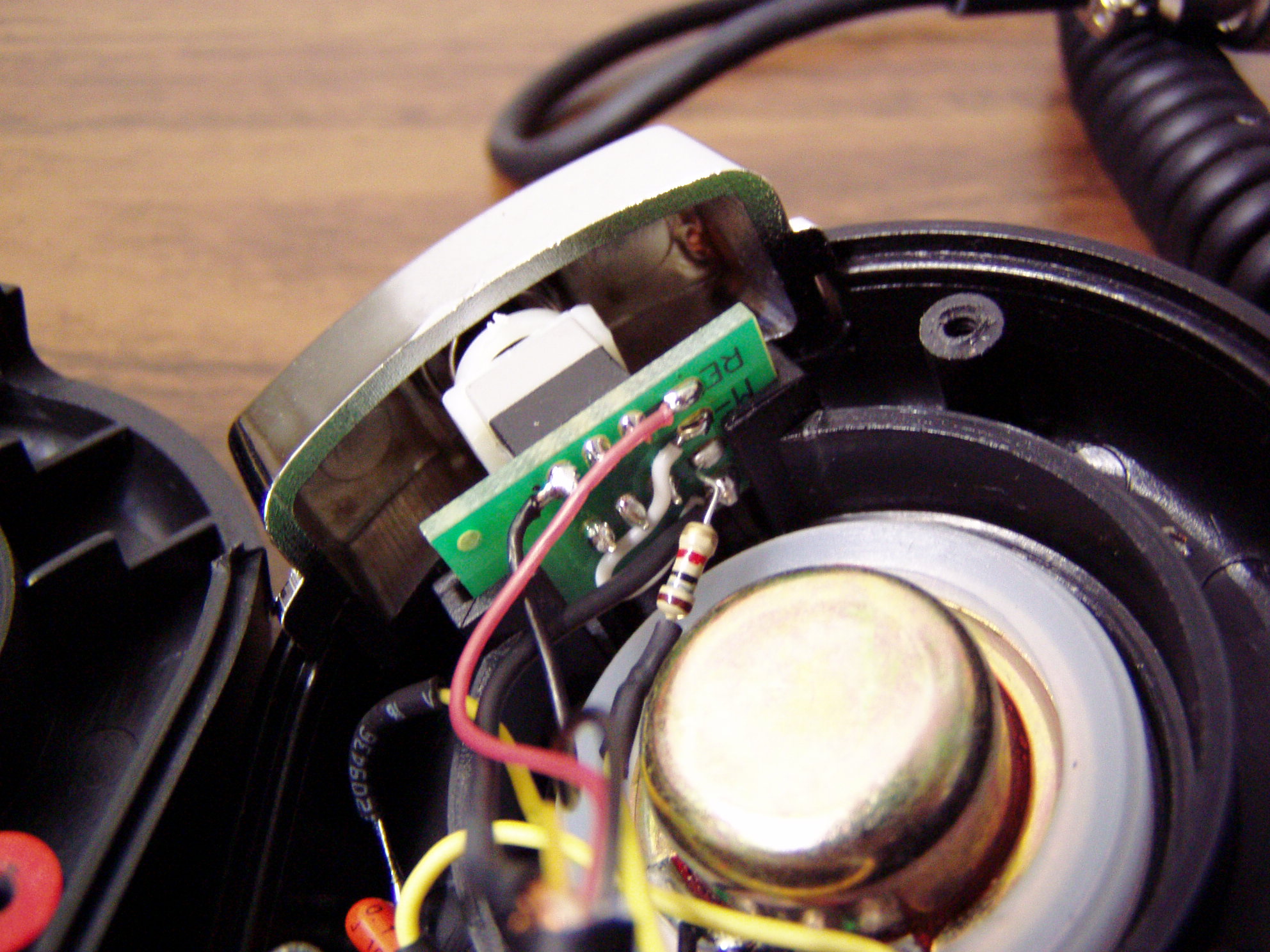