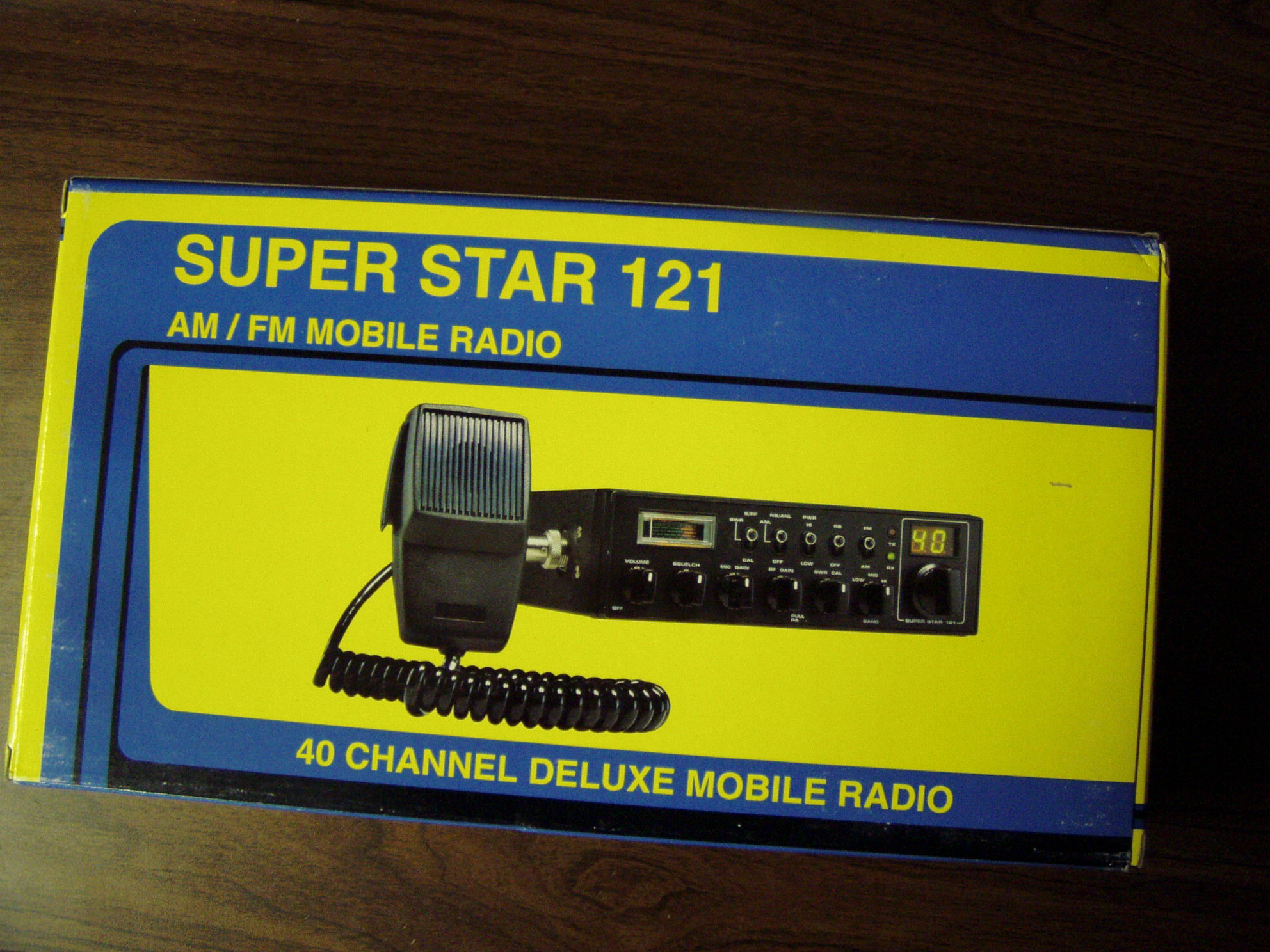 These days there are a lot of expensive export radios out there that have everything from robot voice noise toys to multiple transistor finals pushing 300+ watts of output. Prices can average from $169.00 to over $400 for the high power export models.

It’s nice to know that for those looking for a simple export radio with all the basics and a couple of extras the Superstar 121 (Connex SS121) is still available and falls into a very reasonable price range at less than $125. The radio has all the export basics like – extra frequencies, AM/FM, High and Low power settings (great for running an amplifier), and a roger beep.

Out of the Box

Rather than list the features out I took a good picture of the side of the box where they are listed. As you can see, even though this radio doesn’t have some of higher end features like echo or variable talkback it certainly still has all the export basics and a couple of extras to keep the everyday radio operator happy.

With many radios these days using the dual control knobs I found it refreshing to use the single knob style controls of the Superstar 121. It felt much more like a classic CB in terms of function and having single control potentiometers means there’s little chance of adjusting the wrong control by accident.

The finish on the radio is a nice flat black which gives it a very stealthy and simple look. This would be a great radio to match with a car that has a dark interior or for those people who don’t want a shiny chrome radio inviting burglars to their vehicle.

Looking at the face of the radio you’ll find the meter and LED readout fairly standard and similar to most CB radios. What makes this export stand out from the CB market are the extra features only found on this export radio. 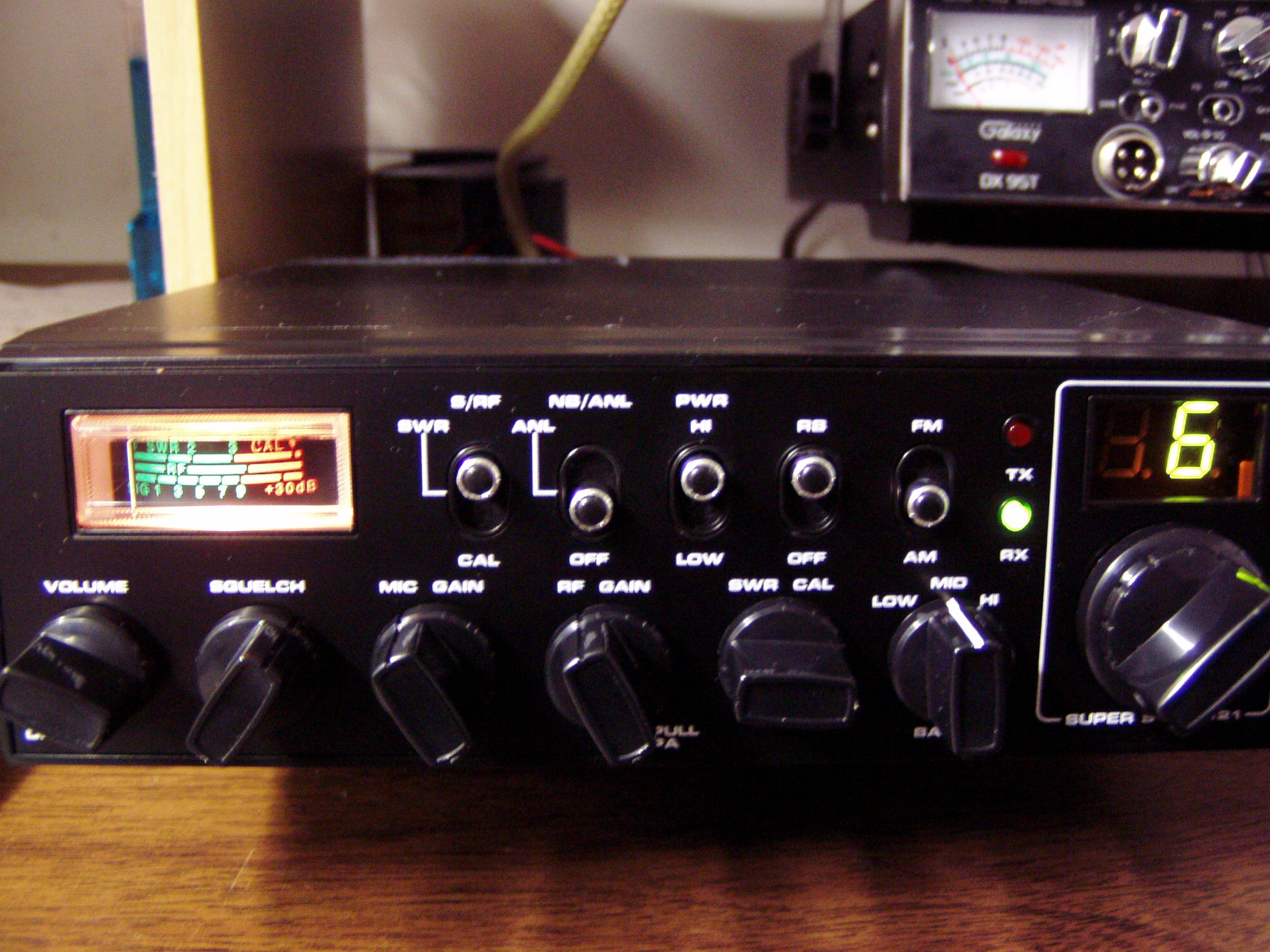 This radio has a switch that controls your output. You can set up the radio to deadkey 1 or 2 watts on low and 4-5 watts on high. As most of you know this means the radio is very compatible with an amplifier straight out of the box. Set the power to low when driving the amplifier and when running barefoot you can flip it to high power for full output from the radio. 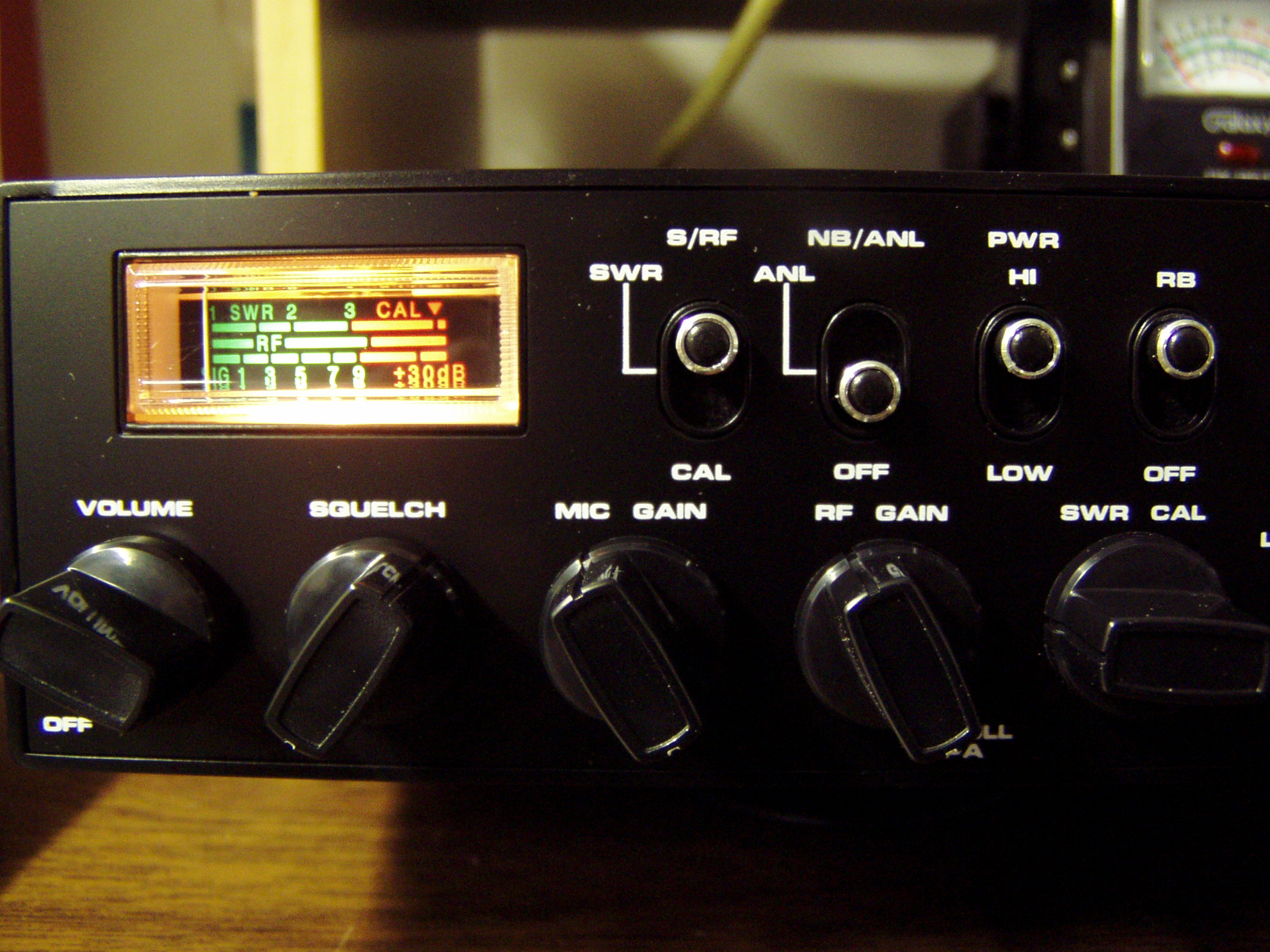 While not necessarily a export only feature it definitely can be useful in certain situations when you’re talking to someone far away and it’s difficult to tell when they are ending their transmission. If over-used they can be an annoyance, but it’s a fun feature to have on your export radio.

While most people who buy this radio will only ever operate on AM, the FM mode can be fun to use from time to time. I know of some locals that like the FM mode for their short distance communication needs. FM mode offers users clear reception of voice communications even when there is a lot of electrical interference in the area. 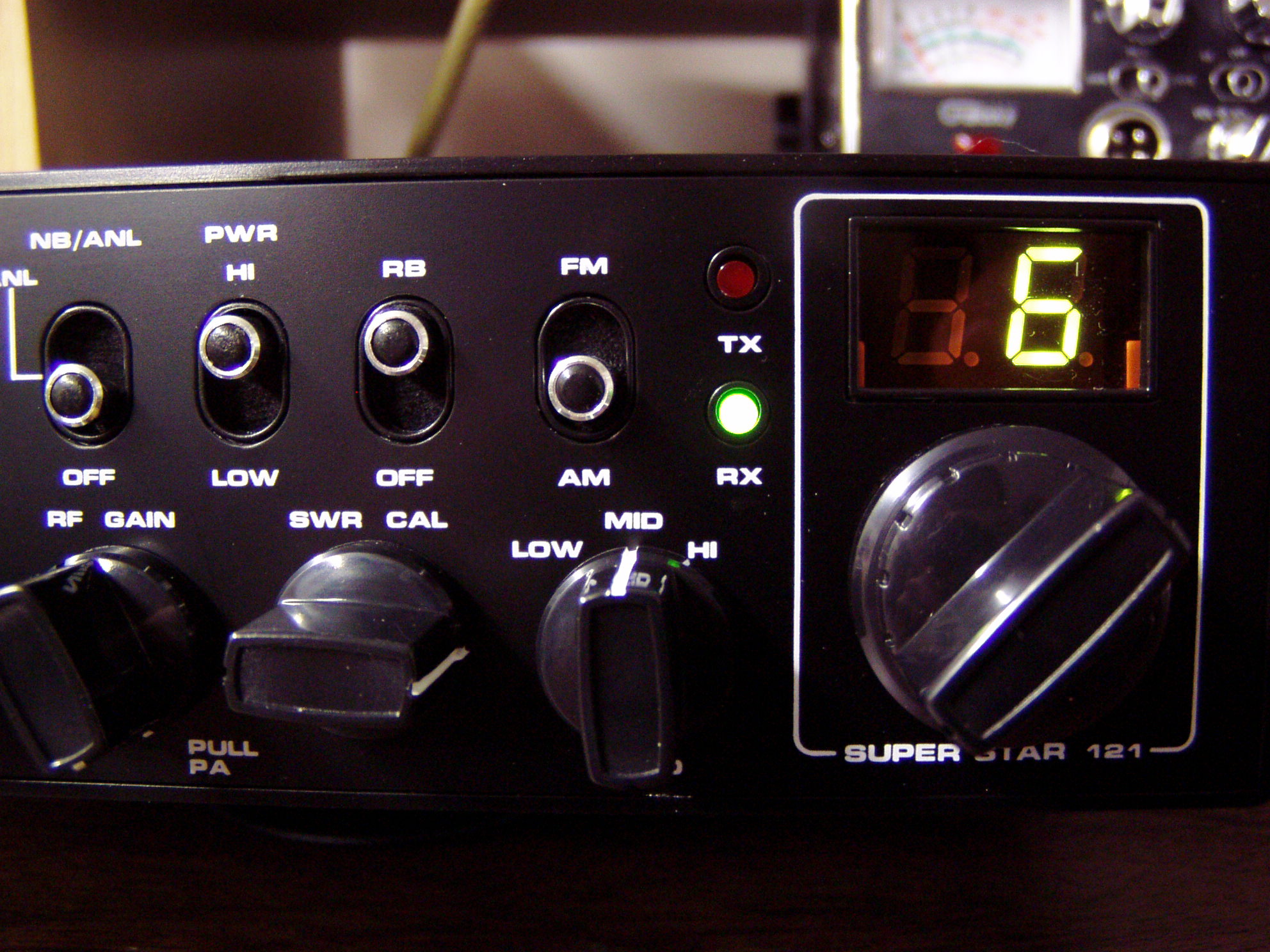 The Superstar 121 is an export radio and therefore covers a greater range of frequencies than a standard CB radio would. These extra frequencies allow you to go above and below to make those out of band contacts or to just find a clearer place to talk when the commonly used frequencies are busy.

The back of the radio is very simply laid out and has the coax connection, PA jack, external speaker jack, and the standard 3 pin power cord plug. 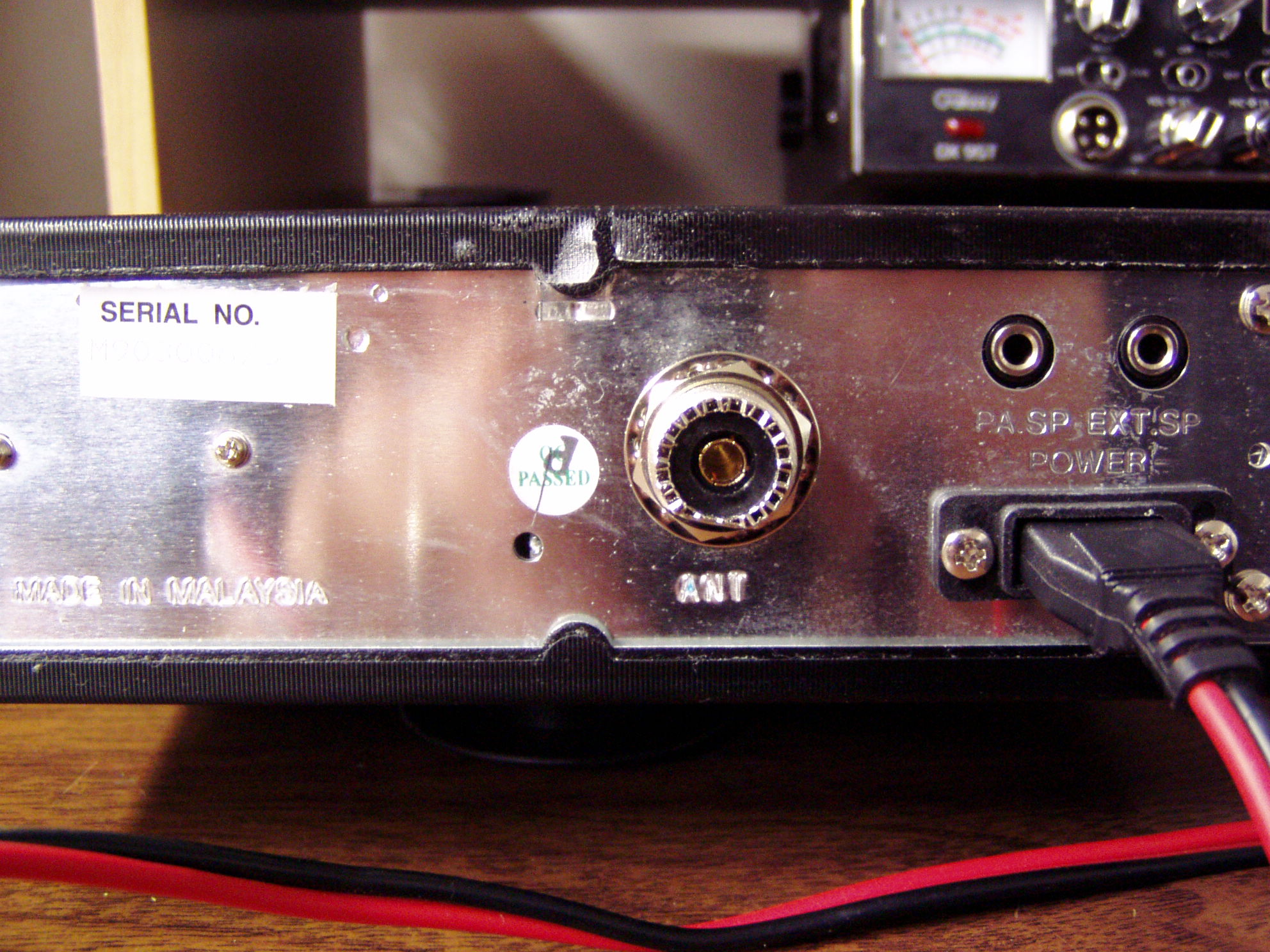 The Superstar 121 uses a single 1969 final transistor which means your output is going to be similar to other CB radios which use this final and are higher end performance radios. It’s possible to swing over 20 watts with this radio after tuning and although it’s not going to produce the 40 watts of a dual final export like a General Lee the radio can definitely hold it’s own in the single final class.

When first testing out the radio straight out of the box I was getting reports from locals as very clear but the audio wasn’t anything super loud. I went in and made some adjustments to the modulation potentiometers and received a little better feedback but I still felt it could use a bigger boost.

I then did a swap on a couple of resistors in the modulation circuit and saw some improvement. Finally as a last step in the testing procedure I decided to remove the modulation limiter. Then the audio came alive.

Now in many cases with many radios, removing the limiter is totally unnecessary and will actually make your radio sound like crap. In fact out of all the radios I’ve ever used and reviewed there are have only ever been 2 or 3 where I think removing the limiter can be done without causing any problems and give you a positive result. I’m adding this radio to that short list.

Removing the limiter gave a great boost in audio without causing unwanted distortion. I even added a power microphone and got reports of loud and clear on the air. As expected I also noticed a big increase in swing.

Now I’m sure I’ll get a bunch of emails from people who argue on the removal of limiters and the effects such as splatter etc. I’ll say this once again – I’m not forcing people to do this modification and I’m making it clear that removing limiters in most radios is a bad thing, but in certain cases such as this one I found some good results after doing so. But I’ll let readers listen to the audio test at the end of the review and judge for themselves.

Which brings me to the discussion of the audio. The audio on this radio is great! It’s loud and clear and offers a very good reproduction of the voice. This is something that I really liked about this radio, especially when I added the power microphone. It gave a big radio sound but without all the bass and distortion you often find in the export market. On high power with the power microphone, limiter removed, and the mic gain in maximum the radio offered very loud clear audio (Listen to the last sound bite from the audio test).

The receiver on the Superstar 121 was good and in all my testing I found it adequate to hear the locals with solid signal strength. While there are other more expensive AM/FM exports with better receivers I found the Superstar 121 performed in line with other similarly priced CB’s and exports.

The NB and ANL on the radio worked very good in test runs in my vehicle, especially when driving downtown and under the power lines.

The Superstar 121 is a basic export radio for those looking for a solid performing radio that won’t break the bank. Radios like the Cobra 29 WX NW ST will sell for $135+ on many sites and don’t even offer the AM/FM, Roger Beep, or High and Low power modes found on the less expensive Superstar 121.

The 1969 final gives solid output numbers and the radio is capable of great audio. Add the export extras and you’ve got a great all around export performer for under $125.

Below is a close up picture of the area of the board where you do the frequency conversion modification.

On this radio the adjustment points for modulation and RF power are actually located near the front of the radio unlike most other exports. 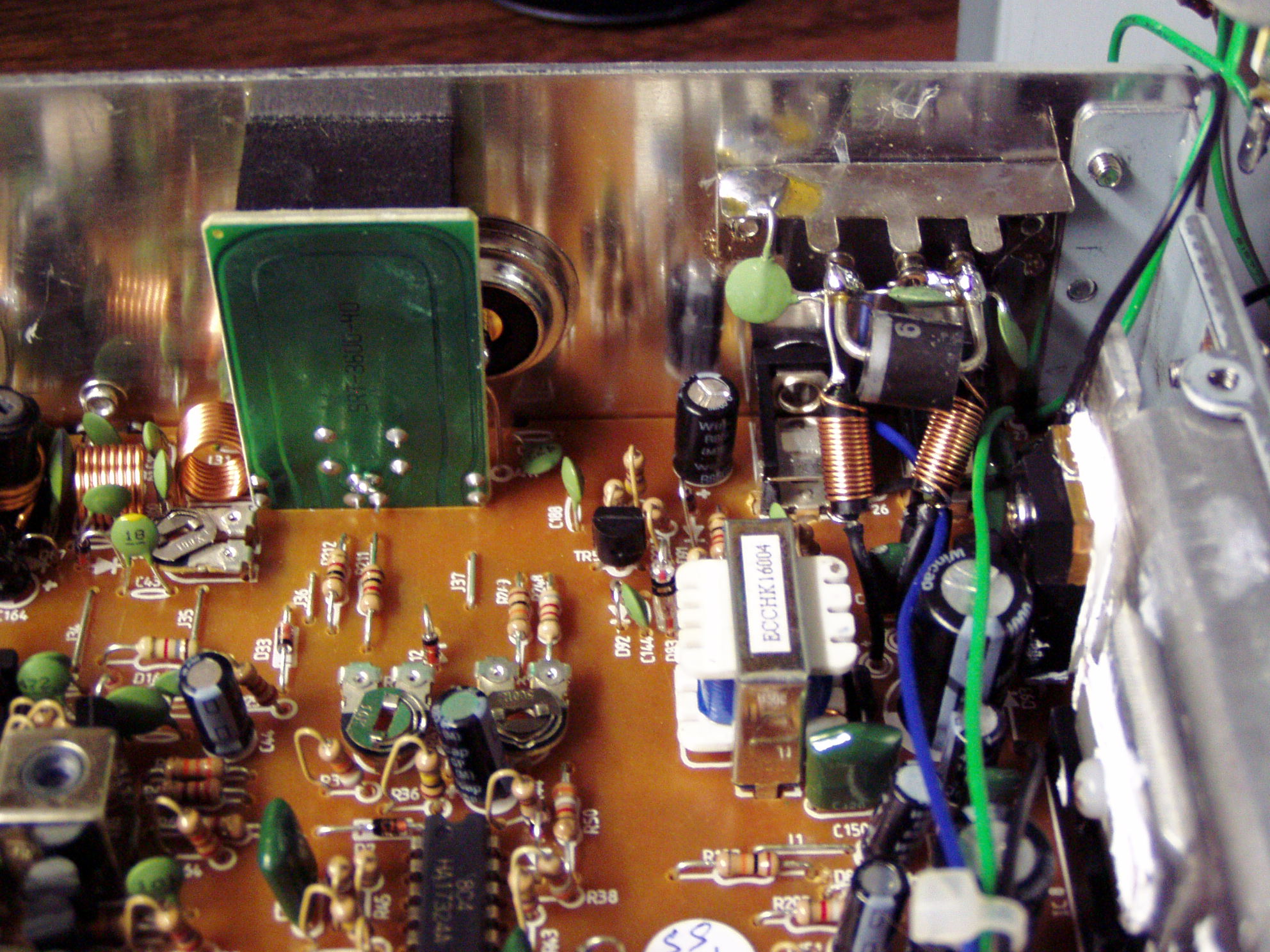 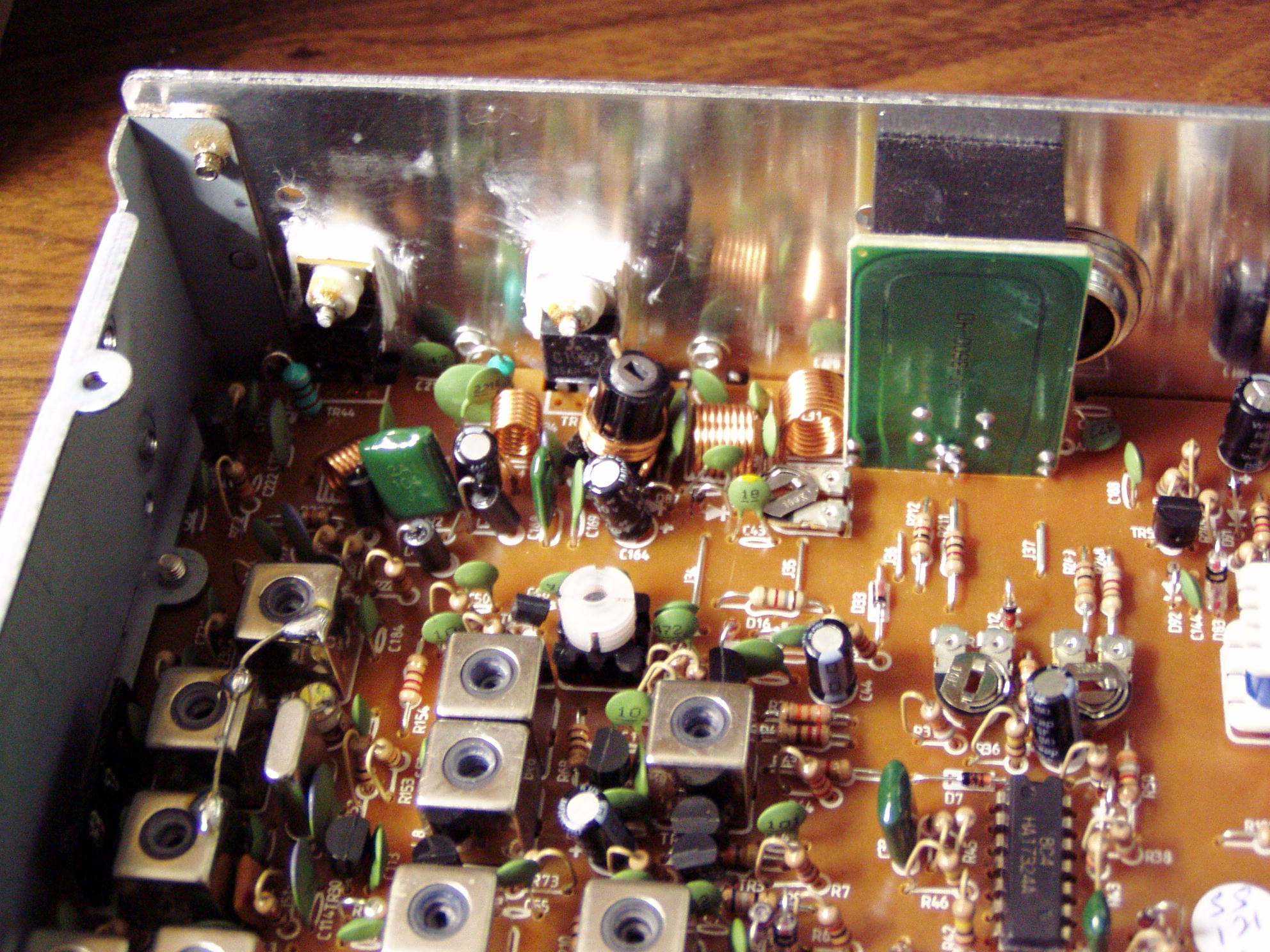 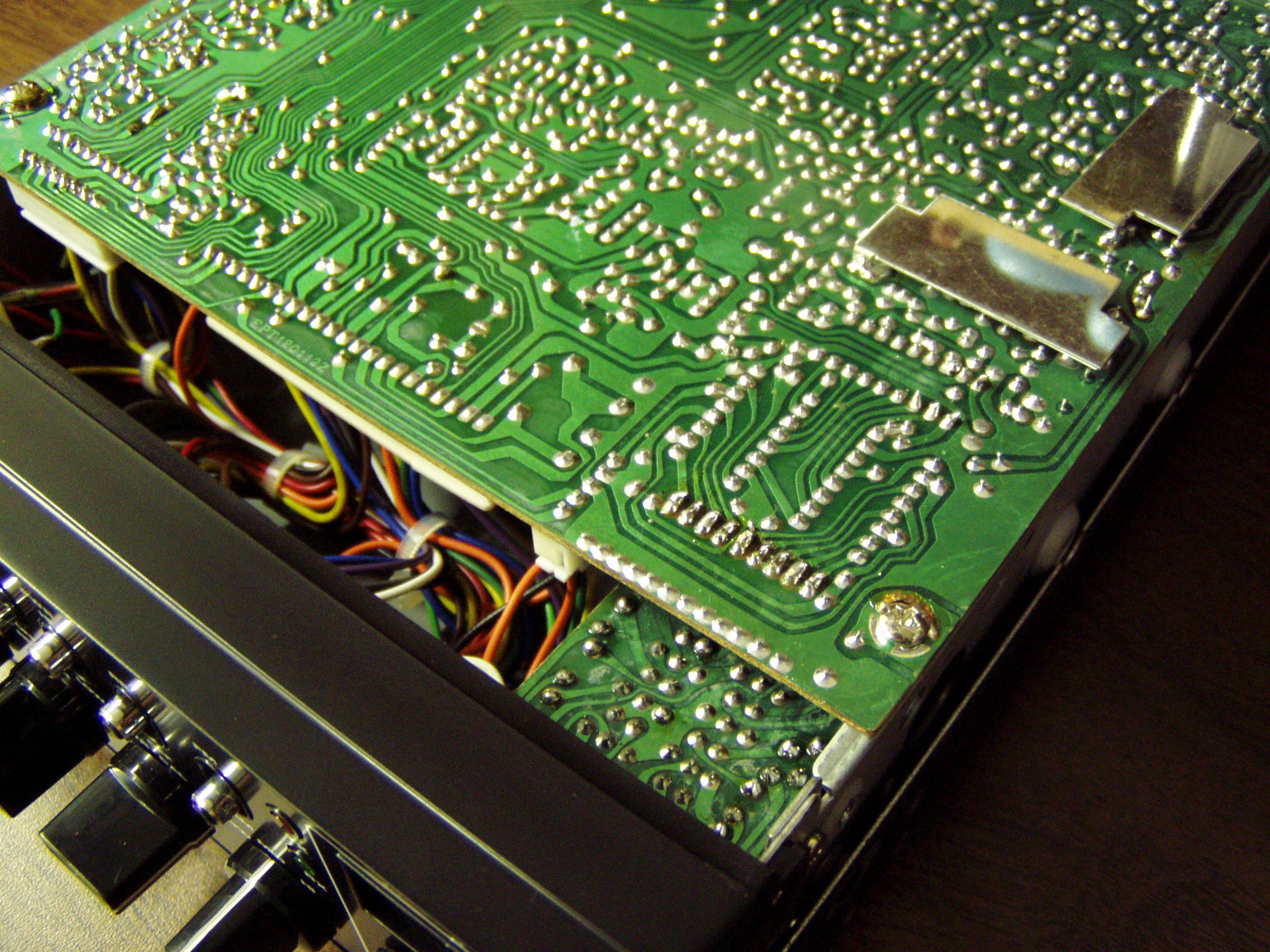