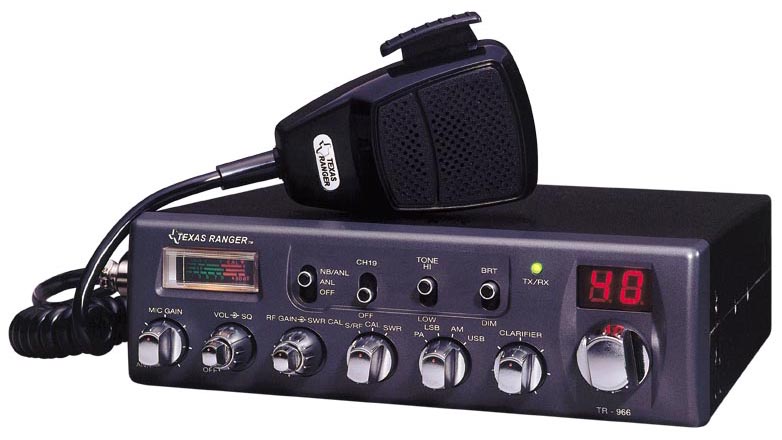 For this review I’ll be discussing the TR-966/TR-969WX radios from Texas Ranger. While I owned only the 969WX version, which was the top end model in the 900 series from Ranger Communications, the two radios are similar enough that the review should be able to cover both. The major differences are that the 969WX had a roger beep, variable talkback, and weather capabilities. The 969WX was discontinued after only a couple of years and is fairly hard to find used, but the 966 is still available new from many locations.

The 966 and 969WX were the SSB models released in this series and both were very similar in styling and controls. The radios had a dark plastic face with chrome knob controls. They carried the standard CB meter and used a standard 2 digit channel display. The knobs themselves were not standard, in fact the protruding portion of the knob is much thicker compared to most other control knobs and gave it a good feel for size. But any benefit of the larger size was lost on the light plastic feel of the knobs. The channel control knob is larger and has a better feel to it than a lot of other CB’s. This knob had a very solid and smooth motion and felt very good flipping quickly through the band.

The TX/RX light would be green during receive and red during transmit, fairly standard. The radios included the ANL/NB switch and a CH19 priority switch. On the 966 you have a tone control switch and on the 969WX you have a Roger Beep switch instead as well as variable talkback. The 966 has the bright/dim switch while the 969WX does not. The 969WX has a auto calibrating SWR system. 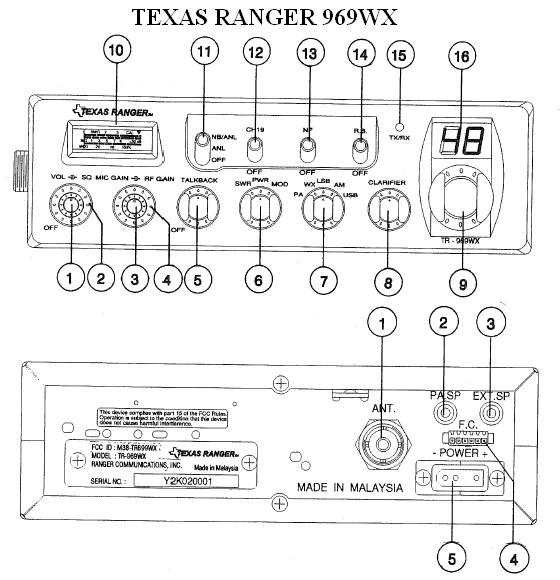 The 900 series incorporated Ranger’s new voltage fluctuation protection circuitry which is supposed to prevent any voltage variances or “warm-up” issues. I never noticed any warm up problems so I guess this circuitry was doing its intended purpose. Additionally they advertised these as carrying the exclusive “Advanced Noise Filter Circuit” for improved signal to noise ratio. While these radios didn’t have a whole lot of noise in the receive, it would be hard to say if it improved the reception a whole lot and I didn’t find it noticeably quieter than a standard 148 or Grant in the test vehicle.

I really liked the look of this radio when I got it. It’s about the size of a Cobra 148 but the face of the radio sticks out more and isn’t flat – as you can see in the picture the channel area actually has a bit of recession to it. Since the radio wasn’t as shiny and covered in chrome compared to most models I thought it would be less conspicuous to theft as I lived in a bad area at the time.

The lighting on the meter was adequate as was the channel display and TX/RX light. Very standard in most respects. The knobs turned with a good feel and operated as would be expected. The knobs do have a different feel as mentioned above, they are more rounded on the edges and these same knobs and styling are also used on the Ranger 6300 and 6900 series export radios.

On AM, receive was good although at times I found stations sometimes sounded a bit muffled compared to my other radios. This radio had a deeper receive tone to it, but this also made it harder to hear stations in some cases. The radio did fairly well with vehicle electrical noise and with the NB/ANL on I didn’t run into excessive noise entering the receiver. On SSB the receiver seemed to perform better than AM in terms of tone quality, but I still found that the receiver wasn’t as good at picking up far off stations as my Grants/ 148’s or compared to Rangers own 2950/2970 export radios. The clarifier worked fine and the radio didn’t seem to experience much drift so it wasn’t necessary to adjust it much as long as the other stations were on frequency.

As far as transmit goes I was able to give the radio a basic tune for peak numbers of 15 watts on AM and 17 watts on SSB. In most cases I had no trouble talking to locals or making contacts within 10-15 miles (radio was paired with a 102″ stainless steel whip).

I wasn’t that impressed with the audio on this radio. I wouldn’t put it into the loud category. I adjusted the modulation potentiometer to maximum and with the stock microphone found it still sounded lacking in punch after recording myself on the base. I added a Road Noise 2018 microphone and found this helped greatly to better the audio, but I can still say that even with those changes the audio still didn’t have the same punch as my previous Cobra, Uniden or Galaxy radios.

Overall I found this to be a solid and durable radio while I had it installed in my truck. It took a beating while I owned it and it never skipped a beat. I found it to operate competently on AM and SSB and I really liked the fact that the 969WX had the roger beep, variable talkback and weather channels on a standard CB (this combo really isn’t found on many “CB” radios, although on many exports you will see this feature combination).

The audio quality on the receive was slightly lacking (not enough to really call it a concern, just enough to be noticeable). The transmit audio is a bit soft from the factory so expect that you’ll need to have the modulation turned up, and the addition of a power microphone can do wonders.

I never saw big swing numbers out of this radio, but its output numbers weren’t lacking either.

There are easily accessible and adjustable pots inside the radio for AMC, ALC, and AM power.

In summary I can say that the TR-966 is solid in operation. I think there are other similar radios on the market that offer an edge in performance in some areas but the TR-966 also doesn’t have the drift issues found on some of the other SSB radios making it a more stable choice for SSB. The TR-969WX offers some rarer features and therefore could be considered a good buy if that feature combo is attractive and you don’t want to venture into the illegal export market. Even after selling the radio I can say I really liked the styling of this particular line, but I just didn’t want to hang on to it long term based on the performance I experienced. I think at a future date I may try the 966 and see if there are any performance differences between it and the 969WX and if perhaps some of the later models in production were improved upon.

I know Ranger is releasing a new version of this radio soon that will have a frequency counter so I’m quite excited to give that a try and see what updates have been made. 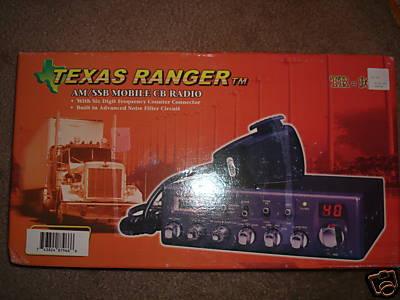