When most people discuss amplifiers the main topics that come up are output power and amperage draw. Most radio enthusiasts are looking to run the largest amp possible with the least amount of amperage draw. Now right away I’ll tell you that if you are looking for something that delivers a lot of bang with low amperage pull than this is not the amplifier for you.

A somewhat more rare amplifier discussion will be heard between operators who mainly use SSB. They will talk about how “clean” their amplified signal is when it comes out of the amplifier. Most CBer’s on AM don’t really care if their signal sounds distorted or scratchy, they just want to be loud. On SSB if you run a overmodulated or distorted station often people in DX land will have trouble clarifying you in, or will overlook making contact with you because of the way you sound. And that’s one of the reasons the Texas Star line of amplifiers is a favorite of people who run SSB. 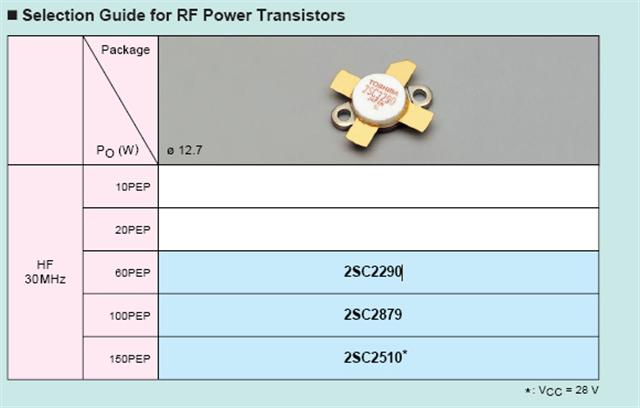 Now most vehicles and power supplies are set up to run higher than 12 volts and with that extra voltage these transistors see higher output, so even though the transistors are rated at 100 watts each at 12.7 volts when you run them at 13.8 volts or 14 volts you’ll see higher output. Most people on average will run these on AM with PEP input of 20 watts average @ 13.8 volts and you’ll see around 225-260 watts PEP output. A number of different factors will effect the output of your amplifier and so it could be expected that in different setups people may see higher or lower numbers than mentioned here. A proper install with the necessary rated power wire is essential in getting the full potential out of any amplifier.

I’ve seen the Texas Star 350HDV (2 x2879) advertised as having maximum output of 350 watts PEP, but truthfully most operators will never see the maximum advertised output out of their amplifier. In addition to run an amplifier at maximum produces a large amount of heat, requires higher input and maximum allowable voltage, and the end result is that your amplifier will not last as long.

In most cases 2 x 2879 setups are happy to chug along at 225-250 watts for years without difficulty. I tend to find also that if you are running your amplifier in this range it’s less likely that you are overdriving it and will have a cleaner signal. 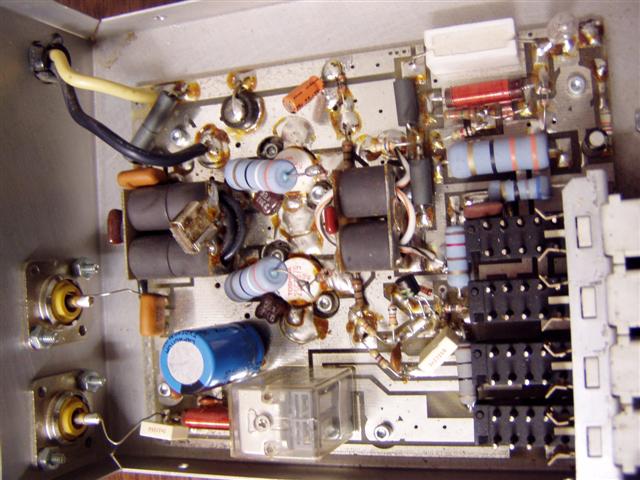 Now back to the clean signal aspect of this amplifier. People who want a amplifier with a clean signal (relative to other export or CB type amps) choose this amplifier quite often over the class C amplifiers as the Texas Stars are known to produce a cleaner signal. This comes at a price though, the Texas Stars will also draw more amps than most other amplifiers in the same power output range. This means that to get the same amount of power as some of the class C amplifiers the Texas Star will often draw a 1/4 more amps to reach the same numbers. With a proper install and enough amperage from your alternator though this really shouldn’t be a defining issue.

For daily SSB use the Texas Star amps do deliver a very clean sounding signal. In testing with other stations we found that the Texas Star gave a sound very close to that of the barefoot radio with the main change being louder sounding audio when running the amp. In terms of an increase in signal strength locally a test from 40 miles away yielded an increase of 2 S units signal with output at 220 watts compared to a barefoot output of 30 watts.

The Texas Star line of amps is easily identified because of their unique use of push buttons instead of the switches or toggle switches commonly seen on other amps. I don’t know the rational behind using these type of switches but they definitely give the Texas Star amps a different look. Personally I believe over time that other types of switches would last longer and be less likely to be effected by dirt and wear, but there are many aging Texas Star amplifiers still out there and working perfectly so perhaps my deductions are flawed. 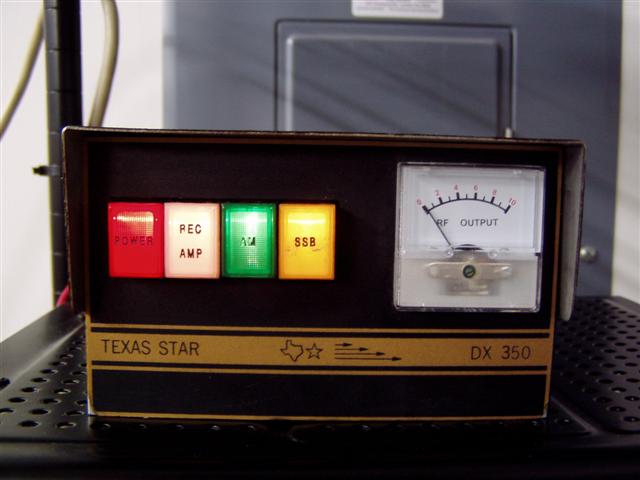 This particular amp has a ON/OFF button, a Pre-Amp receive button, an AM button and a SSB button. These buttons light up when depressed letting you easily know which mode or function you are using. They have a positive engagement feel, although on a couple of occasions I did find myself pressing the wrong button when not paying attention. The amp has a heat sink on the bottom, but does not have a fan. While running it for 15 mins with keys every couple of minutes with PEP of around 230 watts this amp did not heat up much. I had been told that these amps will commonly get warm during use and I expect if driven harder that would be the case, but adding a fan to this amplifier would be quite easy.

Aside from a clean sounding outgoing signal the other aspect of this amp that really impressed me was the Pre-Amp receiver. Out of the all the amplifiers I’ve ever owned I’ve only seen one or two where the Pre-Amp working well enough to even consider using it. The Texas Star Pre-Amp function on the 350DX works surprisingly well. It amplifies weak signals very well without the common problem of pulling in a ton of static and electrical noise. I know on some other pre-amps I’ve used that when you turned them on all you heard was louder static and the far off stations just disappeared altogether. Not the case with this amp. I tried it on multiple occasions on both AM and SSB and it worked really well.

In testing of this amplifier I did run into a high SWR problem during deadkey testing in the mobile. Once modulation was introduced the SWR went back to normal levels. When tested on the base though I did not run into this problem, so it was specific to the mobile install. I’ve heard from other people that these amps are known to have some SWR problems on occasion so although I won’t call it an inherent problem it’s something to be aware of.

The case construction of the Texas Stars would be my only other complaint, they use the thin metal removable top piece seen on many of the older style amplifiers. I much prefer the stiffer build of the cases as seen in the Magnaforce line. If they could beef up the construction just a little bit I think it would add to the durability of these amplifiers. 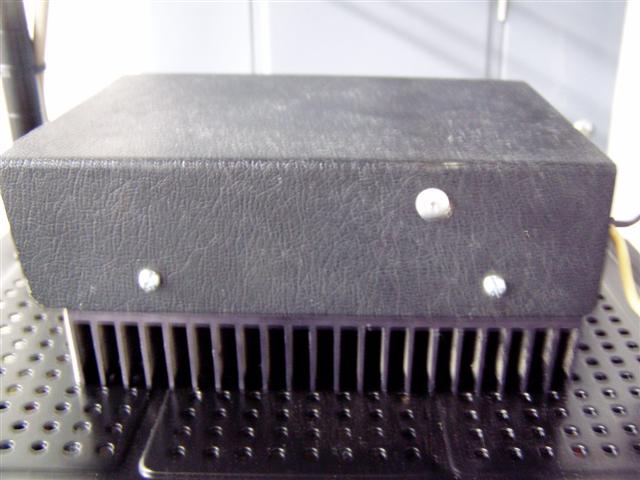 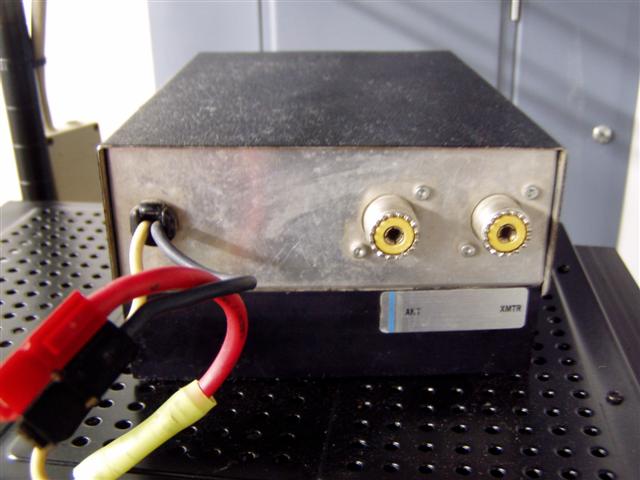 These amps have a nice big meter but the one I received for testing had a broken meter. It was easily replaced and attached in two points to the main board with some quick soldering. 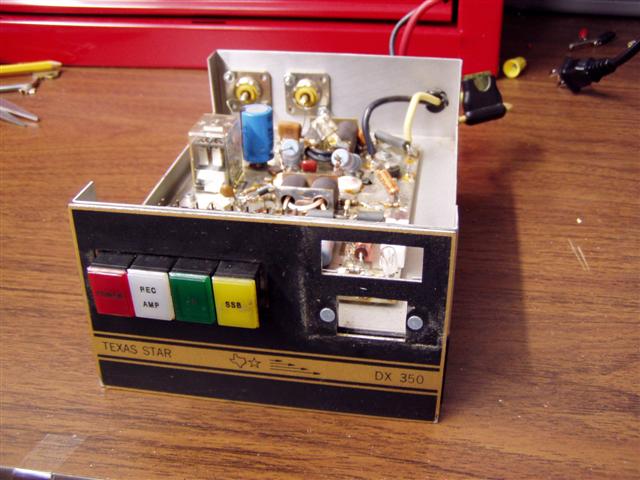 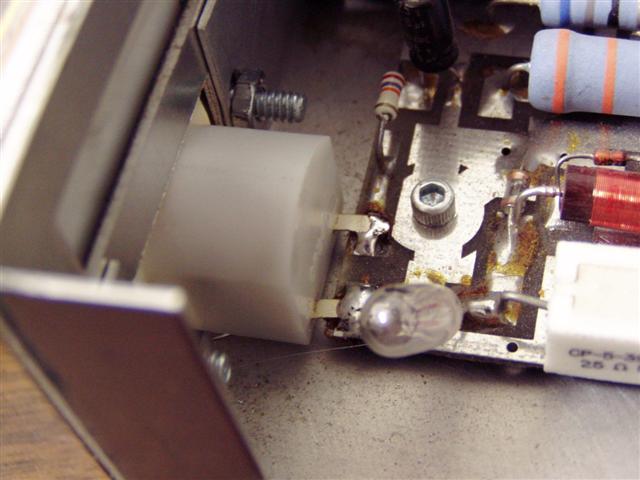 Overall I’m impressed with the performance and signal quality from these amplifiers. Their design will appeal to some but not others. They are great on SSB but they will pull more amps from your electrical system than other similar amplifiers. Output numbers were as expected and during use I didn’t run into any heat issues. The Pre-Amp really surprised me and if that is a feature that you like to have on your amp then I would definitely consider the Texas Star line.