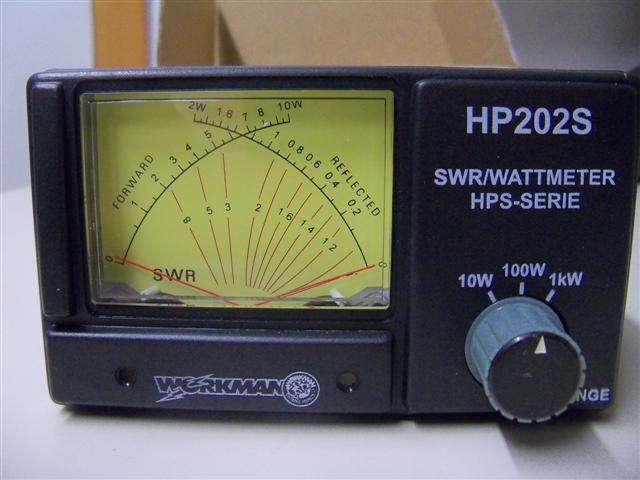 An SWR meter is a required piece of equipment for every serious CB’er. While most radios come with a built in SWR meter in most cases they are neither accurate or offer a large enough scale for proper measurement. This is why most CB shops or CBer’s who know the hobby will recommend for new CBer’s to purchase their own external SWR meter.

External meters are usually going to be much better at giving an accurate SWR reading and that’s very important. A bad SWR (Standing Wave Ratio) can result in damage to your CB radio and so an investment of $30 is worth it to protect the $150 investment in your radio.

Good SWR meters can be expensive – $50 to $100 and many people just coming into the hobby don’t have that type of cash to throw around after buying a radio and antenna. That’s one of the reasons I decided to review the HP202S. It’s a cross needle meter with a large display, it’s rated for 1KW (although I doubt it’s built to handle over 500 watts) and it’s priced as low as $29.95 on some websites.

The meter is made by Workman which is generally known in the CB world as making some good and bad items as far as quality is concerned. I’ve had hit or miss experiences with them in the past and while some products surprised me other left me disappointed. The box is quite simple and the items comes with minimal packaging. 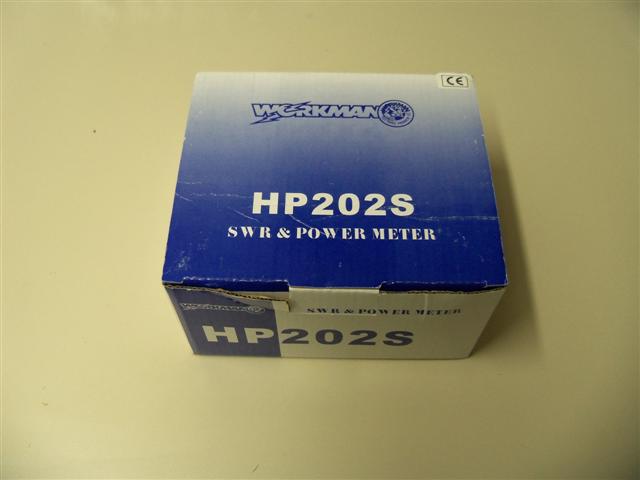 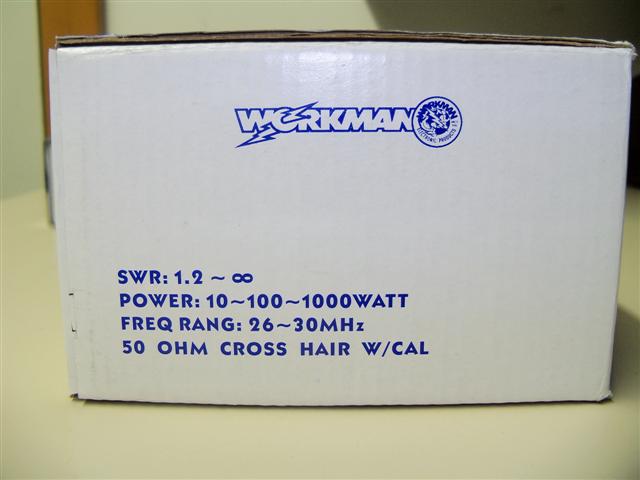 Looking at the front of the meter you’ll see it is setup very simply. There is a knob to select your wattage range but other than that there are no other controls or knobs to mess with on the front.

Looking at the back of the meter you’ll see the coax connectors which are clearly marked for the antenna and the transmitter. 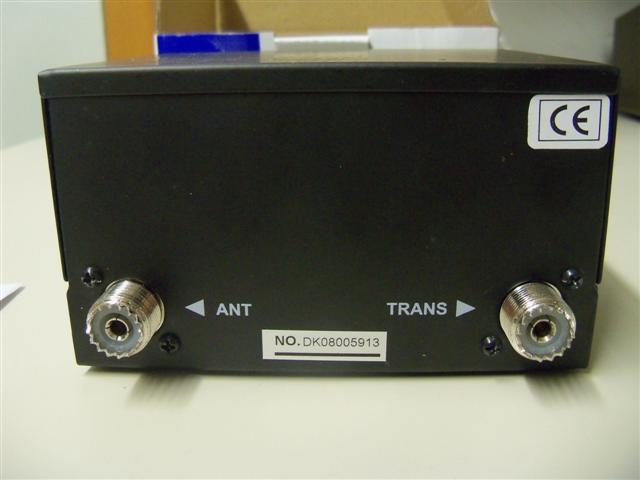 I didn’t have high expectations for a $30 meter but after testing it for a little while I found it’s performance was good enough for the average entry level CBer and it was definitely better than the standard meter found on most CB radios.

I also tried using the antenna in a mobile situation with an antenna that was badly tuned and found the meter displayed an SWR of 2.5 which showed it will let you know if your antenna is in need of adjustment.

So while the accuracy of this meter may be slightly off from more expensive meters I found it offered close enough measurements for SWR and in perspective it definitely is an effective tool at $30 for new CBer’s to use for measuring their install. If given a choice I would probably still recommend the Radio Shack 21-534 which always impressed me, but since that model is $15 more expensive and discontinued the HP202S is a good starter meter.

Now for wattage measurements the meter isn’t the greatest. I found that on the 10 watt scale a carrier of 3.5 watts was shown as 3 watts (not awful) but at 100 watts input the meter read 80 watts which is a fairly large discrepancy. So if you run an amplifier and are looking for something to read higher power levels this meter wouldn’t be my first choice. Also this is not a peak meter so it won’t show peak wattage and is not an accurate meter for measuring “swing” or SSB output.

People in CB sometimes become a bit elitist and forget that there are 1,000’s of new people joining the hobby everyday who aren’t looking to bust the bank when buying radio equipment. So while we all would like to own the more expensive equipment that is of a higher accuracy sometimes CBer’s have to settle for what they can afford. If you’re on a budget and in need of a external SWR meter that can give the basic readings and do a fair job at it this meter is worth a look.